OPeak: It's Not Lonely at the Top

We'd been a few times to Osmena Peak, Mantalungon, Dalaguete with friends; and, they were always in a good weather. But when we finally brought the kids with us, the weather decided to act up. @.@ 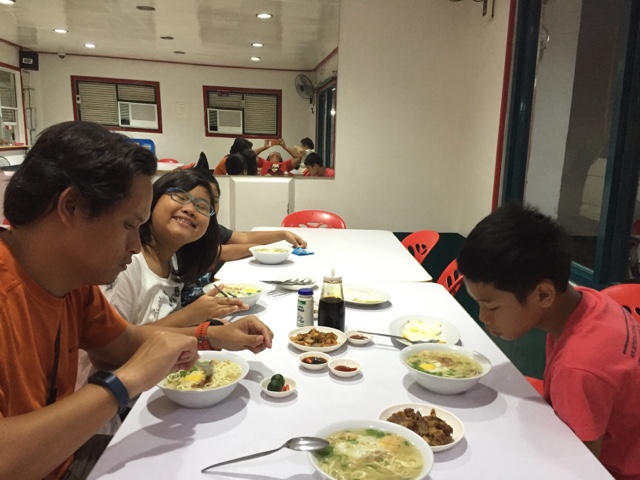 We took the usual route to OPeak: parked at the Barangay Hall, then walk through a farm which was muddy because it was raining before we got there. 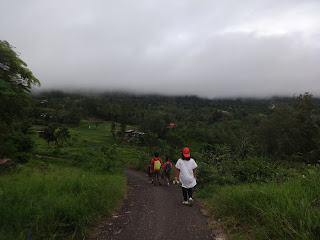 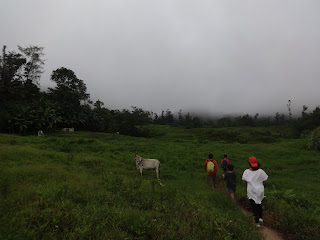 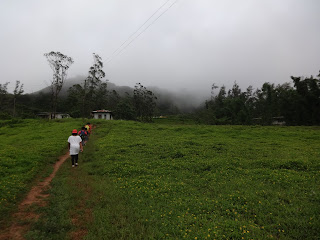 There's actually a parallel road to this farm which cars can pass thru. So the kids felt pranked when they realized it. :)

Meg kept saying about the trek, "Papa, it looks easy on The Lord of the Rings." 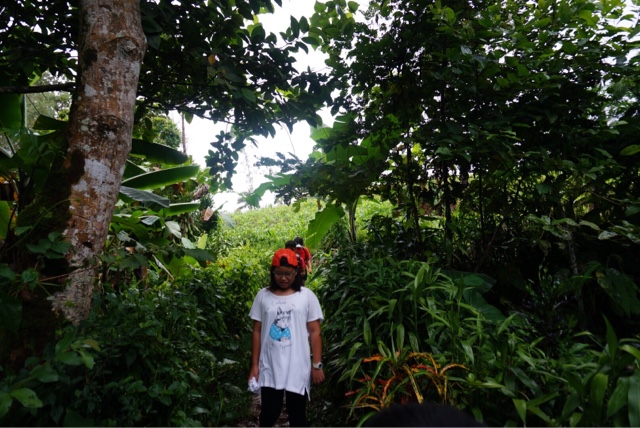 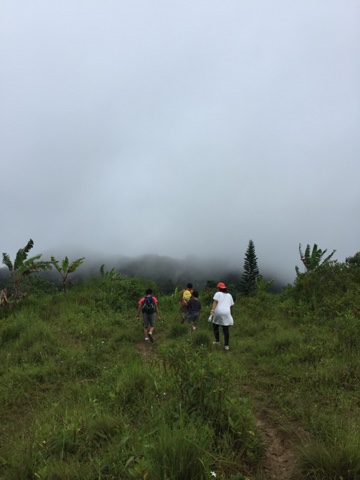 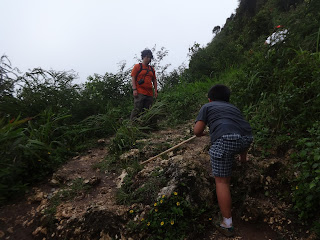 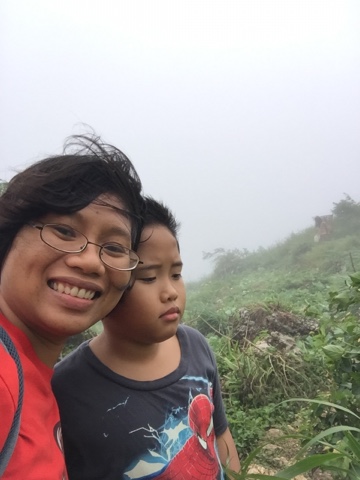 So we split. Mark got the 2 kids up, while I got down with Mati back to the registration building. 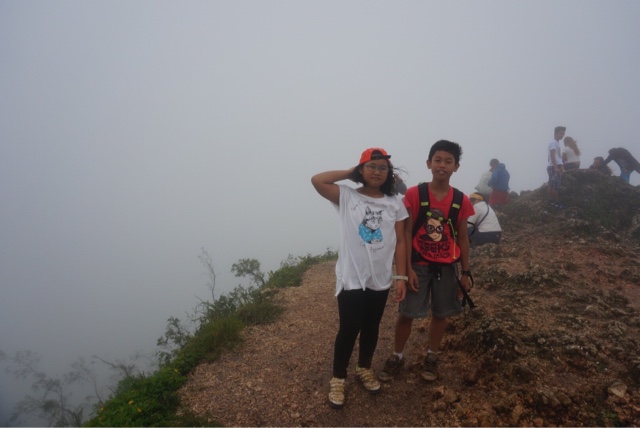 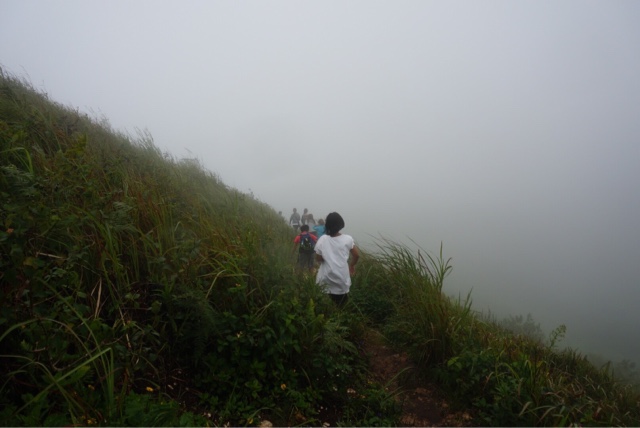 Mati was grumpy. I guess both from frustration and being scared of the strong winds.

After 15 minutes, Mark with the 2 kids arrived.

When the sky looks a bit clearer, we tried hard convincing Mati to trek again to the peak.

So this happened, second ascent. :) No time to care about the photobomber; we just want to get done with it before weather decided to be crazier. 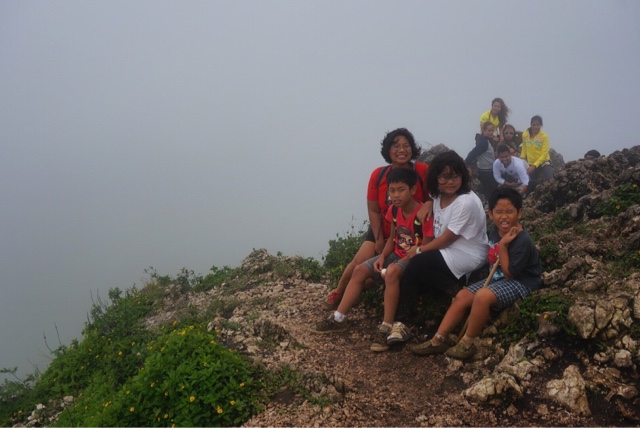 Mati was still not happy because he only got there once while Migi and Meg did it twice. Oh well! It's definitely NOT lonely at the top because the kids don't care.

We're more relaxed on the 2nd trek, so Meg was asking me to take photos of her which she can upload to her facebook. @.@ I was happy to oblige. 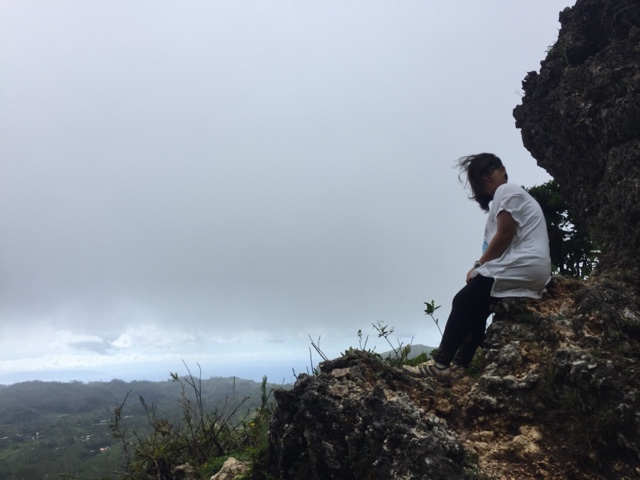 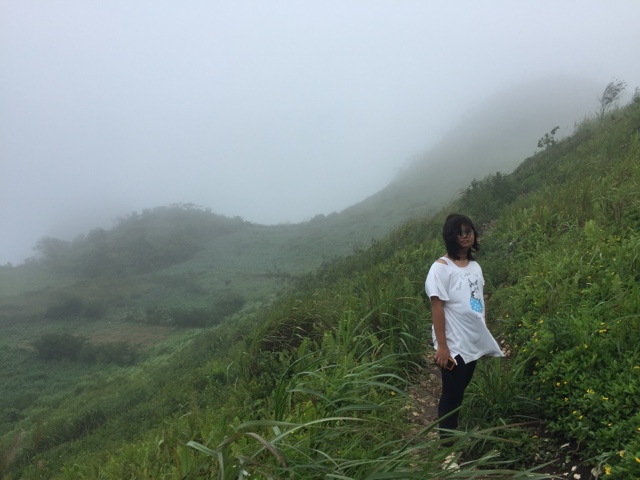 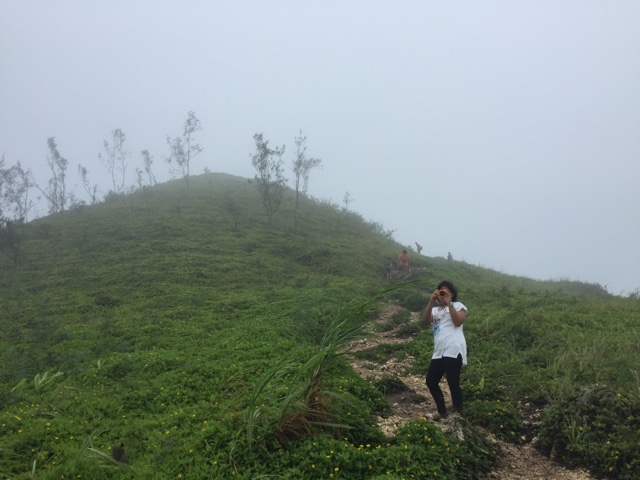 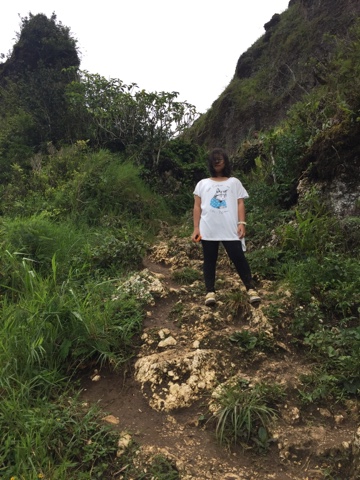 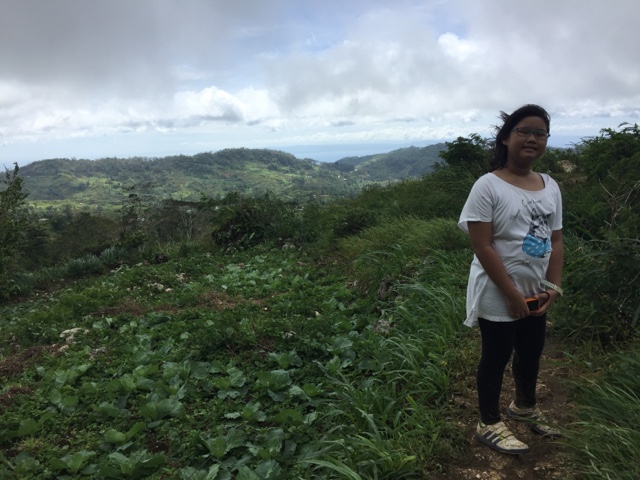 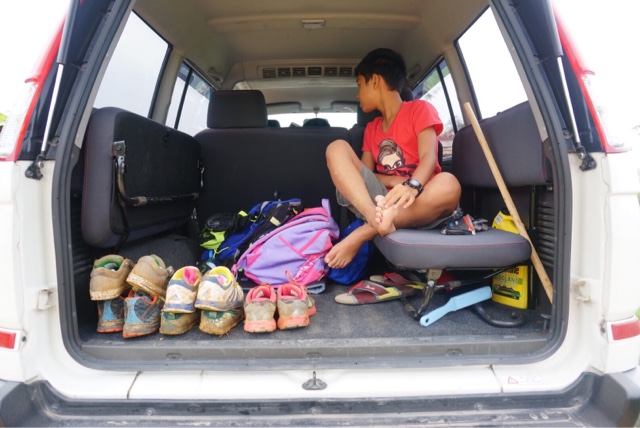