I now noticed Linkedin has a "test score" feature. And, it made me realized why I'm probably the least person who will be impressed with honors and awards. It was because I was once an "honor student."

I graduated valedictorian back in our small town Badian elementary school.

I would categorize myself as the "bright" kid who needs to study to have good grades. I don't think I was "naning" back in my elementary days. It's just it was natural for me to open my notes, and study without any one telling me to do so. My mother was a high school teacher but I don't remember her asking me to study, or help me with my homework. I was just that nice kid.

So I graduated valedictorian because the naturally smart classmate of mine who was always the first honor student since in our kindergarten days, just was no longer getting high scores. When I say naturally smart is that because he can engage in a debate with older people. He could give out-of-the-box answers, while my answer was memorized from the book or notes.

Stealing the valedictorian rank from the consistent first-honor student did not fail to provide drama to my graduation. Somehow, the mother of my classmate did not take it well. She did not directly attack me. But still, I felt weirded out. Seriously, I could give back the award to her son without hesitation.

Came high school, both of us plus the 3rd honor went to the same school.

And, I guess high school was the time I started loathing this "award" system thing. I was feeling the pressure of performing well just so I could prove to my home town that somehow I deserved to be the valedictorian of Badian Central School.

And somehow the "hardwork" did pay off. I did not graduate valedictorian, nor top 5. I forgot what was my rank. I knew I graduated high enough in the rank to be above that classmate in elementary. I think he was no longer an honor student in high school. But I know he is really smart, he was probably trying to rebel from that "pressure" in high school.

So came college, I promised that I would never ever ever do that again, getting good grades because of imposed pressure from my own made-up society's impression of me.

Funny, how a new feature in linkedin brought so much memories. 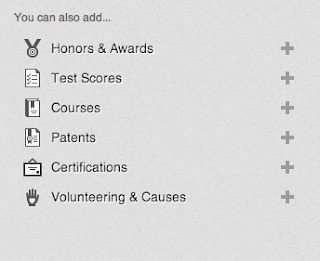