It's almost the end of the year, and, I have done nothing much of some to-do stuff I have mentally think of years ago. So I'm writing this one, as they say, broadcasting  what you want to the universe will increase its probability of becoming realized.

* Weed out clothes that are no longer used. Mark had already done a lot of weeding out his stuff so I only have to do mine, and the kids. We do not have much stuff but we have very small space.
This is my whole stuff. I don't really have much. I have, either, threadless shirts or free singlets and finisher's shirt from the races I joined. 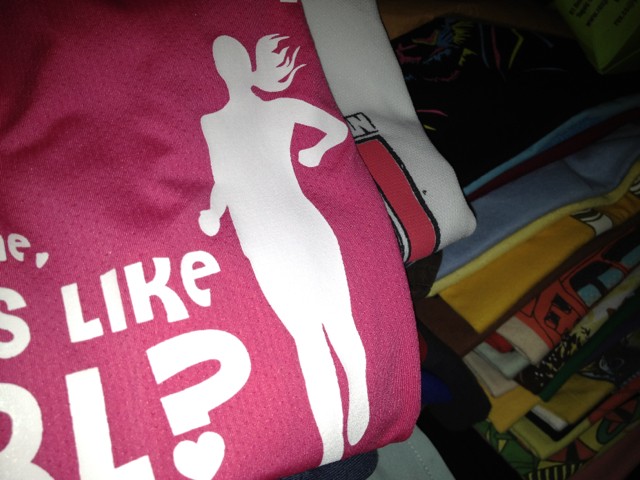 I certainly need new "smaller" sizes of clothes. The safest size for me now is medium, though I have a few small sizes. I think I lose weight. I really have no idea since I haven't weigh myself.

* Fix our screen doors. Seriously, I would be such a fail if these screen doors would not be fixed before the end of month. This is the topmost priority.

* Add more hanging bagol (empty coconut hust) pots therefore buy more bagol and driller "ammunition". I had one side of our fence already completed with hanging bagol. I love how it feels. Though, planting lettuce and kale was not a good idea. I think I'll use more traditional and warm-loving plants on the nexts.
* PASSPORT. I don't know how many times I attempted to process our passports in between the years that there there was NO piso fare yet, and now that probably the whole Philippine population except us has been to Disneyland HongKong already.

The things that stop me from perseveringly(?) completing it are:
* I'm generally not interested.
* Mark does not want to line for NBI clearance in lieu of a baptismal certificate, as he's baptized somewhere in Metro Manila. And, I don't feel comfortable cheating for it.
* Going to government offices depresses me!!! Don't let me start with how they love unnecessary queues for every little thing. end of story


* Cabinets / organizers closet. Our house looks like one garage. Bicycles and kitchen stuff sprawling around. As I said, we don't have much but we have a dollhouse.

Hopefully, by December, we can get started with this. Note to Mark's bonus if ever he still has. =)
at 10:50 AM