This week, i'm a recipient of the lines "negative man, ma'am. Wala pa man. Suwayi lang balik." "Baliki na lang ugma kay hapit na 5pm manguli na mi." "Di jud mi kahibawo kanus-a sya naa, ma'am. Baliki na lang." "Kani ra jud nga telephone number nimo sya ma contact, ma'am." Tawagi labg balik diri."
When you live in your bubble where everything is just a click away, those lines can drive you crazyyyy!!! Until giving in to bribery tactic is so tempting to do because bribing is most cost-efficient over spending time and fare going back again and again just to be told to come back again. @.@
But i don't want to go into blatant "bribery" because i have high respect of them. I think it's insulting to bribe someone, both for me and him/her.
So i resigned to just go with the flow, take the time to smell the flowers. From setting my mind to finish the task in the most 2days, i made it to maybe 2 weeks and just let go of my other due tasks list.  With that mind set, i killed my time to know some of the persons in the office -- in short "chismosa mode."
And, I realized that government transactions is about making relationships with government personnel. And making relationships takes time, and so transactions take time to be done.
And somehow, i'm thankful because they remind me to "smell the flowers." I was lately in a made-up overrated busyness, in a hurry to get things over.
And the sleepytown of government office reminded me of why i, somehow, clicked in what i was doing and going to do. It somehow reminded me of my "strength." :)
Doing things rushly just to get over it can take the "soul" away from the project. And, I guess however bad a project turned out to be, as long as there's sincerity and the soul of doing it, it will always turned out fine.
Honestly, this coming event project we're working on is probably the most boring one i encountered. And with everyone of my friends in the team busy with their own more urgent projects, i have no choice but to step in and do the most boring detail of an "event" project -- getting the permits and all the paperworks.
So in short, i was in a project that i'm not interested, and doing the most boring part of. I certainly did not have my soul in it -- which is the shortest way to failure.
So i tried hard to pull my soul out somewhere hiding, and make it work.
I just have remind myself again that MY JOB IS TO MAKE UNINTERESTING BORING THINGS INTERESTING EXCITING the most I can do.
And, my first step is actually get "chismosa," be interested with the people around it.
The Technical Director i picked up from the street - manong tricycle driver. He knows best where the least traffic street is :) 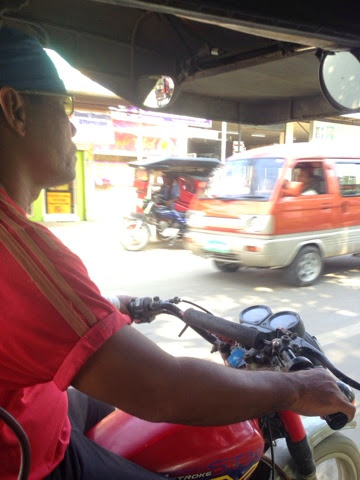 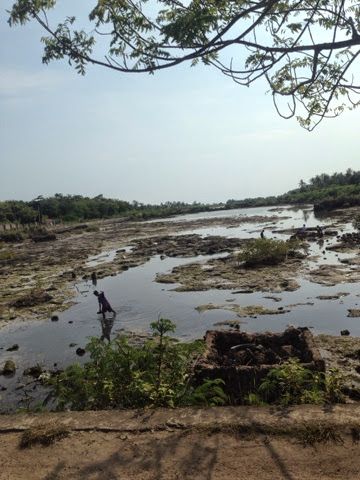 With some of the people behind the race, i won't mention who they are. #chos And there are more of them, whom I will get to know more in the process. 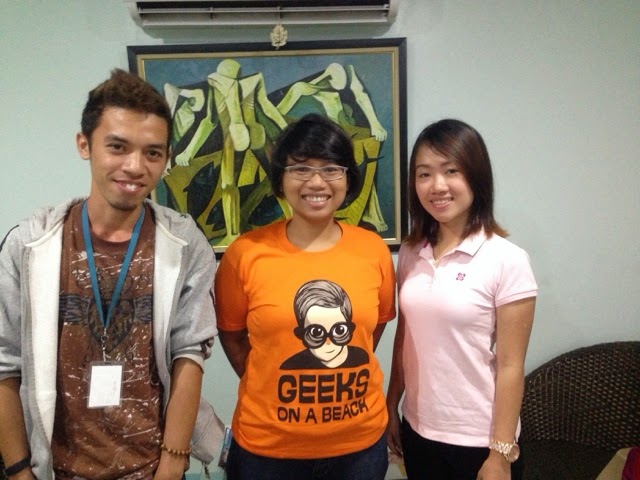 And, thanks to #marioph (sorry if i'm being insensitive) but it made the governement offices yesterday had less traffic of people so i was easily entertained. And THANK YOU to the government staff who were there despite the storm, and for some importAnt realization! 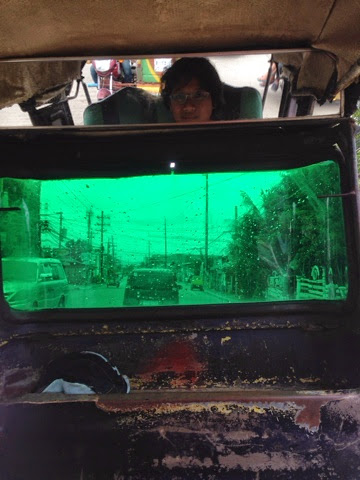