Finally, this blanket crochet project of my mother is done. 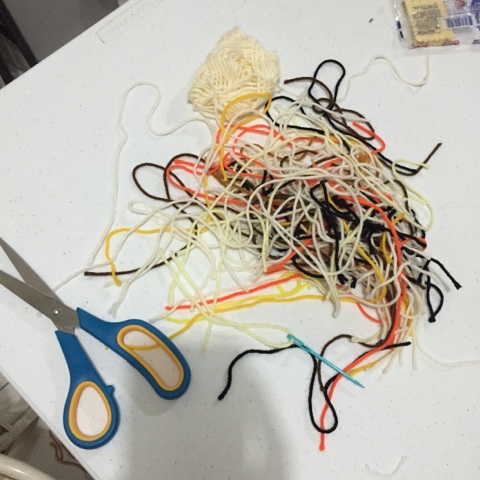 Probably 6 months before her terminal diagnosis, she got into crocheting again. I could remember when I was small, she hooked a lot. She would make small pieces of table accessories to dresses for me, which I did not like to wear because it's kinda heavy.
When Karla of @damgocebu (check IG) started making dreamcatchers sometime in 2014, I remembered my nanay's crochet hobby. So I bought some materials for her, printed out patterns. Then, she started working on blankets for my kids. She had done one for Margaret and Mateo. She just had started for Miguel, but was never able to progress much because she's feeling all sorts of "not-feeling" well. That's when we got the diagnosis.
When the diagnosis came out, probably to cope up with it, she said that she would just go home and finished Migi's blanket. But she got weaker and weaker. It was painful to see her getting frustrated of not being able to even hold the hook. So we promised her that I would finish it in case when she really needed to "rest."
So slowly I took over the project. I begged her many times to pick an easier pattern because the pattern looks complicated (I'm a very beginner.). But she refused because Migi chose the pattern, and she kept saying that it's an easy pattern. How could I say no to a very sick person?!?
Anyhow, I took it as a way for me to take my mind off from the sad situation -- my own coping too. Then I stopped when she got so "balisa" (needy and probably in much pain).
Then I continued working on it again after she finally went into eternal rest to take my mind off from the recent happenings.
Then I stopped working on it again because I feel "grief" looking at the yarns. I stored it away from my sight.
Then, my uncle Ambo was back from Africa (He's OFW working in Africa for 4months then home for a month then back again.). He was here when Nanay passed away. They were saying she was waiting for him; she passed away a day before his flight back to Africa, and so he had to cancel his flight to attend the interment.
So seeing my uncle, it means it's been 4 months already. How time flies.
Somehow, I should finish it already. We kinda need to move on.
(That all-yellow patch somewhere in the center is what my nanay started.) 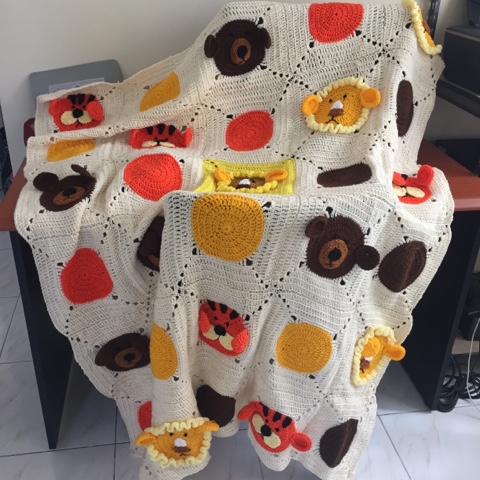 Thank you for this, nanay! It's a beautiful symbol from you about life, love, and maybe death.
at 9:13 AM

Email ThisBlogThis!Share to TwitterShare to FacebookShare to Pinterest
Labels: #projectuglycrochet