That mundane daily life of the people living in the places I visited has always been something I wanted to experience but it's just that hard to capture them in a short time you stay in it. I really wanted to feel how it is to be there behind all the department of tourism marketing, and instagram drool-worthy photos.

I probably have mentioned it here many times that I could just sit in a corner and just people-watch over going to a theme park. I mean people (behavior) are way more entertaining than the shock-and-awe theme parks or tourist spots.

So on this day while Mark was in seminar, I decided to have my own seminar. Kidding! I attended some kind of a knitting session. I was going to be an AUNTIE of Singapore.

So from Changi, I commuted to Chinatown and went to the Golden Dragon store we visited the other day (They have free knitting lessons but only if you purchase yarns from them.) It was like traveling from Danao to Cebu City; this, I don't know if an Auntie of SG would go that far just to learn to knit.

The knitting area of Golden Dragon was like in a waiting area of a school, a mix of young hip females with their cool projects who come and go, and then mostly the "oldies" whose kids are grown up, or those older single women knitting baby wears for their nieces and friends' babies. My conversation with them was quite limited just like my learning to knit was because I really had a hard time understanding their Singlish accent. But it was nice to hear them talked about a bit of their projects, and also taught me from time to time with my knitting.
(Photo from Cindy.) 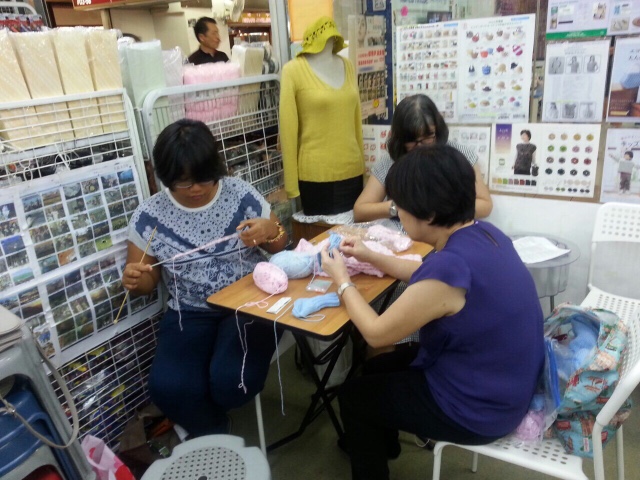 Cindy, wife of Mark's cousin & my grade school classmate, followed me. She was probably weirded to see me holed-up in that "boring" place.

I was planning to stay there for 2 hours but Cindy ended up trying to learn to knit also. So it was already late in the afternoon we're able to get out. 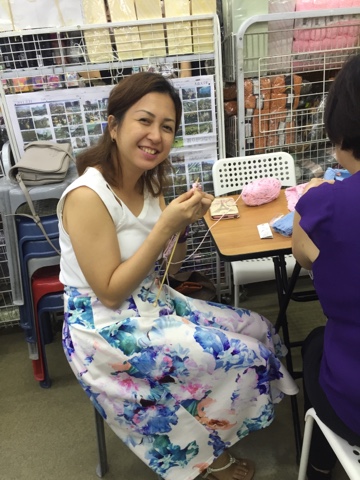 Just like a good "host," she toured me to Clark Quay and to the obligatory Orchard Street after. She brought me to the biggest bookstore in Orchard Street, though I felt Fullybooked BGC is bigger. But it has more book titles. The kids / young adults collections are really so big. Meg would really go crazy. I had to control myself to just pick the titles the kids were asking me to get because there were a lot of interesting titles. 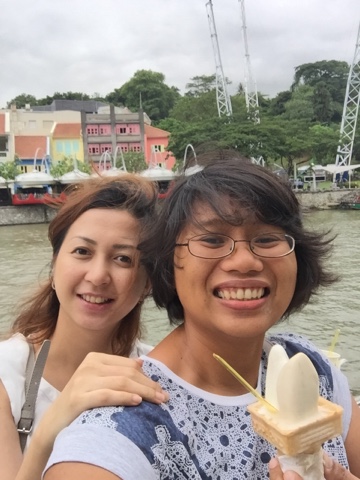 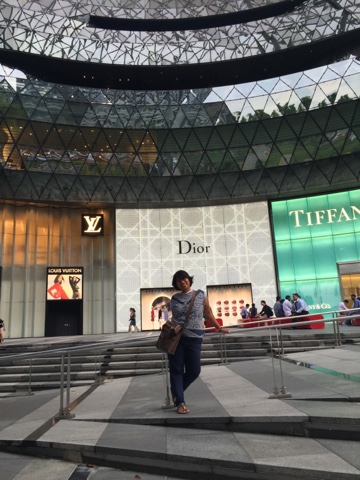 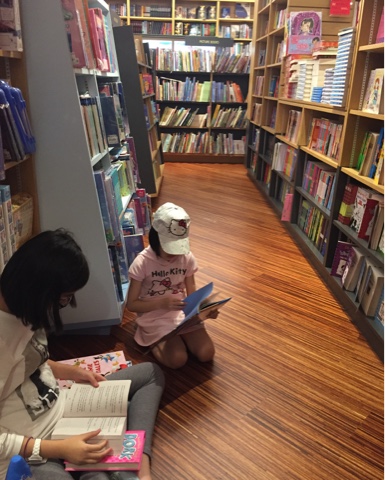 It was already peak hours when we went home! Tight standing-only trains all through-out, then looking at my NextRide app and it says 30 Bus stops, talking about mundane routine. Then you go to the hawker, and the enthusiastic "uncle" serving his nth teh tarik of the day to you, it's that warm mundane kind of thing. 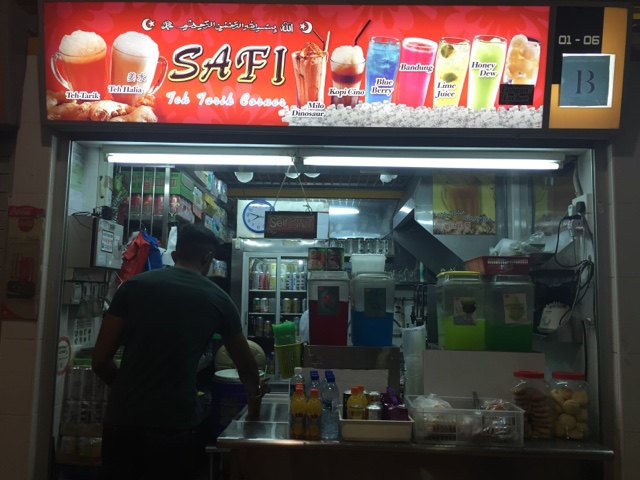 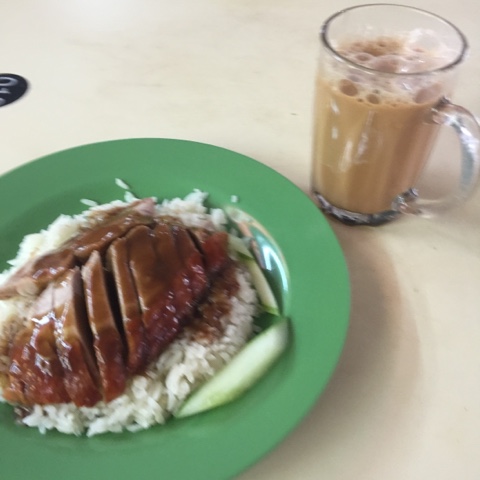