I think we gave up on the idea of having a "best father" awardee or best parent awardee in this home long time ago. We just suck at it.
Over the weekend, Mark asked the kids to call him the bestest father.
With Meg, it involved cheetos and Jollibee breakfast for Mark to be called the bestest father. Meg's standard for bestest father is bribery. :) 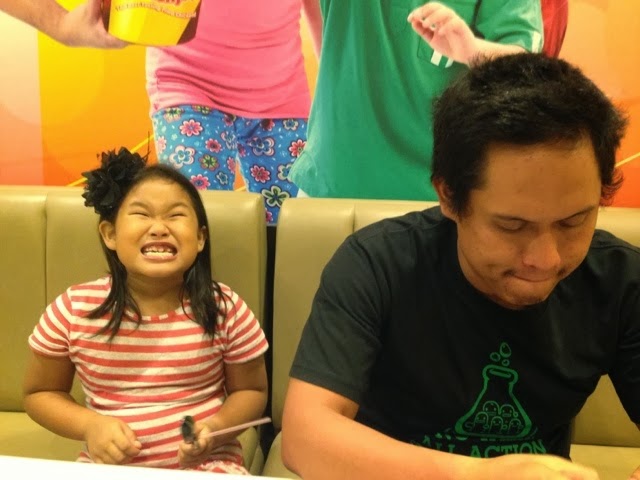 With Migi, it involves biking in "another mountain," which did not happen over the weekend.
(Pic was last last weekend.) 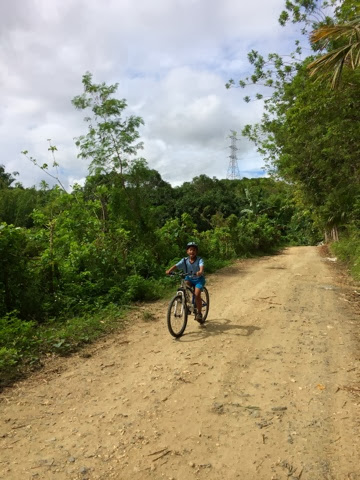 While for Mati, the bestest father is the security guards because they have guns. Mark has just no chance with Mati.
Listening to their squabbles of how Mark can be the bestest father, somehow, I could say that it's probably hard to be Mark. I mean we kind of accepted long time ago with the demand from his work, we just have to give up the "best father" pressure. It's like it's easier to get a new bike for Migi than find the time to go with him find a new mountain to climb. It's not really a scenario to be proud of but it's... yada yada yada...
On the other thought, the three of them agreed that once-a-month Jollibee breakfast can make Mark the bestest father.
at 10:10 PM