A Long Narrative of my Quick Trip to Manila / Batangas

Because it was my first time to fly alone, it deserves a blog post. Mark was already ahead for a conference. And, we decided to take a side trip to Batangas for the Taal Volcano Trail Run http://aktib.ph/968-1st-taal-volcano-360-challenge-25km-trail-run so I followed him. 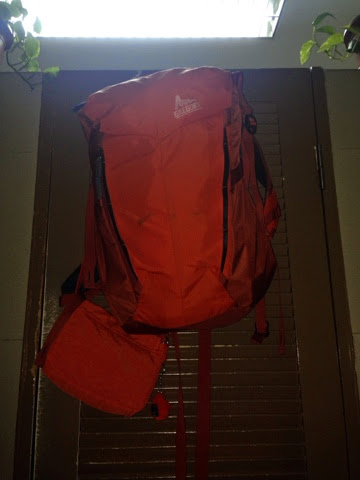 Thing is the technical details of travelling are always taken cared of by Mark. While, my role is usually to approach strangers for directions and to order food.
(The cebu pac's kiosk check in let me choose a seat for free! Though, it was not the case at NAIA.) 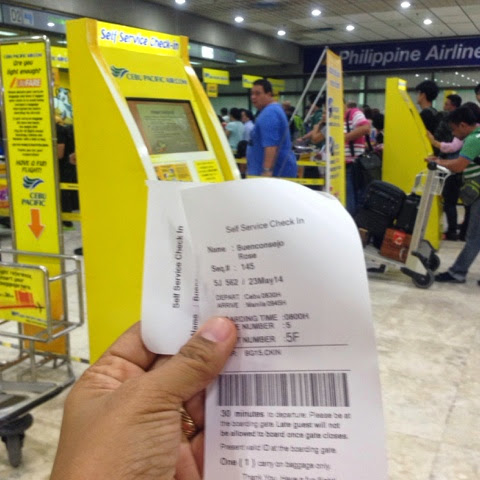 Thus, checking in, waiting for the boarding stressed me so much since there was no one to watch them out for me. I felt like falling off from my seat everytime announcement was made on PA system because I felt it's saying that my flight already had taken off. @.@
The worse thing was that despite paying close attention to the details, I still lined up at the wrong gate when boarding. @.@ Going thru a thick crowd to transfer to the right gate did really scared me that I might be left behind. 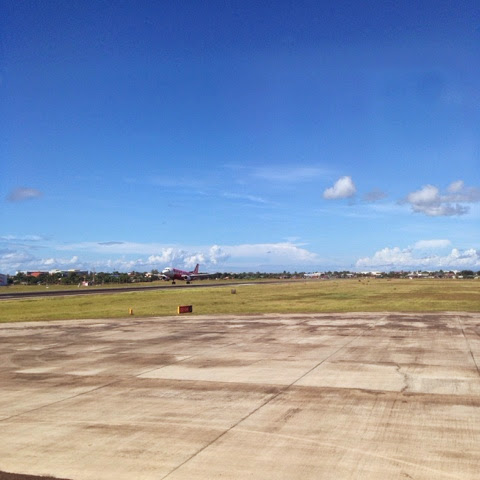 Last time, we were in Manila last December, a shooting incident happened hours after we left the airport. That one also worried me so I wanted to leave NAIA the soonest. I was asking help from a security personnel when he told me:
"Ma'am, nasa Maynila na po kayo. Hindi kita maintindihan. Tagalog lang po."
That one was a jolting welcome to Manila!
At terminal 3, made my way to Nissan Rent-a-Car booth but no car was available. They led me to another car rental (forgot the name), and the driver was a pure Tagalog who kept pointing out my "english speaking," asking if I was to meet my foreigner boyfriend. So I had to keep explaining to him that I'm still trying to adjust my language setting.
Kasalanan ko ba ang gahi ng tagalog ng cebuano?!?
Aside from pointing out my language skill, the driver discussed about politics. And, I noticed that Tagalogs are really more passionate about national politics / issues over cebuanos? Maybe because of their proximity to the national offices. 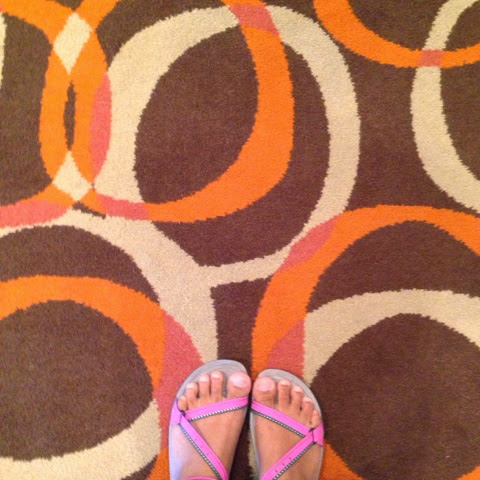 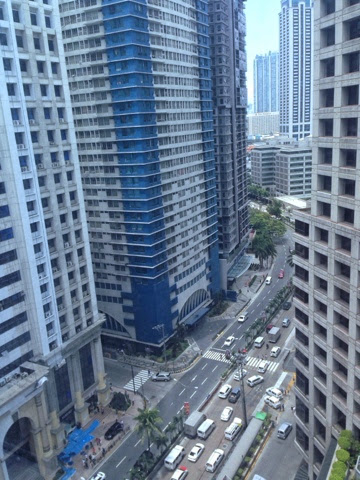 We went around Robinson's because it was just beside Crowne Hotel where the conference Mark was attending was held.
Lunch at Singapore resto something 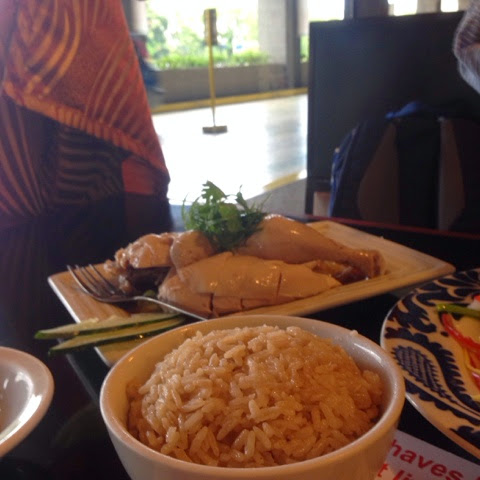 Met someone from itemhound at starbucks which was across the Edsa Shrine, still part of Robinson's 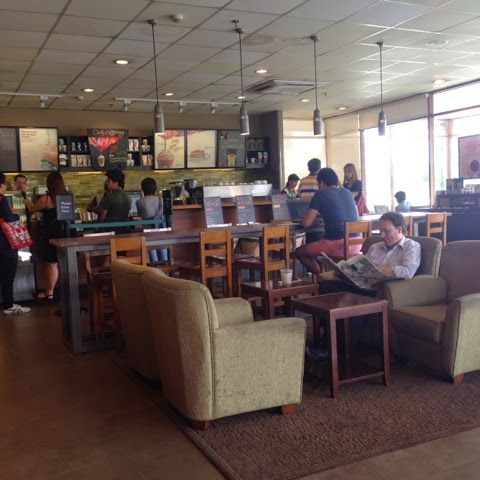 Eat at a Viet resto, and Phat Pho and Big Bangkok Little Saigon here in Cebu are still the yummiest viet food maker for me. 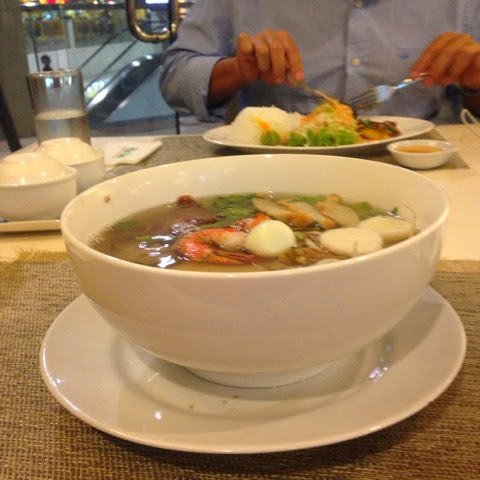 Then went off to Batangas for the race via Uber car.
I then learned that going to Tagaytay is just a breeze especially thru SLEX. It's the trip from Tagaytay to Talisay, Batangas, where we were staying, can be a bit complicated.
Looking back, the uber ride was tad overrated but with the little time that we had and little knowledge of how it works, it was just worth it. So these are probably other "betterl routes i can think of of how to to tagaytay then batangas from manila:
* rent-a-car to sta rosa via SLEX then bus to tagaytay
* laguna buses that will pass via slex then take another bus to tagaytay
* or simply bus, as long as there is no traffic, it's probably just 1:30 travel time.
Going to talisay / tanauan Batangas, we just took tricycle because we're too lazy to figure out the jeepney system. Terminal in Rotunda, Tagaytay for tricycle is at McDonald's where bus stop is also located. If from
Tanauan/talisay, batangas to Rotunda, Tagaytay, it's P300. Yes, it's pricey and worth it because the road is an all uphill climb. I think going down from
Tagaytay to batangas is cheaper but we just opted to pay p300 too. There are other routes too, but the Ligaya drive which they also call Sungay is scary because it's so steep!
I wish we had more time to explore Tagaytay to find some local old timer coffee shop, and carenderia for a good old bulalo. According to chay, beef is what is tagaytay / batangas popular for.
Anyhoo, the view of Bag of Beans is pretty, it makes their coffee barako extra great. 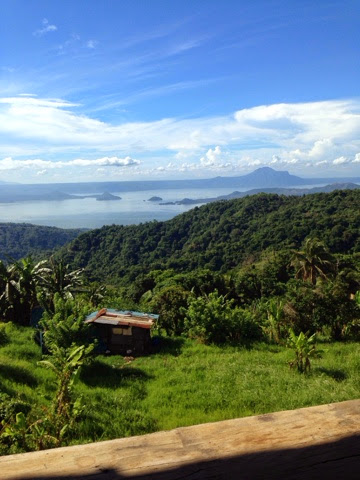 And a not-so walking distance away from
bag of Beans is Tootsie's, where food was so-so but their beef was really tender, and their lengua really melts in your mouth! But over a great conversation with a friend, they all turned awesome! 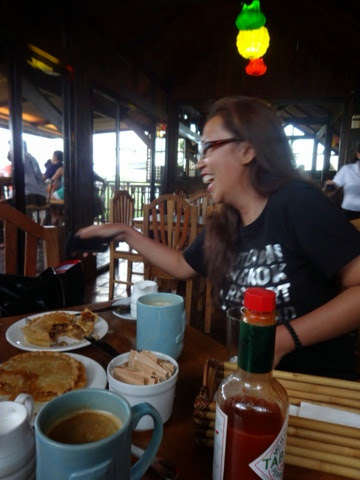 Going back to Manila, we took a bus! Then got off at Coastal Road per friend's instruction. 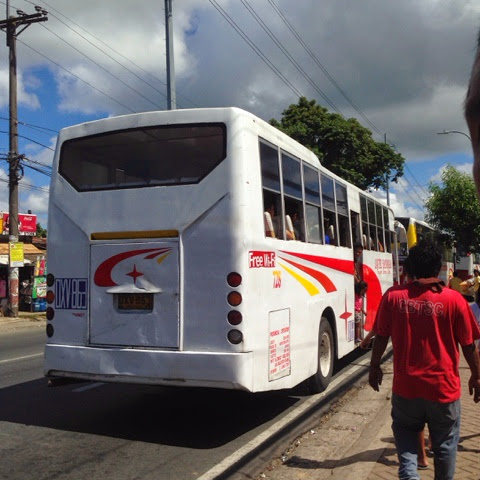 We kill-time at Resort's World which was a fancy place. I kind of wonder what's the crowd there. It seems mostly people who just arrive from abroad, or about to
Leave for abroad. 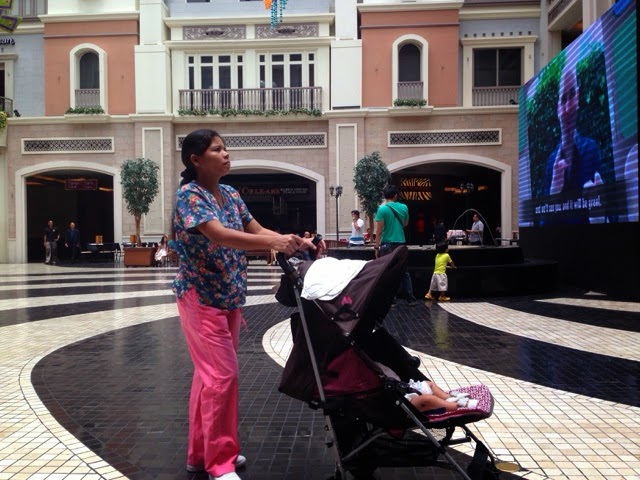 Lunch at Mrs. kurusogawa (or something that sounds like that), which according to foursquare is owned by Marvin Agustin. I'm no japanese food expert but food was like rai-rai ken on a steroid price. The old lady beside kept saying "bad service."
Nevertheless, food and service was so-so okay on our end.
Resorts world seems to be not so fond of letting their customers do some labor. 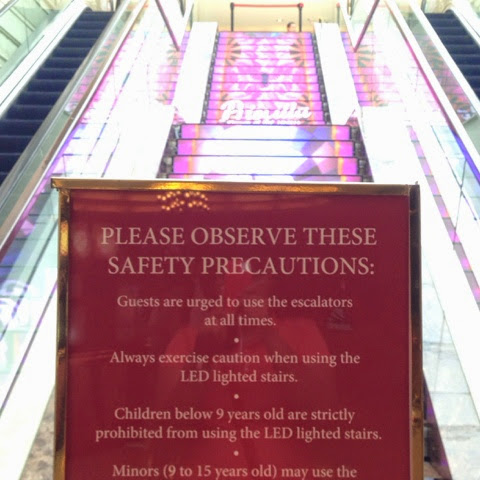 There's a shuttle bus from resorts world to NAIA terminal 3 for free, which parked at Remington Hotel.
For some reason, Terminal 3 was so hot! It made Terminal 4 not so bad.
So that was my quick trip!
***
For my Taal Volcano 360 Trail Challenge race story, it will be posted soon at http://aktib.ph! 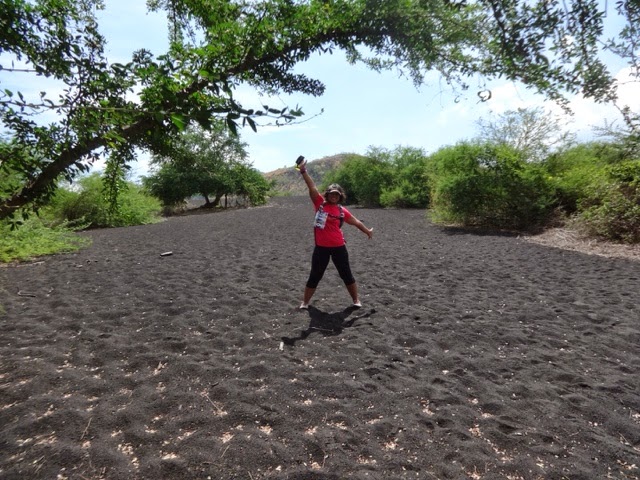