But for now i call it "everyday lab" because this is an experiment. Though the friend, xtin araneta-enrico, has been in the underwear / lingerie business but this is her first time to focus on sports wear. You can check more of it at http://everydaylab.tumblr.com.
So our first line is this sports bra which she insisted to call it ligh-support bra. The friends who had tried it said that it's pretty much a comfy wear. I guess it has to do because it's "cottony."
So this afternoon, i finally was able to be not lazy, and move my ass to do a very short run around the subdivision and test the sports apparel. :)
So verdict:
* indeed it is comfortable
* but i could not yet say i could use it beyond a 10k run. So it's something i'll test.
* i'll more probably use it on yoga or gym (if ever i could still muster some courage to attack weights and such)
* longevity of the product -- that is something i need to see yet :)
Because i'm now an apparel seller, i guess #selfie & #ootd's are a must:
I wore razorback for the first time to do this. Razorback came from one of those sample shirts we got from shirt suppliers.
No kids around so i have to do my own shooting of my back to display the back look of the sports bra. 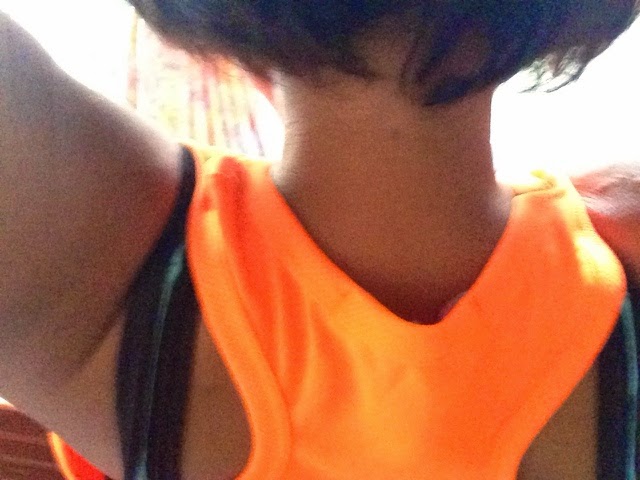 First selfie but I realized the background is "unsocial" messy... 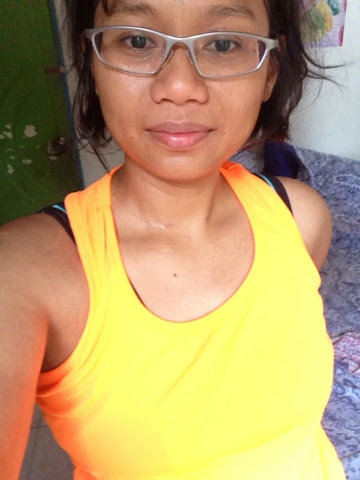 So I rotate for another selfie. Background is still ugly. I gave up! 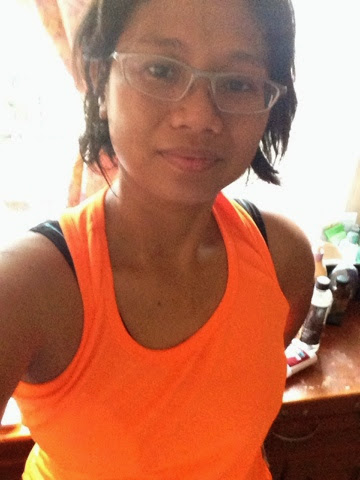