beqaa: a food blog is incomplete 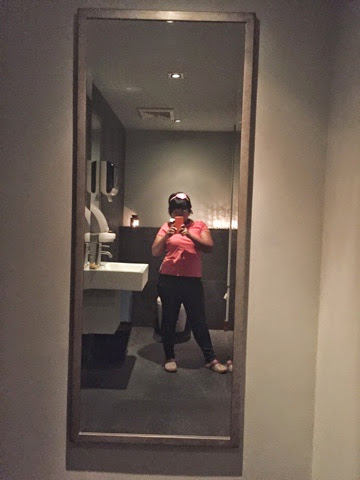 So I dunno how to start this food blog thing. Anyhow, I wanted to do one because i could not find a "meaty" review of Beqaa. It's a Lebanese restaurant by The Abaca Group. It's above Tavolata. but they're only open starting at 5pm up.
I'd been wanting to try this resto but I did not like to go thru the process of knowing their food. Finally, I felt like we have the time to go thru this complicated "getting to know" the food so Beqaa it is.
Here's my survival tips for exotic restaurant:
1. Go to foursquare, google, ask your friends.
So 90% of the search results of Beqaa raved about Fafafel. It's labelled appetizer but it felt like a main dish when i felt full after downing 2 pieces of it. 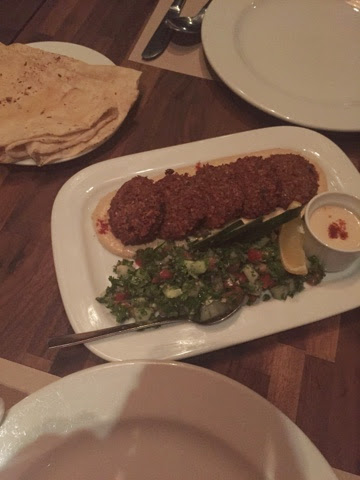 And, i felt tad disappointed why did i follow the google and foursquare results. I no longer have much room for the other foods.
Pita bread would have been fine because their dips / condiments are delish. 2. Be like Mark John, and order the same dish just like what he orders in other restaurants: Salmon!
And, I was like revolting! This is some Mediterannean or maybe Persian, or maybe Middle Eastern kind of restaurant, we're supposed to eat sheep here not fish. And, besides salmon tastes the same in all restaurants. And who eats fish for a kebab. Oh well, it's Mark John. 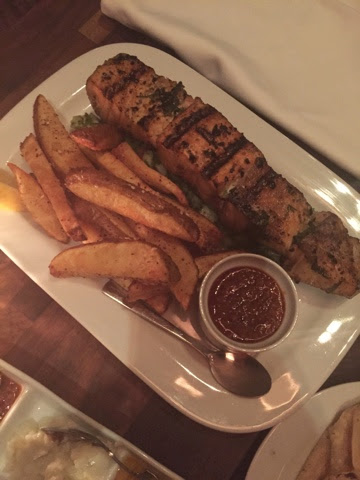 But it was not a wrong choice afterall. It was probably the tastiest salmon  that I came across in Cebu. Not that I have a lot of them.
3. Get the food that's boxed in the menu.
It was a toss between this lamb stew, as suggested by Paola, and shawarma. But i did not feel right about a sheep being served as a soup. I mean I cannot remember a goat as a soup dish... Beef can be, but sheep or goat in a soup?!?
So I let the staff have the final say. And, it helps that The Abaca Group restos usually know their stuff so she said that boxed dish is their specialty. Like DUH, rose! 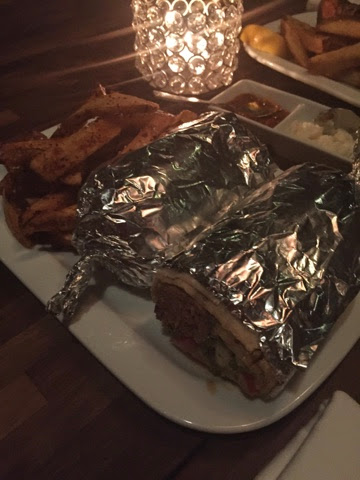 I think i prefer the gyro of cyma over this one. But nevertheless, it was worth it except that the serving was so hugeee! :)
4. Condiments are not for "take-away leftover." How I wish I could also pack them togethet with the leftover...
So I just devour as many as I can that I got 3 refills of them. :) 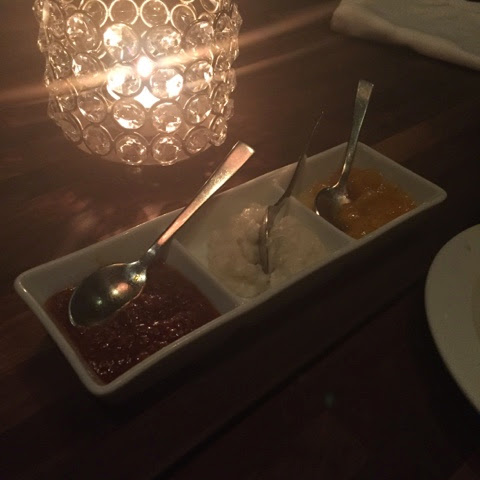 5. Don't forget to post about it in all of my social network site, and hashtag #vegan. 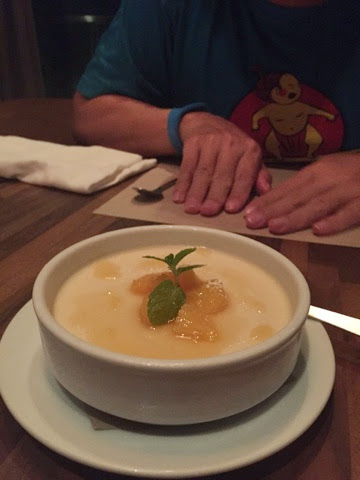