As much as I love 1st world's smooth public mass transit system, there's that different appeal of our own public mass transit: the being squeezed in jeepney rides, the corny jokes from AM radios of taxi drivers, the chitchats from the my "suki" tricycle drivers about neighborhood's latest "chismis," the "drug-addict looking" habal-habal drivers who are actually harmless.

Until Cebu's traffic get congested, not even your favorite music play list can save, happens. Not to mention, seeing people lining up the streets waiting and waiting for a jeepney which can accommodate even just one butt-cheek. Somehow, you get to ask that maybe there's a better way of doing it? Is it the public mass transit or the increasing population or the lack of planning from the government / us and business sectors?

Though, it would be romantic to just suck it in, learn to be tough, and enjoy the exoticness of our existing public mass transit, but providing a better mass transit is a way of giving respect to the hardworking Filipinos. I mean hardworking people already spend a bulk of their time on their work, in which government is making money from, is it not right to at least make their home-office-home ride smooth and fast so at least we still have time for their family or theirselves?

Anyway, enough of my sentimental woes. Let me just post photos of my selfies of my first experience riding myBus, operated by SM. I need to go to Minglanilla to visit my mother's new crib. Ate Mona and Ate Doreen said that there's a customary 9-Monday after the 9-day Novena that I should visit my nanay's grave. I thought dedicating a mass or a prayer will probably be a better way of doing it, but sometimes, I feel the need to see something physical of that of my mother. So I'm just happy to do this 9-Monday. 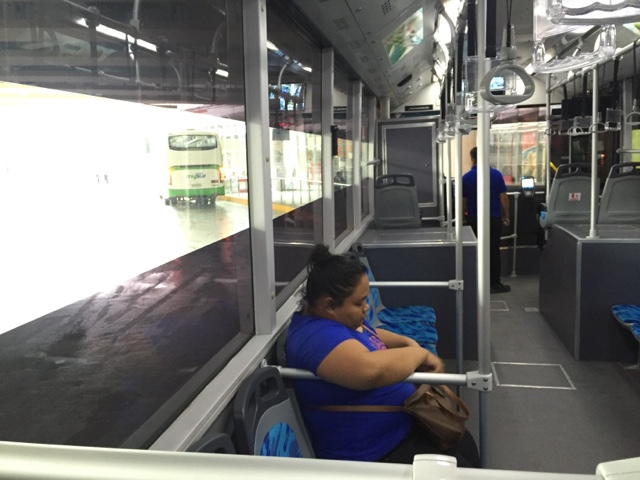 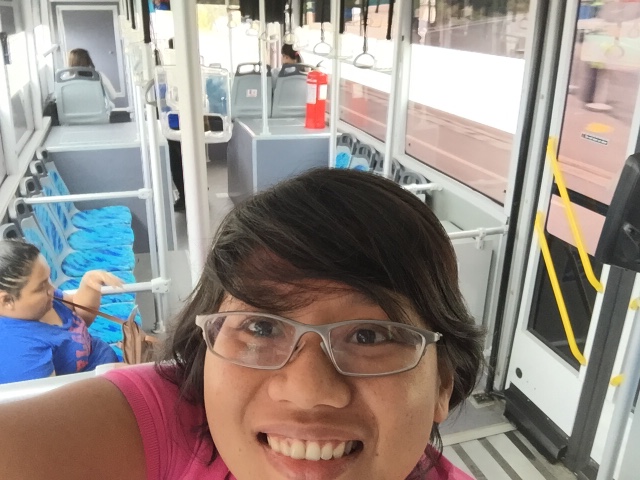 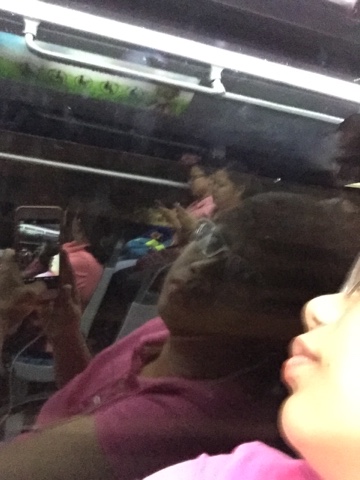 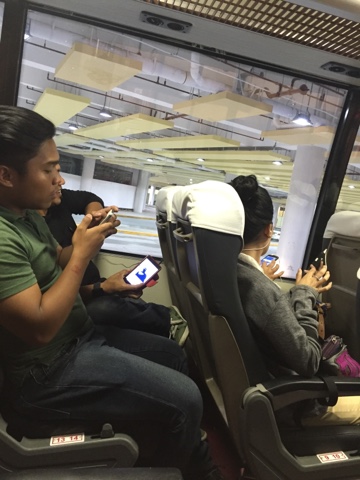 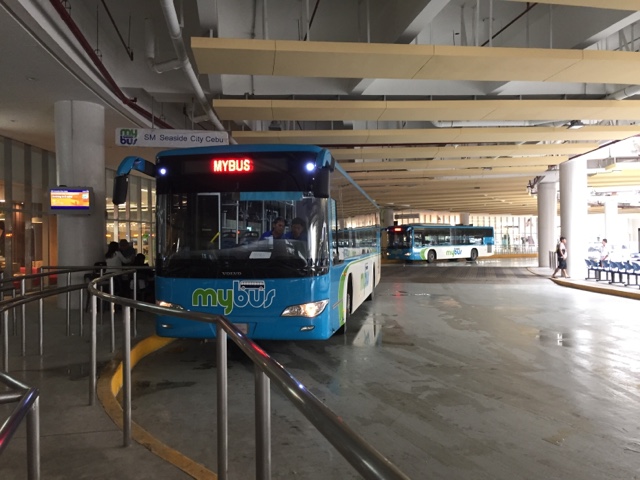 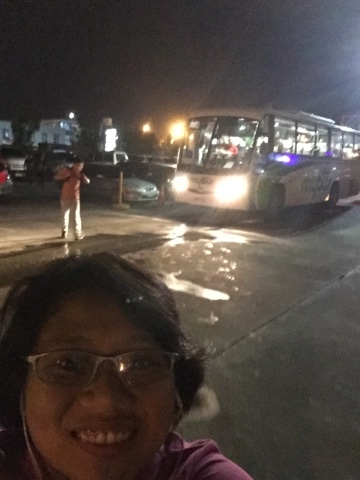 It might be all for profits of Henry Sy, but still +8 for him. Let's hope it gives a clue to us / government or even private sectors that if some mall mogul can do it, why cannot a mafia LGU do it who has all the powers to make it happen. The mafia government can definitely twitch the arms of businesses, public agencies, as well as the people to make it happen.

Honestly, the myBus is not that cheap. It was P25 / ride. I need to make a total of 4 rides to and from my destination. So basically, I spent P100. I'm not sure if the "masses" can really afford P100 on a daily basis. But of course, there's always a way: government or the employers can subsidize it. (I mean KMK is only P30 SM-Minglanilla, there's definitely a way of making it affordable.)

On the other thought, let's not discount the many private cars are definitely is the other main cause to the traffic. Guilty. @.@ It got also me thinking can the new middle classes just give up our newfound American dream of driving cars? 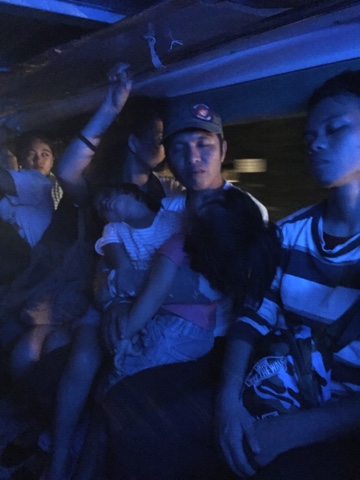 For those "middle class" wanting to try myBus, their schedule is every 20minutes. Their pick-up / loading points, SM Cebu, somewhere in the entrance of SRP (near the Cebu Malacanang), SM Seaside, Lawaan (Talisay). (There's also somewhere in Laray, Talisay.)