I was excited about going to Makati but PMS (pre-menstrual shurva) hit me big time. When I played this Carol Banawa song throughout the flight, and tears rolling down my eyes for no reason, God help me!
It felt like I then hated everything. I kinda snapped at Mark in front of the staff at Wildflour. He ordered matcha tea, and I was scolding him because I was just damn sure that he would not like it and the staff was staring at us. And, Mark looked like he wanted to be swallowed by the earth. @.@
So looking back now at that popular tita's of manila-ish cafe Wildflour, I'm not sure if I don't like it because I was having PMS when I went there or maybe it's really an overrated place.
And, most of all, I hate all the "mug shot" photos taken by Mark.
And why this so fancy restaurant is most popular for their cronuts?!? It's like why would people waste money dumping sugar on their mitochondria and that sweet matcha milk tea in this gedemit fancy expensive restaurant?!? I WANT VEGAN SHAWARMA!!!
So that's PMS for me. (It got me thinking That I could probably come up with a very interesting food / resto review when I'm on PMS.) 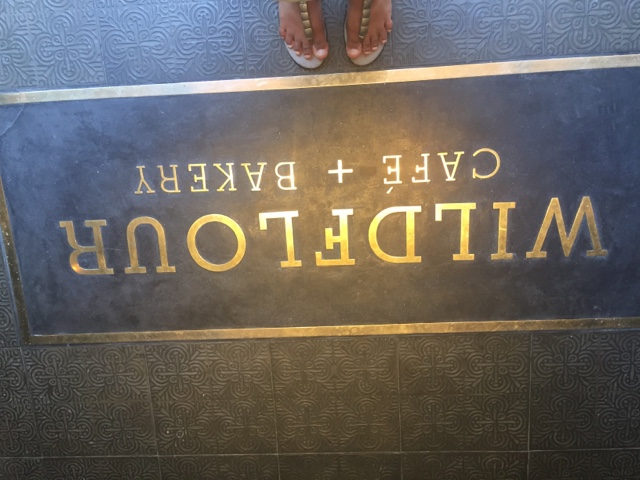 We had lunch courtesy of Chay at a Japanese resto. It's so unremarkable, i don't remember the name. (This is PMS still talking.)
Another meltdown was This was before election, and for the first time I had this drama discourse of my disappointments of the government inside Toby's cafe. I was ready to cry for P*T*NG INA NA GOBYERNO ITO, HINDI MAN LANG MAKABIGAY NG INSTAGRAM-WORTHY NA PUBLIC MARKET! Hindi na sana kailangan ako magpunta ng Toby's o Wildflour, pwede na sa Painitan na lang sana! Pang puto lang naman talaga ang beauty ko, hindi cronuts! 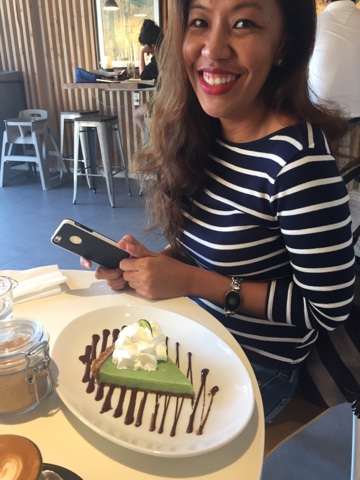 PMS really sucks or was it really my true colors?!? @.@
Anyhow, dinner went well at this highly recommended sushi place by Chay (I forgot the name.). It was my 1st time to be in where it felt those sushi resto in Japanese documentary movies. 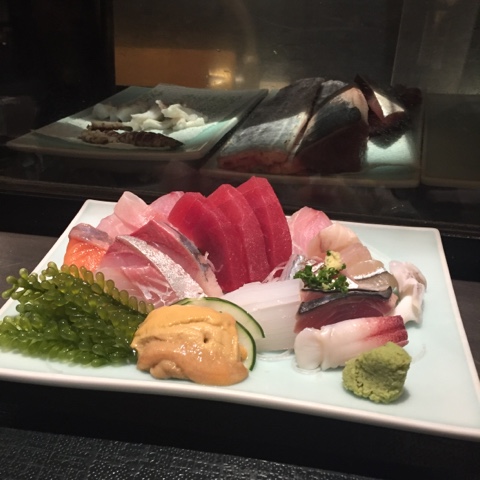 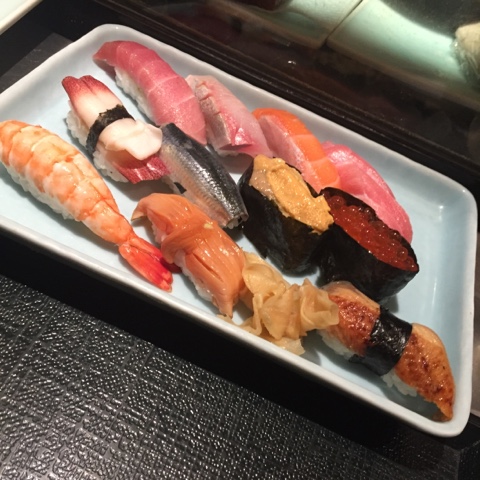 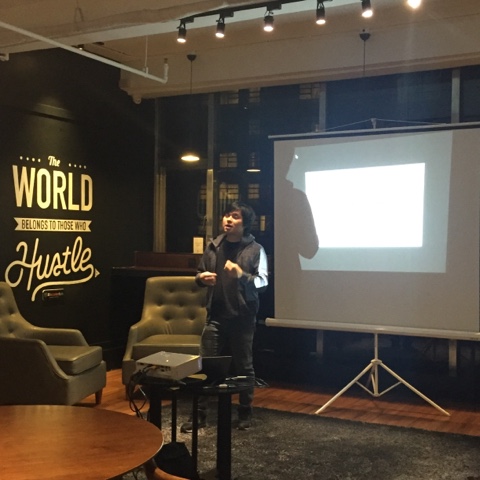 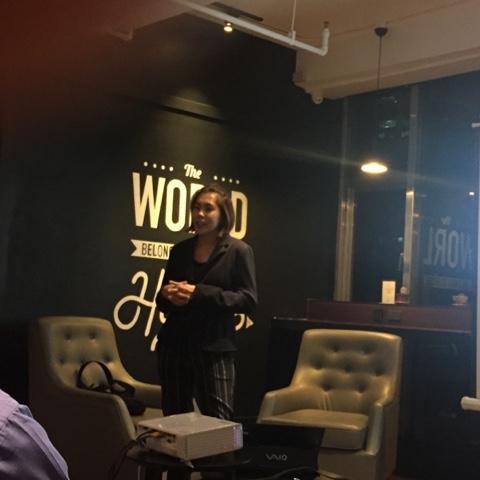 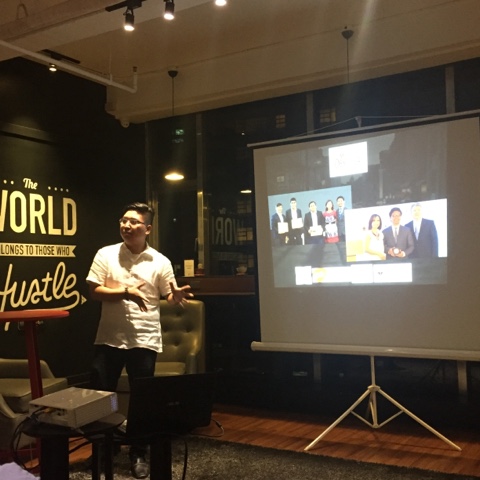 Salarium guy was also there to share quick update. 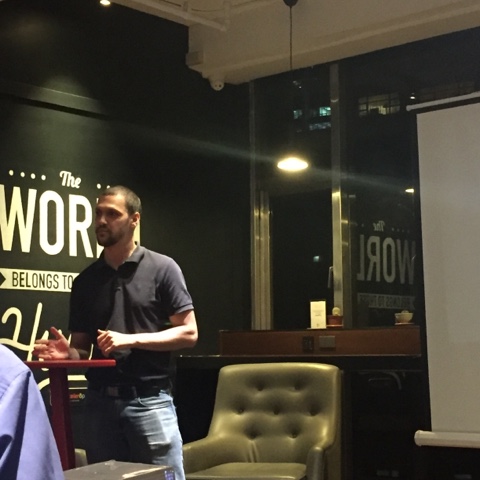 And i was happy to see Brian Tan Seng at the event. One of the few people tech people I would bump on both tech events, and running events. He's a 100 miler ultramarathon runner, and he's coffee geek!
It was somehow a perfect end of the day. We went to 98 Labs, office of Brian, somewhere nearby the Acceler8, and had cupsss of coffee! 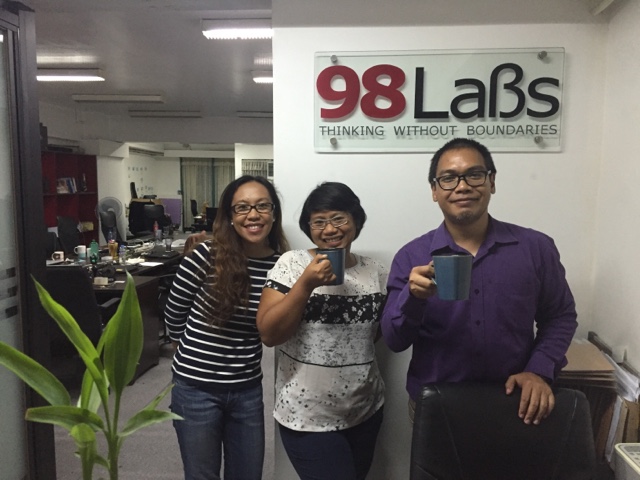 The following day, we did not go home without getting goi con, mini shawarma. 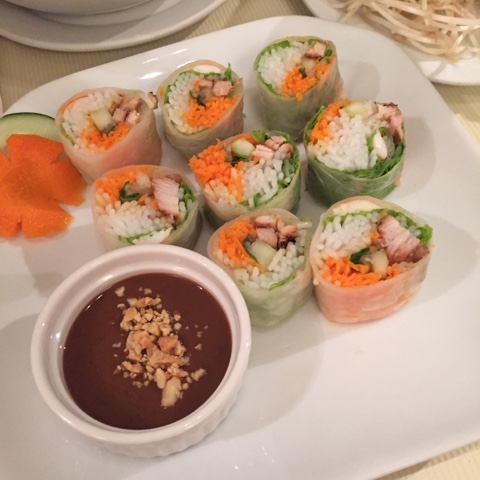 This #bebeboy, thru PMS and true colors... 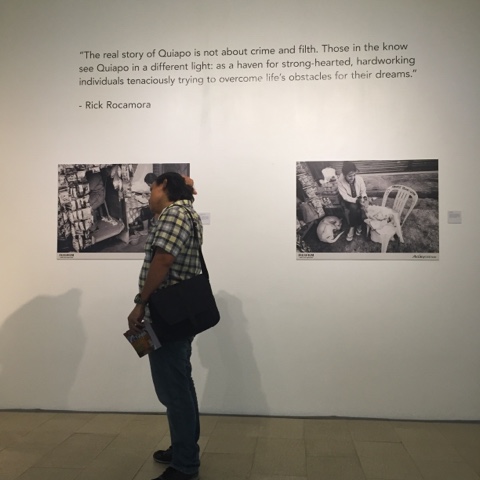