I thought I went to the wrong venue when the lounge of waterfront were full of women in burqa. I was invited by a friend to his graduation in Waterfront so I was expecting like people in casual or formal dresses; but seeing the women in burqa, I thought I might be in a Muslim wedding. Then, I snapped at myself of how my "cultural" exposure can be so narrow. 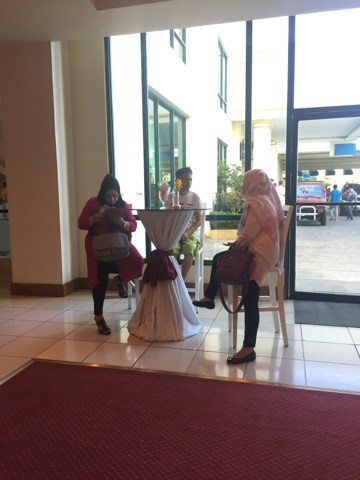 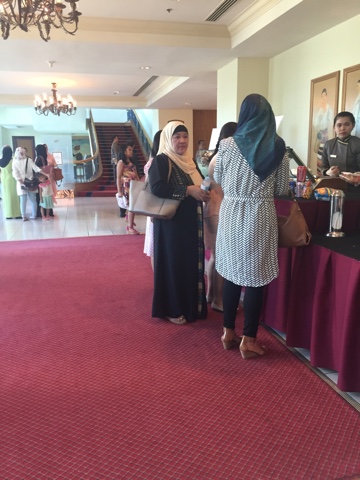 So I then realized that the college of medicine of SWU is quite a mix of different people: there were a lot from Mindanao, then Arab, African, and in the India area countries. It was somehow my first time here in Cebu to be a Christian, I feel like I was a minority. It was weird that I could remember my few Muslim friends, and this is probably how it is to be like them in this majorly Christian country.
(Feeling the odd one out in the row of women in burqa.) 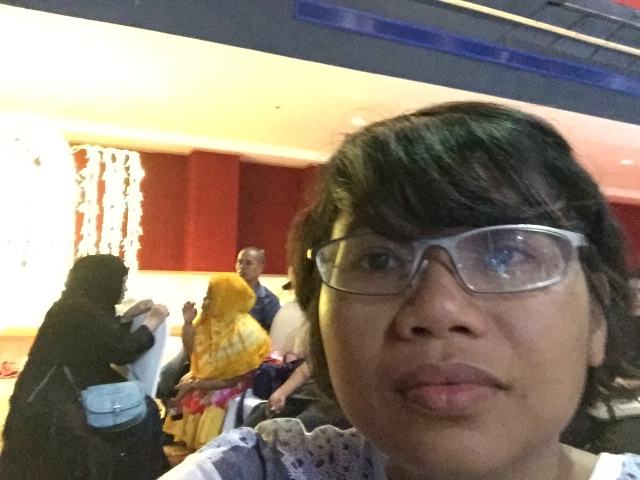 But though Christian was somehow a minority, the school still had a baccalaureate Roman Catholic mass. That was weirder. @.@
All the time during the event, I could not help but to keep looking around. I was just amazed looking at different burqa styles.
There were women in beaded accessorized burqas. They're probably a royalty? 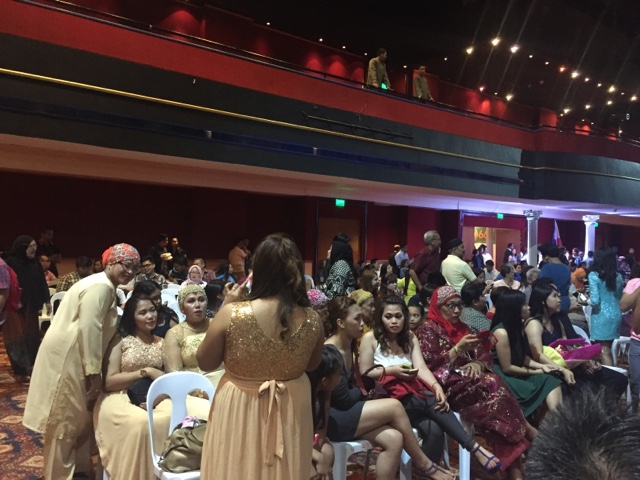 Then on the other side are women in all-black dress and burqas. 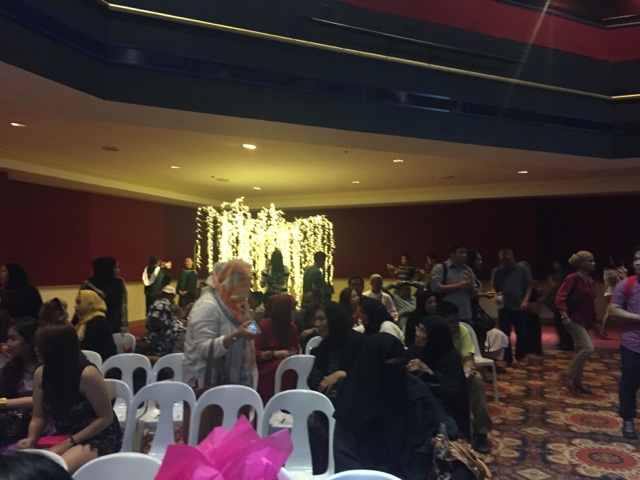 (My photos are really bad as I was "stalking" mode.)
And burqas in different shades... 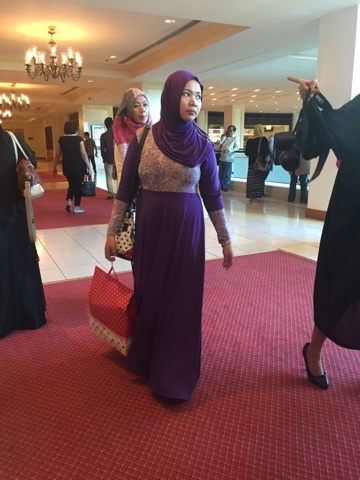 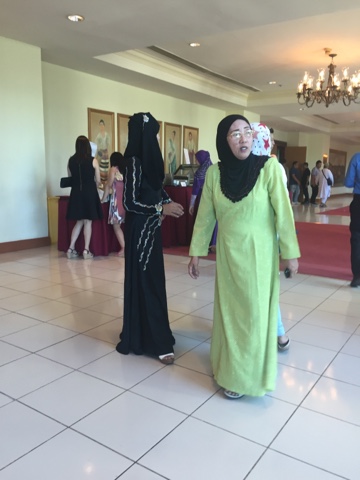 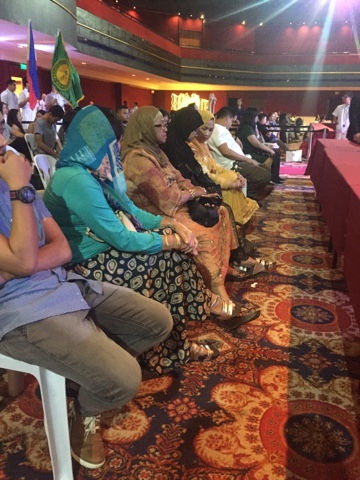 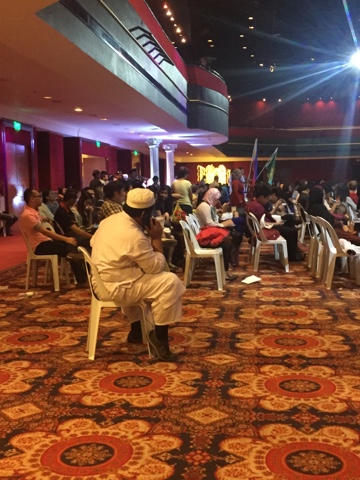 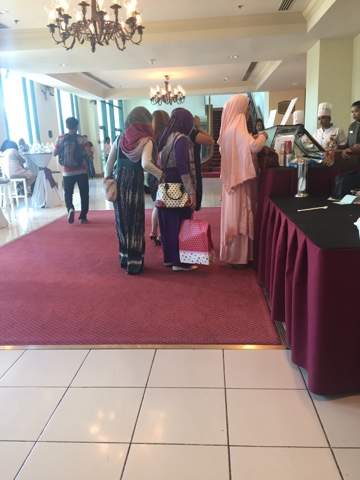 They were a different kind of fancy.
Congrats again, Jossy. I knew him first in the tech startup scene, then he gave me a glimpse into their Nigerian / Kenyan and his other homies running team, and then now he finally's done with his medical school. 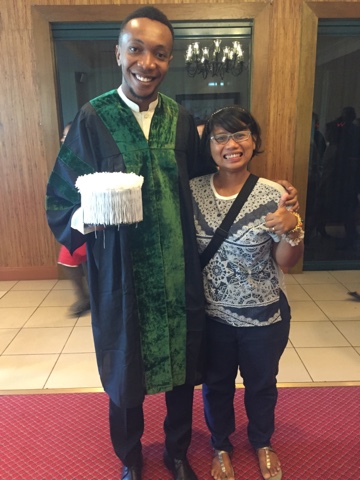 Hopefully, I'd also be invited to his neurosurgeon specialization graduation... keeping my fingers crossed, it will be in London. @.@ That would also be another kind of fancy. :)
at 10:23 AM