Yesterday was like having a glimpse of 2 sides of SG.

In the morning, we went to an island in SG, Pulau Ubin. I kind think of it as the poor man's Sentosa. But in fairness to Pulau Ubin, the experience is probably nothing lesser than in Sentosa. Though, I have not been to Sentosa so Don't trust what I'd be saying.

So the whole island was preserved, even the people there look like preserved rural version of SG, just so the city people will have an idea how the "not-modern" SG looks like.

But though it's rural with all the trees, plants, and mangroves, everything is still well-arranged / paved and organized just like the rest of SG. Half-day was not enough to go around the whole small island.

In the afternoon, we went to the "tech start-up" scene of SG. So it was a bit of a contrast to the morning scene. I would have love to chat with the people but I was already drained from the past days' roaming around. With my limited social skills, Tech start-up and running communities are probably the 2 communities I can easily mingle in.

So we went to the Hub SG, Which was in Somerset. It was a cool chic place which have their own coffee shop exclusive to members.

Then we went to RJ's office. It was nice to see Pinoys in a different work setting, not the customer service industry.

Then the last we went to was JFDI (joyful frog digital incubator). It's like YCombinator, where you could get initial funding for your tech start-up idea. It was also nice to see Indians from a different work sector, We also met one a Cebuano whose team is one of the incubatees there. Their product is a plug-in or something to integrate email client ti a CRM app.

So somehow it was a day where I felt I can relate. 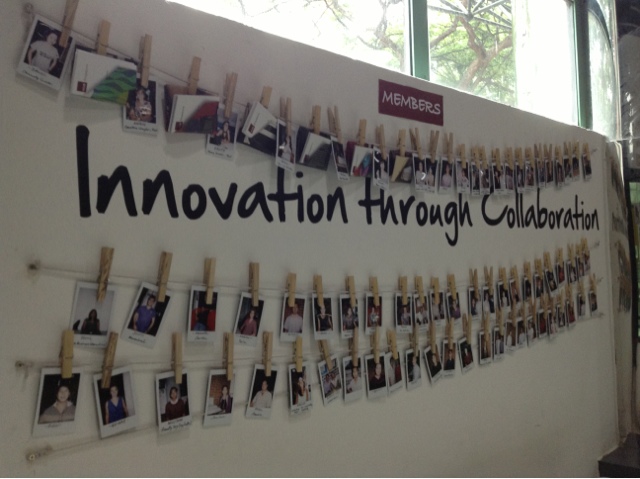 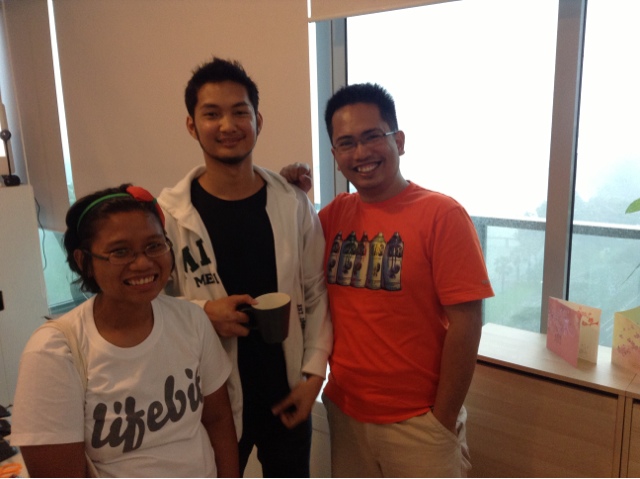