On our way to the doctor's clinic for a consultation, Migi had been repeatedly suggesting that we should buy his birthday gift after the doctor's visit. His birthday will be this Saturday. I acted busy so as to pretend that I did not hear him. But Migi did not stop. To silence him, I told him that he should tell his papa instead about his plan.
I was avoiding his request as I did not like the idea of buying cars or robots or games, which probably would be as good as trash after a week.
But he just won't stop. So I asked him what birthday gift does he want. He said "monopoly."
That made me happy; I felt buying an entire shelf of board games! #chos For once, it was not the usual cars or robots he would typically ask for a gift. But i felt bad at the same time that I kind of underestimated him.
It was a long line to the doctor, so we whille away our time by getting him something to eat. It was already 3pm. He opted for hotdog sandwich at Flame It. 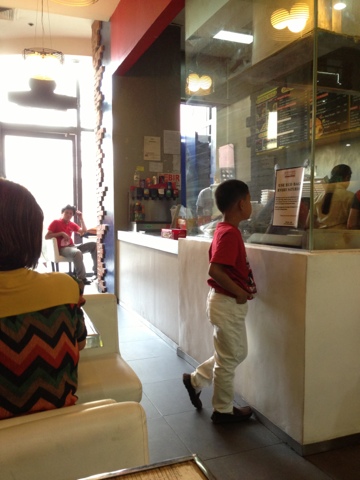 When finally we got into the doctor's room, it was a quick one. He advised us to go to a "hearing testing" lab. (We went to Dr. Dennis Amparado, an EENT.)
At that point, I started to feel worried. I was really hoping that Migi was wrong all the time when he complained that one of his ears cannot hear. And, that the doctor would confirmed what I was thinking. But it was not the case. Migi had probably not made up when he said it started when he was 5 years old.
It was already 5:15. I quickly contacted the hearing lab, and inquired if they're still open.
Luckily, they're still open up to 6pm. Luckier, they're just one block away.
But not so lucky, the hearing test result showed indeed Migi's right ear is not working perfectly.
Devastated I was. I was trying hard to stop myself from crying at the laboratory. By default, I felt and feel so guilty. Maybe i'm really such one lousy mother!
Why why why?!? Will he be outcasted? Will he be made fun of? Will the girl no
Longer like to have him as a boyfriend?
Since it's holiday today, it will still be this monday when I could get answers to all my why's and what will be.
And, tomorrow's Migi's 9th birthday!
At the lab, after heAring about the result, while I was mopping, Migi was just his usual self even after he knew about the problem in his right ear. He read the literatures about hearing loss posted in the lab without a trace of worry or sadness in him.
Then after, being Migi, he then gave me a detailed instruction as to where and how should we get his gift as if nothing happened.
It got me thinking that why would I feel him to be outcasted when he does not feel one. Why would I worry that he would be treated a lesser person when he does not see himself as such.
I'm praying that the final diagnosis will be that his hearing problem is still treatable.
But come what may, there is no such thing as lesser or unfortunate person just because he/she is "defective." Unless, one allows it to. 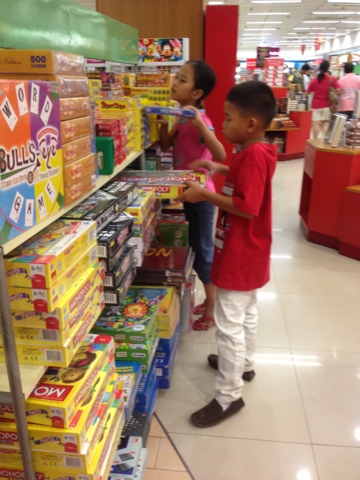 Happy birthday, my 1st baby! :) You do have crazy ideas of gifts!
I promise I will write your excuse letter for your absent from the class this Monday as you said so.
at 7:38 PM