On my way home from a quick run, I stumbled upon an elderly woman carrying a sack-full of jackfruits on her back, and some plants. I tried offering her a help but she refused it. Then, she went talking about jackfruit & coconut concoctions and other herbal stuff, conversation topic I can not resist. So I walked with her, talking about her lady boss, to plants, and back.

Then, in between our conversation, she asked me if I'm married. Then out-of-the-blue:

Manang: Manapat imong bana, 'day?
Me: Di man, mdm.
Manang: Swerte ka kay bootan imong bana.
Me: Wa man seguro'y bana nga manapat, mdm.
Manang: Naa oy. Na priso gali ko kay nisukol ko sa akong bana. Iyaha kong gibunalan sa ulo. Ako syang gi dunggab.
Then, we went on talking how she got out of the jail, until her husband died and so on and so forth.
(For non-Cebuano, the elderly woman told me she's physically abused wife, and that I was lucky because my husband is gay.)

When we parted, while waiting for Mark to pick me up because of heavy downpour and strong winds, I was thinking what was the worst abuse I got from Mark.

Being human, it's our nature to seek some approval. But with Mark, it's like posting a facebook status and you asked him to like it, but he would reply, "you have a computer, fb account and internet connection, why not do it your self?"

Or, you rant about something. His reply would always be "your whining does not change any thing. Why not go and do something about it?"

And, my usual "I am depressed. I hate life." His would be, then "Push back. Fight back."

Or, I want to do this, what to do. His would "Go get yourself a book. You are smart enough to read. The internet is free."

He FRUSTRATED ME!!! Talking to him / asking help from him is like hitting a dead end, or hitting my head on a wall. It's useless, and it does not make me feel any better.

I do not know if I was doing good or what.

But as they say what does not kill you will make you stronger.

I guess I reached the point that feedback no longer matters. When someone is telling you good, it means you need to do better. It's better I don't hear feedback. Because as Haruki would say "award means you're finished." (But then as society dictates, you need to be thankful of compliments and awards. Not that I have any awards though.)

I guess it just comes to the point that every thing is right. A wrong or right is still correct, unless you go do it and prove it otherwise.

And, but you don't know what is full life. Or, does it still matter? 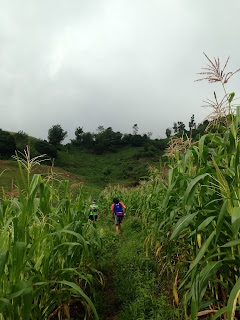