"Nose to nose na sad mo," I overheard from someone who seemed to be the pre-nup shoot director. 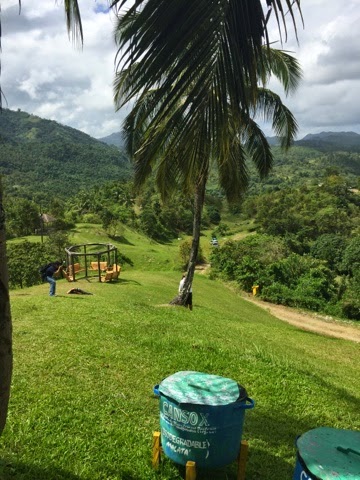 While we were resting after our trekking at Canso X, i witnessed these couple having pre-nup session, i assumed. They started from one area until they got near us. 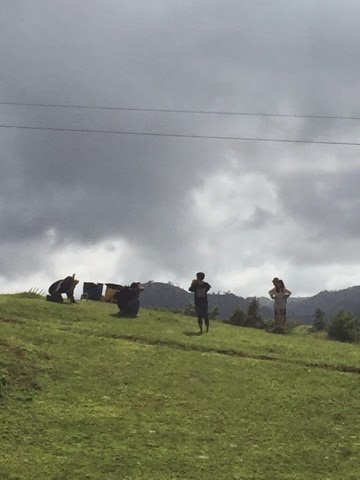 I realized this thing is not at all that easy. Like how many poses can you really come up from one area to another? 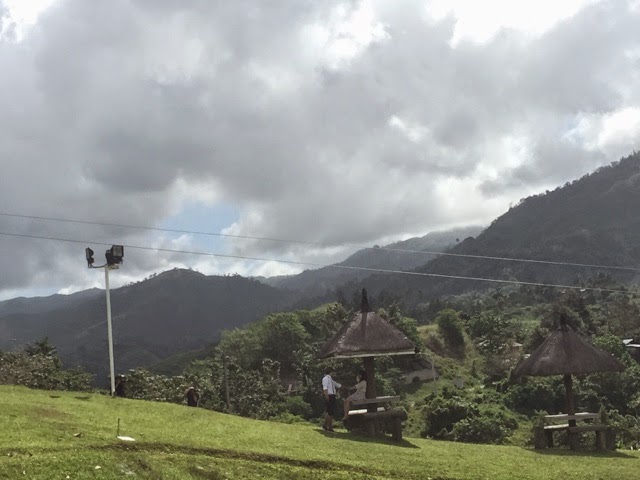 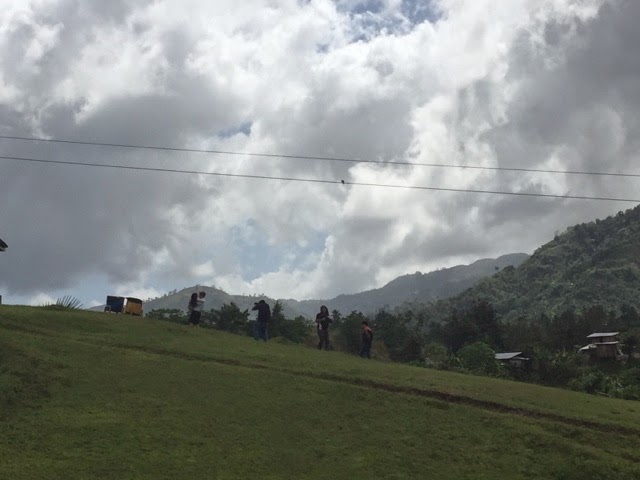 I'm not a photographer but i think it's best they had their shoot early morning for the sunrise, or in the afternoon for the sunset -- when the nature's color is more dramatic. The high noon light is just so flat and boring, me thinks. 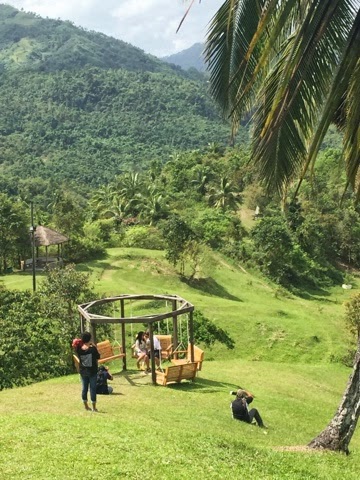 One of the things I'm thankful that I married "young" is that pre-nup photos were not the "thing." I have nothing against it; i'm probably just bitter because i know that i'm just not pre-nup photos material. I mean imagine me -- it's going to look awkward to cringe-y.
Anyhow, best wishes to the couple. I realized if you want a nice setting for your pre-nuptial photo session, asking a trail trekker or adventure person can give you a lot of leads.
I could not help myself, and asked the shoot director if they're going to the "creek" area of Canso X because I was a bit concerned that the 50 photos they took would have the same mountain background. He said that they did not know about it.
Well, they could somehow do Like this "peek-a-boo" instead of nose-to-nose. 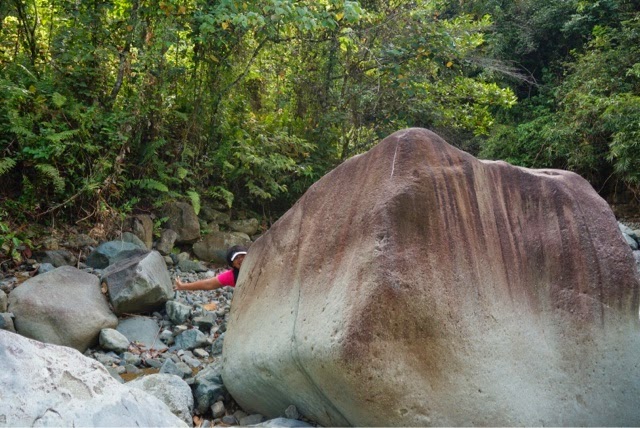 Or, Something like this. I was really waiting for them to do a "lying down" pose but no luck, they keep shooting at the same mountain background. 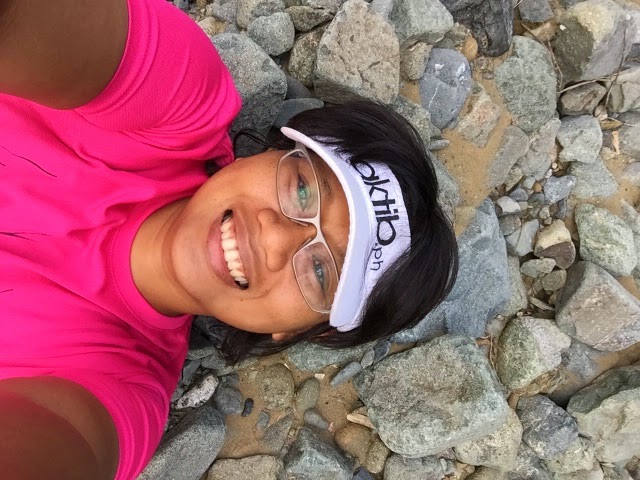