Migi, #kid1, had been asking me since March to get him some new clothes because most of his' no longer fit him. So finally, I was able to bring him to the bigger SM, SM Cebu City.
Migi's the "sexiest" in the family so it was never hard to pick clothes for him. But this time, it was a challenge. The kids' department sizes were too small for him, but then the teens' department were also too big for him.
Plus he no longer wants the clothes with cartoon character prints, and he also asked for a pair of sneakers. And his voice is also getting deeper.
So it's like AWKWARD. I still find him too baby to talk to him about adult stuff, but then he's no-longer-that-baby to be still treated like a baby.
It's awkward, and I'm kind of lost as this stage is no longer covered in the "What to expect when you're expecting" or those baby books. I really do not know how to do this stage. So maybe feed him pizza. 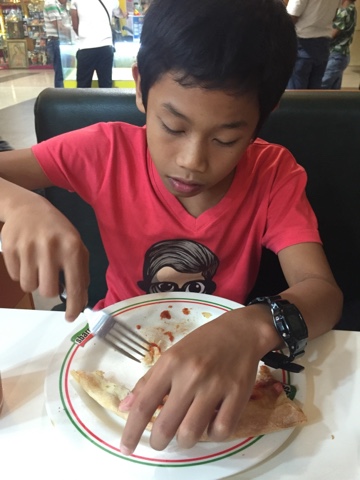 So when he picked his plain red slippers, which size also fits me, I also pick one that is most colorful slippers for #kid3 Mateo. Because one day soon, no one will want to wear this annoyingly colorful stuff in this family. 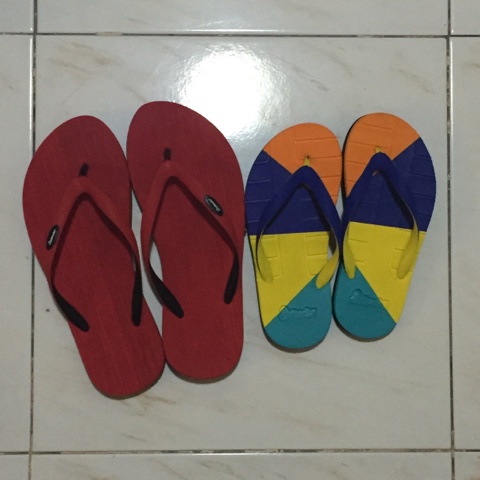 #OOTD of his picks. I wished he said yes to the Big Hero shirt though. 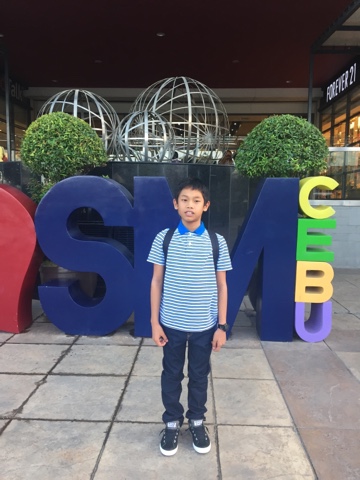