Mark got this maribago "indulgence card," which is discount card in simpler terms. It has this card with a booklet full of discount coupons, which looks like "food stamps" according to mark, on all sorts of their services -- spa, food, transpo service, and other things the product manager can think of throwing into it. :)
So finally, we got to use it. It's accepted in all maribago resorts i think. So we went to Sumilon as mark thought driving 4hours to the destination can make the trip more worthy. 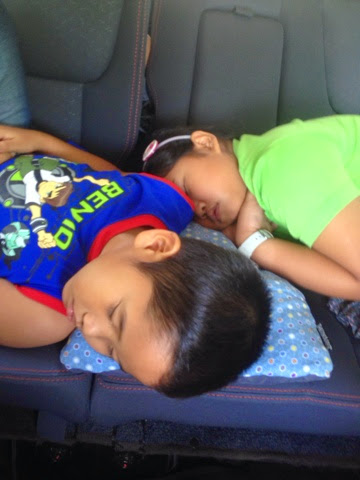 It was our 2nd time but the kids can no longer remember the first time, even i only had a vague memory of the place. All i can remember was that we had too many babies. Mati was still small so all i can remember was carrying him from the ride to and from the city, carrying him all over the island. So it was not really such a pleasant experience.
***
Is it the parent's obligation to get their kids to travel or not? It's one of the things lurking in my mind. I don't remember "traveling" when i was a kid except for going to cities, and some random being tagged by relatives in their travels. My point is that i did not travel when i was a kid but i don't feel "deprived." So yeah, i guess, it's kids' obligation? :) Thinking about this because i feel guilty when mark and i go to trips without the kids.
***
They're now bigger, and can certainly carry their bodies all over the island. And, though i kinda have this unfavorable feeling towards this kind of resort because it's too made-up with a lot of staff at your beck and call and zee lifestyle magazine all over the place giving you clues on how to be rich and fabulous...
Anyway, this time i get to appreciate the place as a perfect place for kids. I mean it's "sanitized and cordoned" enough for kids to safely roam around, or more of parents to feel safe.
And most important thing they have features that pushes you to move around -- like trekking, glamping, paddling, beach, pool -- on top of the hammocks and couches, massage places that just pull you to do nothing (which i think is not alsl bad but hey i can just do it at home). 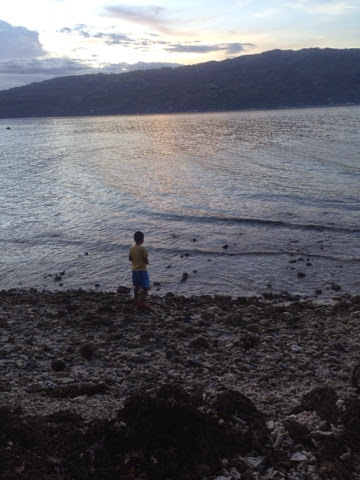 Meg kind of made the itinerary for the following day: trekking, fish feeding, swimming pool. Among the 3, she's the BOSSY! @.@ 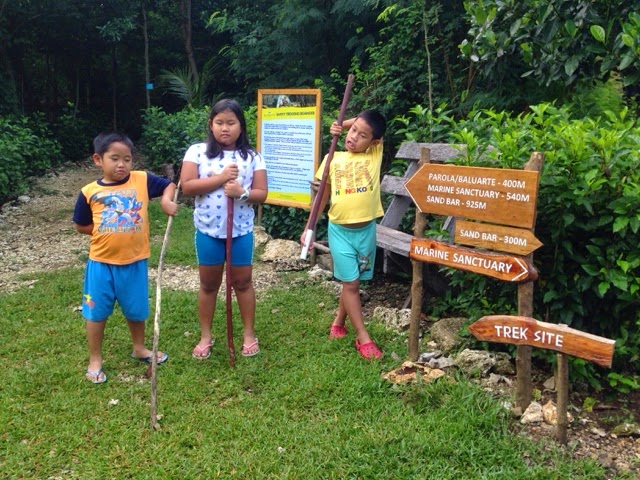 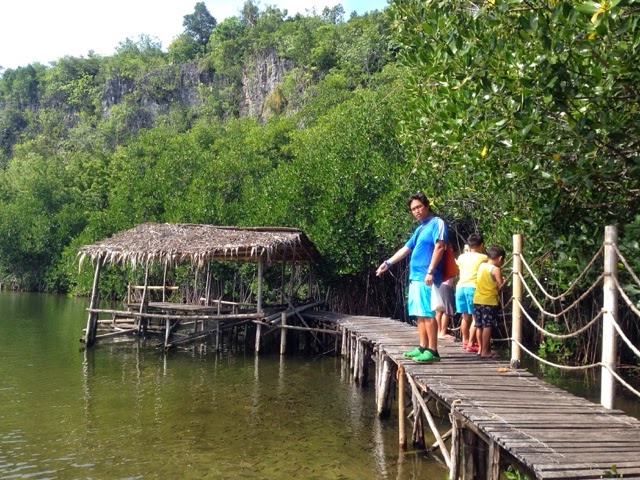 Except for Meg, everyone gravitated towards the beach/sea with their snorkels instead of swimming pool.
For the first time, on my own will, i picked a snorkel from the resort's dive shop (for free). I put it on, and when i submerged myself into the water, i saw mati's little fat body wiggling swimming after wiggling fishes too!!! Mati's not good at swimming, but when i saw how he put effort to swim join the the fishes. I fell inlove! :)
I fell inlove - maybe it was because i saw my kids chasing fishes, stared at "whatever broken dead corals" were scattered underwater and enjoying it. I really thought that when they insist on bringing their snorkels, and threw fits when i forgot to pack it when we'd go to beach were just being such bratty, and that they just inherit mark's "gadget-itis". It actually really means truly a lot to them. I feel ashamed! :| 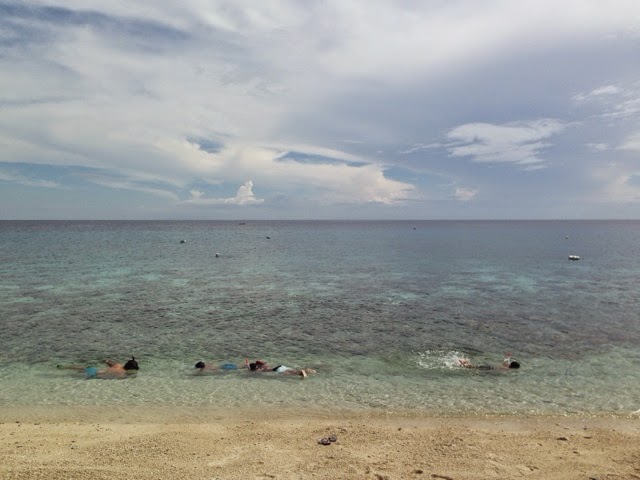 ----
All in all, i LOVE Maribago Sumilon Island Resort except that their food is just "unforgive-able." I really think whining over food is too low and useless with africa still marketed as a continent of malnourished children for eternity, but let me make an exception for this. It's one of those "gourmet" restos offering these "couture" foods, but then their chef's experience was from a carenderia, and management probably did not put much effort of even at least exposing / letting them eat these couture dishes before letting them cook it. I'm not looking down at "carenderia" (hey, i love them) but if your chef is from a carenderia, you might as well offer carenderia types of dishes instead of those hard-to-pronounce dishes. "Humbang Bisaya" would make a better impact to the "tourists" than the Pork Stew in Soy Sauce & Vinegar (i made this up but their menu food was like giving your bisaya looking kids with american hollywood names.). (I hope this whining will come out as constructive criticism.)
So yeah, i will come back like this below in the photo. :) Paying a corkage fee for bringing food might be a good consideration, or maybe just ask nicely the staff to cook humba and inon-onan for you, and just ditch what's on their menu. 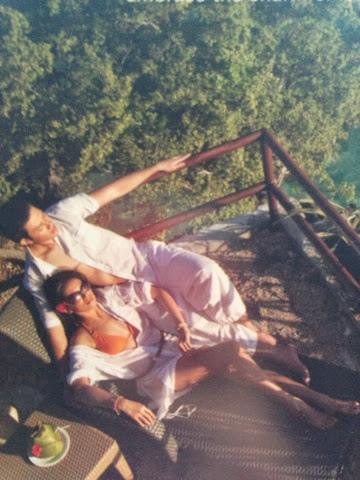