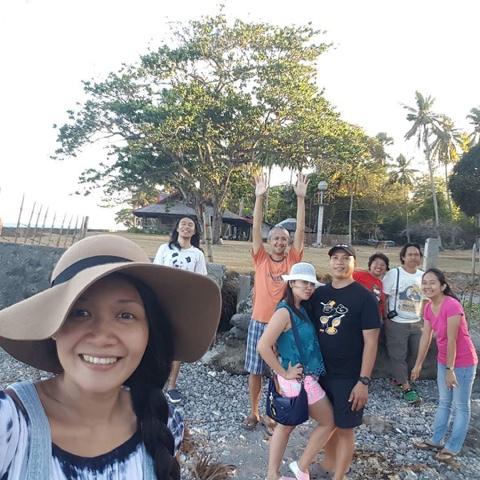 I think this was the first time that I ever got to join them all in 1 group in an outing out of Cebu. But it was not really an outing. We attended Chris' wedding in some spanky mountain in Valencia, Negros Oriental.
Mark and I left home at 4am-ish. We're not that excited. @.@ Well, it was really more of being able to get out of the city area before the morning rush. And, the countryside's really pretty early in the morning. 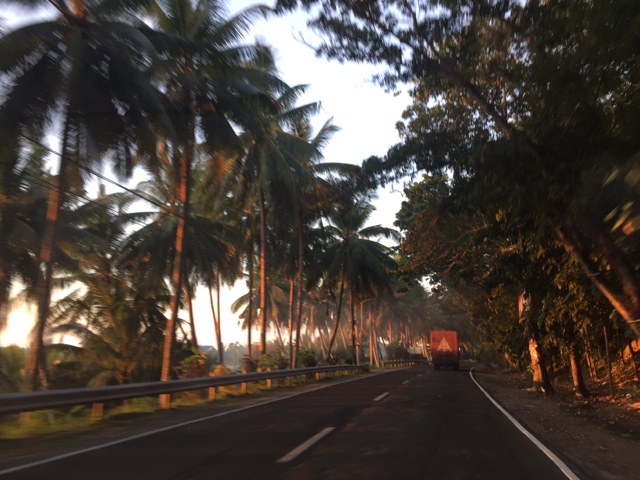 And of course, the obligatory foodie pit stops we had to make an extra time for. @.@
Maria's Batchoy in Dalaguete, Cebu. Batchoy's so-so but it's a welcome break from the long drive. And toilet's clean enough to relieve before proceeding with the drive. 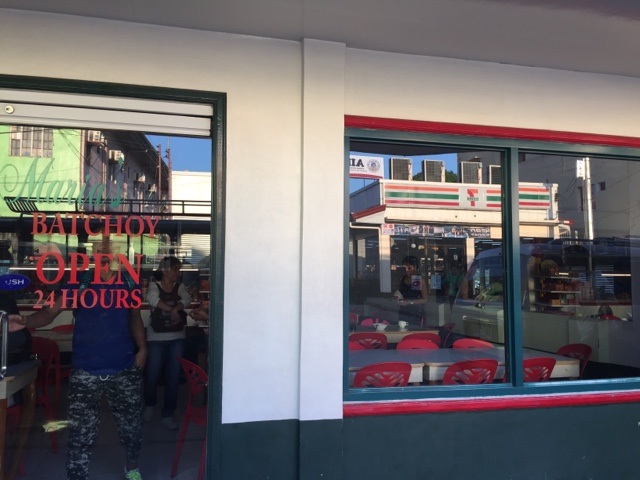 Brumini Resort in Oslob, Cebu.. Karla mentioned that it's a nice coffee place in Oslob, Cebu. It actually has some sort of mini foodstrip inside their resort so there are a lot of options. We grab some coffee from Brumini, and crepe from Sizzlin' and Shake. 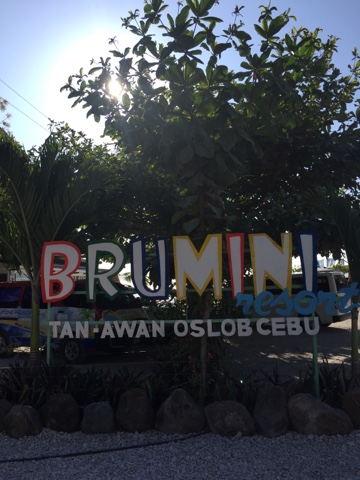 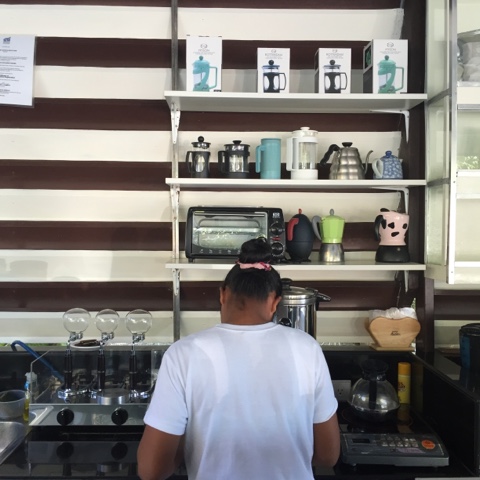 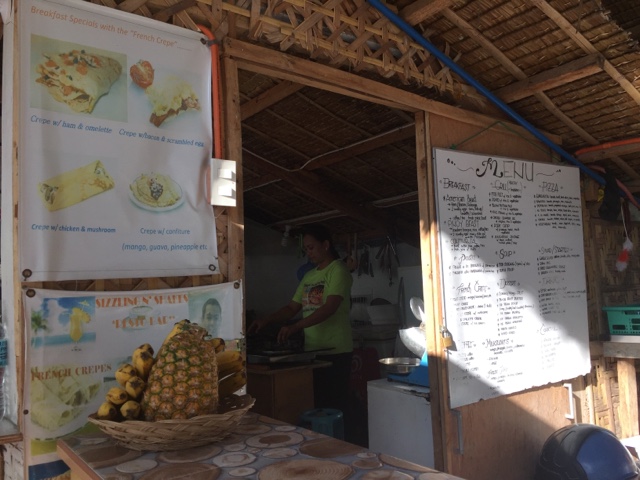 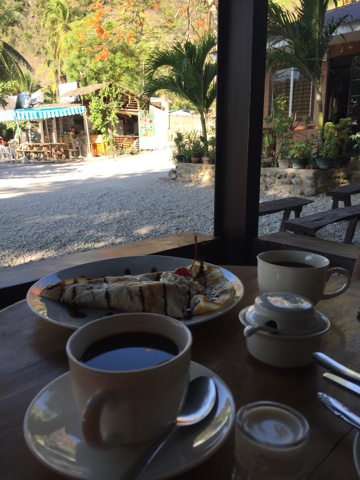 We then got into a barge in Liloan, Bato to get us to Sibulan, Negros Oriental. 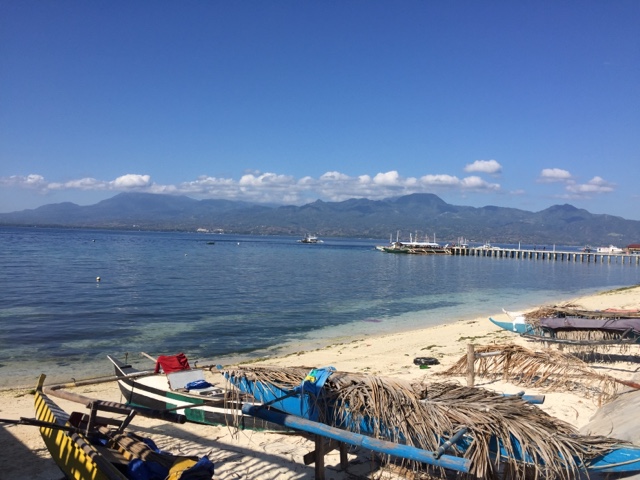 So we were the first to arrive in Negros in the group. Lunch time came, others then started to trickle arriving.
Lunch was already with Dion & Flor, Norlan & Mayang at Gabby's Bistro. It's inside the vicinity of Florentino Apartelle. Honestly, I find their food here average. But it's a resto with such a character. It's a must visit for the photo ops. 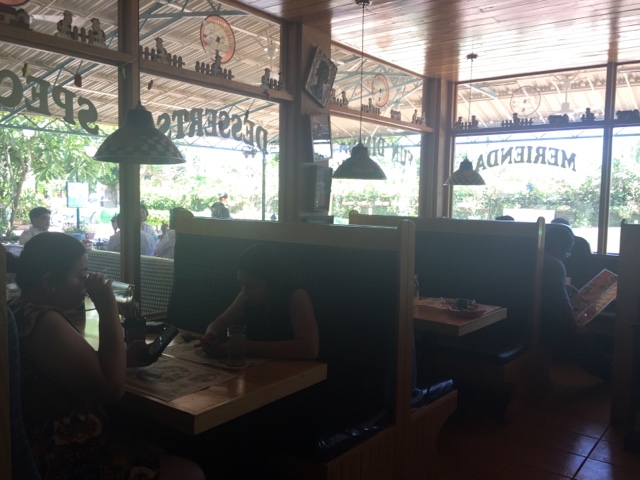 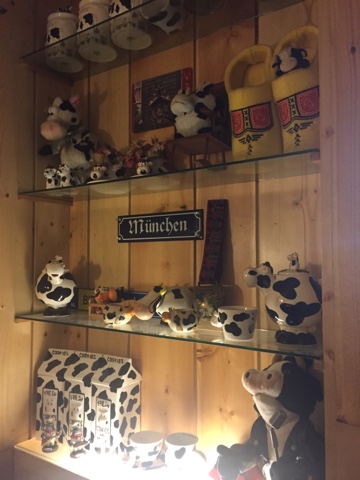 But I like my aglio pasta w/ shrimp though. 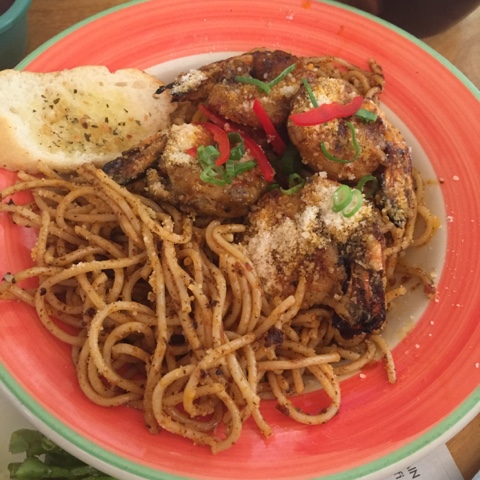 When Franee & Karla arrived, we all then proceeded to the airbnb house we rented in Bacong, Negros Oriental. It's the town next to Dumaguete. The house is some 300 meters away from a beach. 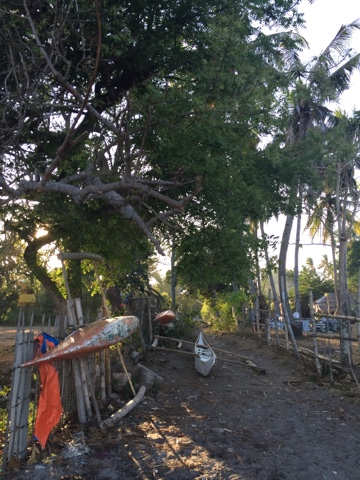 But the beaches were like subdivided with so many walls so there was not really much to it. But not to Flor, it definitely made a good prop.
Hashtag #instagramhusband 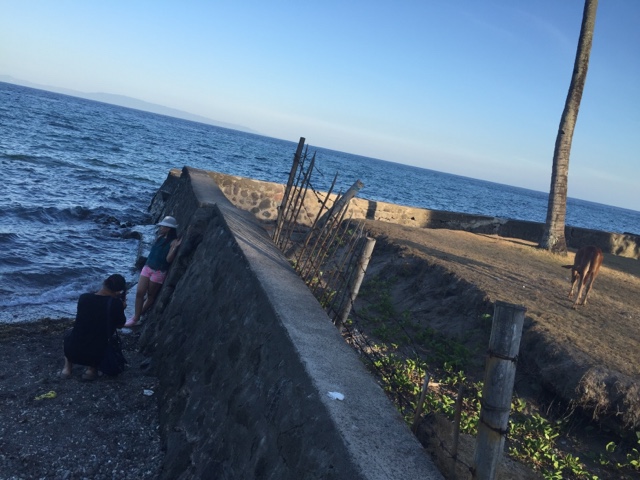 So we kind of leave in Tabing Dagat.
Dinner was lovely at KRI resto, near Siliman University. It's some kind of fusion resto. 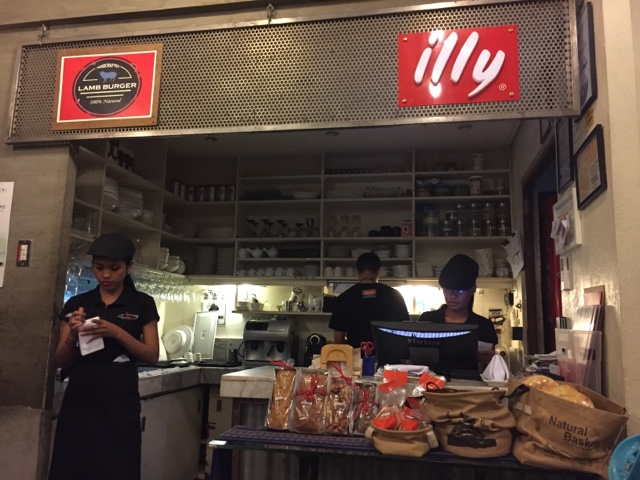 Franee's dish was the prettiest at that night, me thinks. 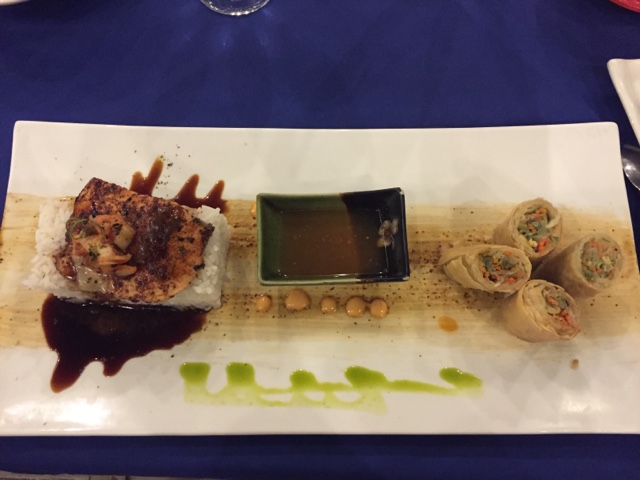