Siargao Day 1: The Best Part of the Trip

is being in the airport, lounging, that feeling that you're going off somewhere, people-watching. It's like you're waiting for climax. 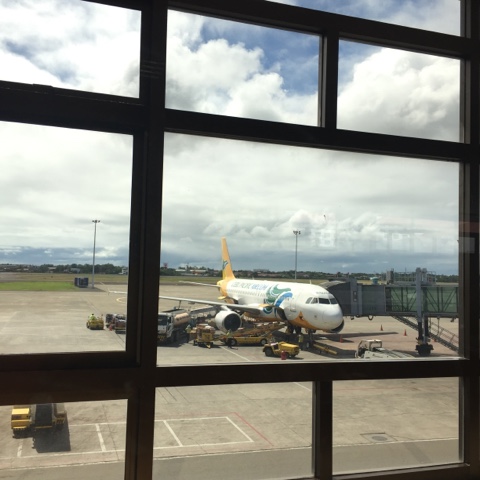 Flight got delayed for 2 hours. It was our first time delayed experience with Cebu Pacific, maybe we're not that of a frequent flyer. 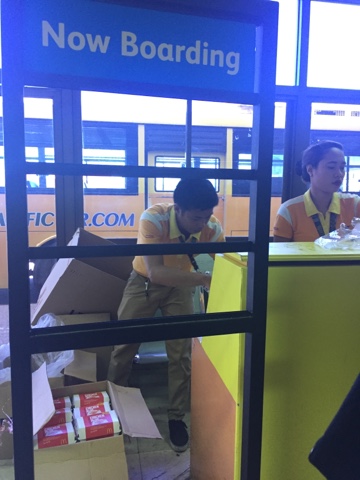 We got a free McDo chicken meal. A "foreigner" or Fil-am commented that all fastfoods in Philippines have some sort of a fried chicken meal. @.@
So more time for people- watching because delayed. This is probably the first Cebu Pac flight I was in that there were more foreigners than Pinoys. I wonder what's really in Siargao now. 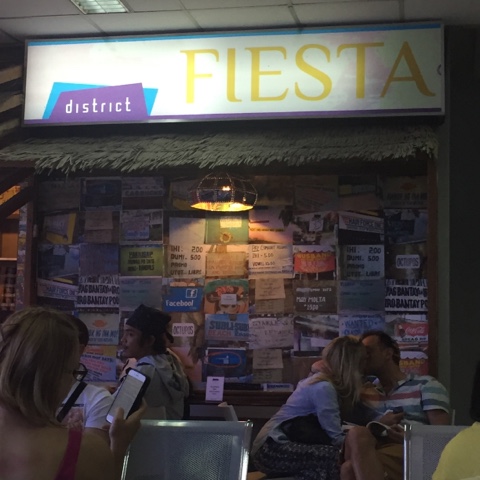 Aerial view showed Surigao's such a greeeennnn place. It's the greenest I encountered. 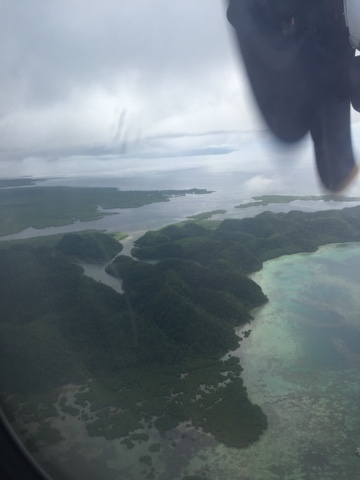 It rained after a few minutes when we arrived at the resort we're staying, Island Pacific Villa. 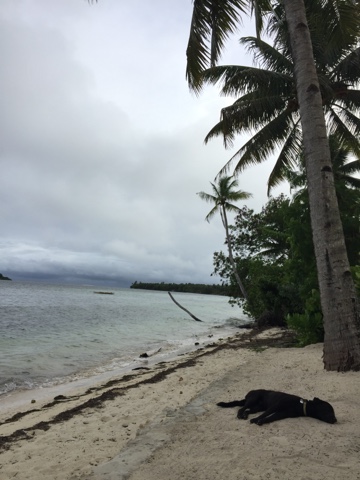 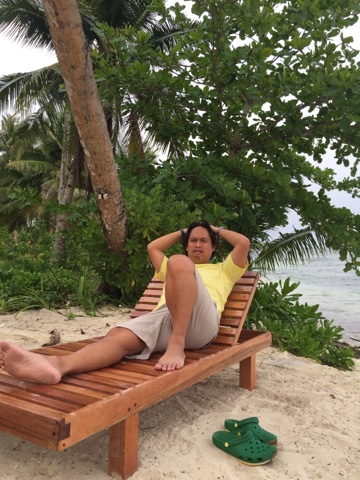 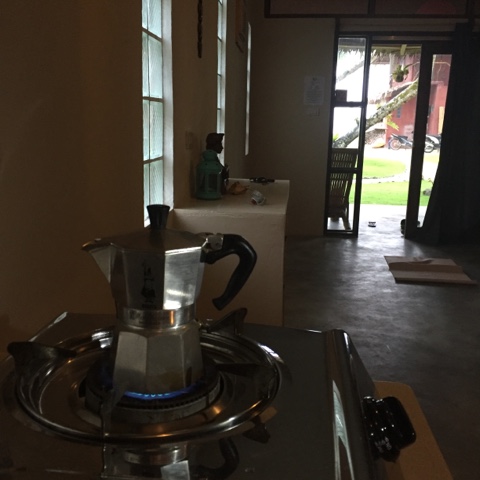 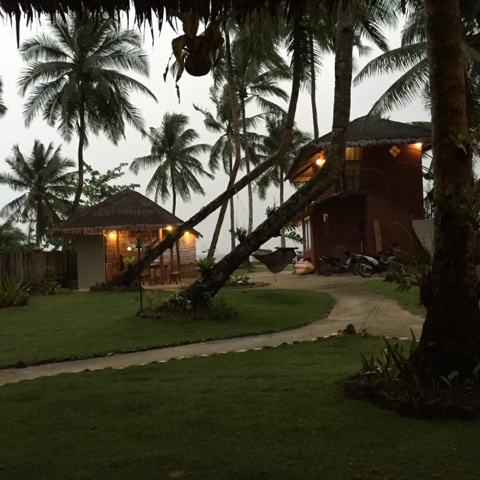 Coffee on a hungry stomach was not a good combination. So "poor us," we had to drag ourselves to this very popular Ronaldo's place where staff wear skimpy outfit. 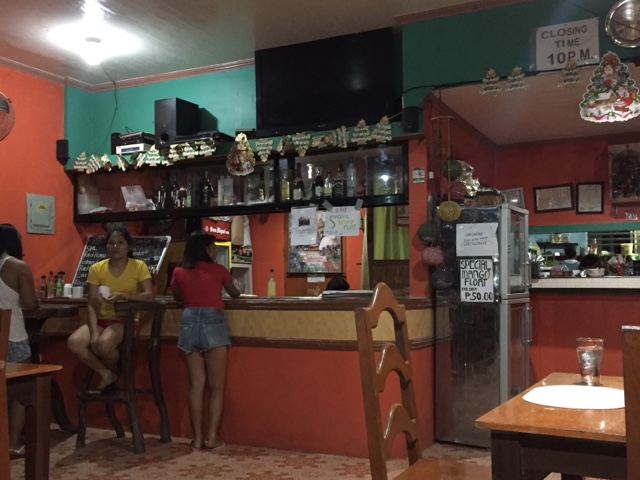 But their veggie skewer, in short barbecue nga utan, was not a disappointment. 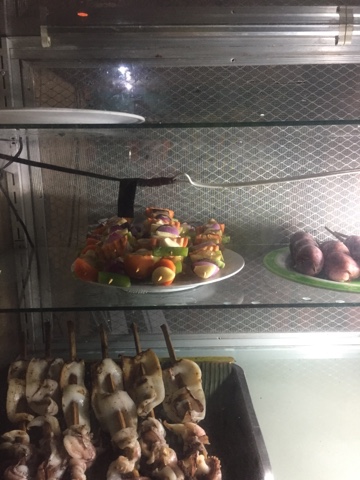 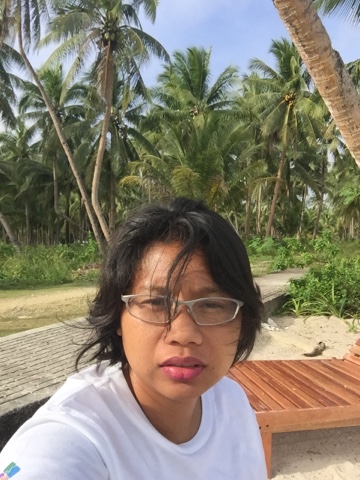