03/20/2016
Karla, our official selfie-stick, left very early for a different road trip to her hometown Ilo-ilo so no one could take the "groupfie."
I tried getting a "group selfie" but the feels was just different. #chos
This was our last eats before going back to the Queen City of the South, Cebu! This was at Jo's Chicken Inato in Sibulan. 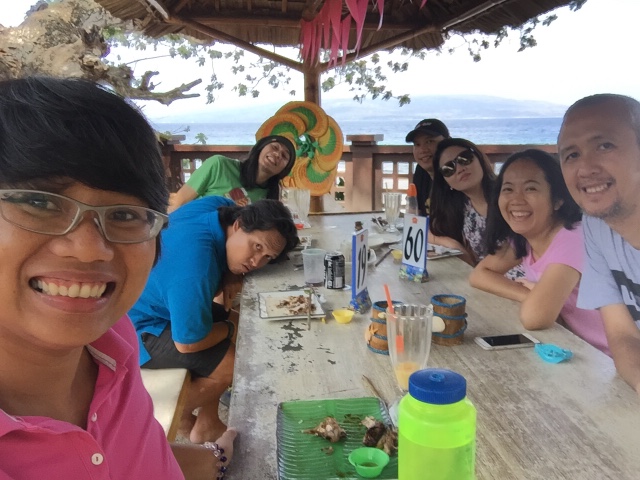 Jo's Chicken in Sibulan has a pretty set-up. 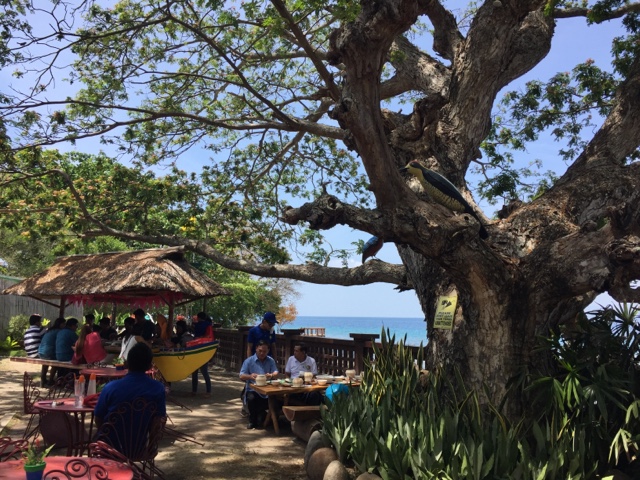 They have that boat-shaped tables and it's located by the beach. 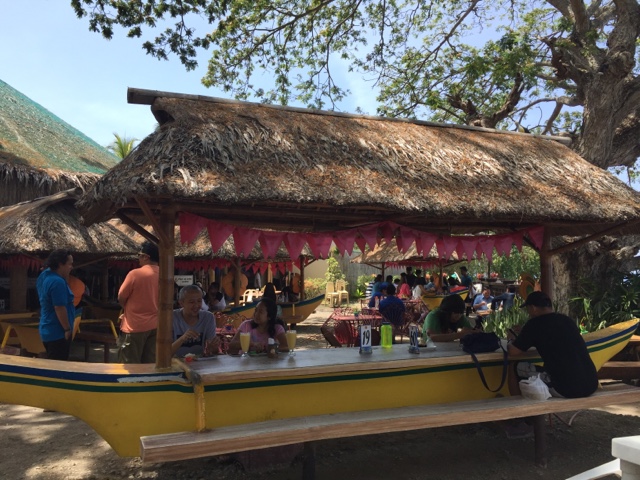 You know that Just when you got into the vibes of the place you're traveling to, it's when the time you'd be leaving it. I hate that part but I just got to be thankful. I'm especially thankful for having the chance to travel with the group this time.
Everyone's conked out from the prevous day's activities, and decided to act our age: close to doing nothing.
Breakfast was at Plaza Valencia again. I dunno with the rest of the group, but I could just lounge in that place whole day people-watching who were also probably people-watching. I guess it's a known fact that Dumaguete and its nearby towns are favorites of senior / retiree foreigners. Either they bring the laid-back pace of the place or it's what attracted them to it in the first place. Or maybe because of Siliman University, which is known to be "American" university.
Anyhow, our 3rd day was a Sunday, and together with us at the "al fresco" eateries / painitan were the male, mostly senior, foreigners. We ate at "Western Style Country Breakfast." It's where the dishes were American Breakfast of pancakes, french toast (wait, is that American), and complete with white males lounging on the outside tables.
They're probably waiting for their wives from the church or doing market. 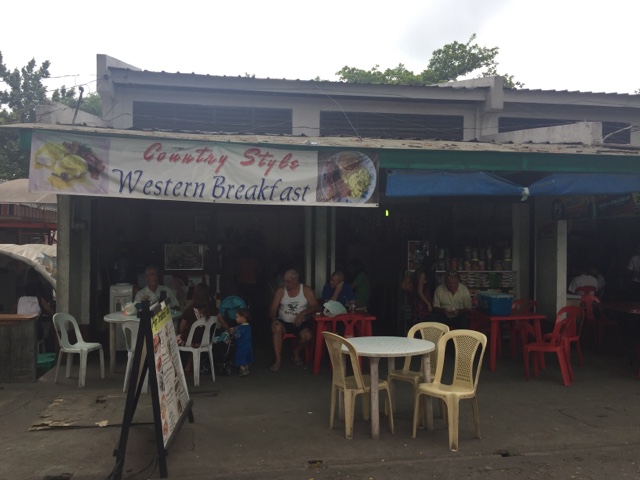 So the road in this area is closed on Sundays for the Sunday market of vegetables, fruits, and local delicacies. And, it's clean. Oh, can I have my Sundays like this? The husband and kids can park theirselves at the diners, while I do market. 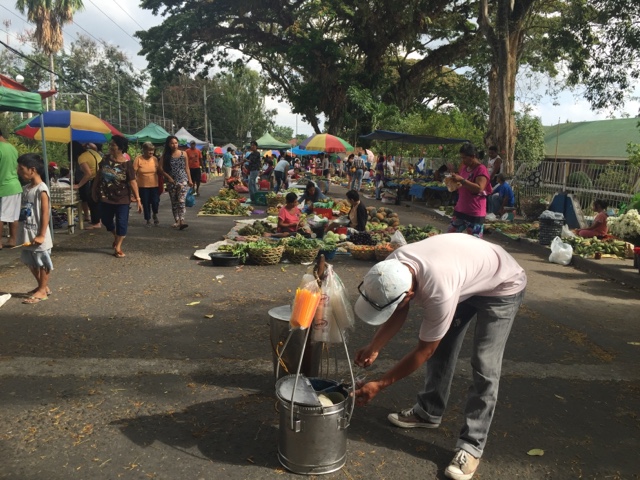 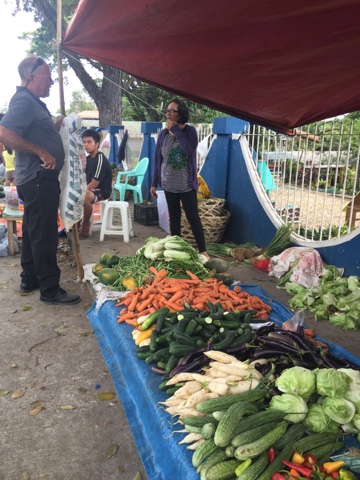 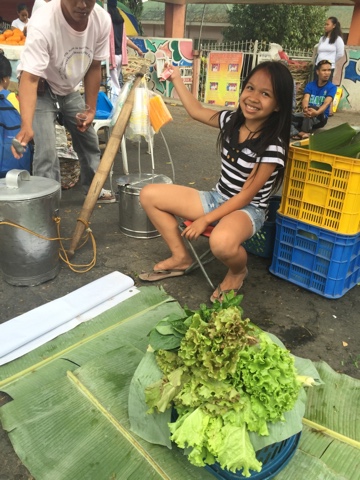 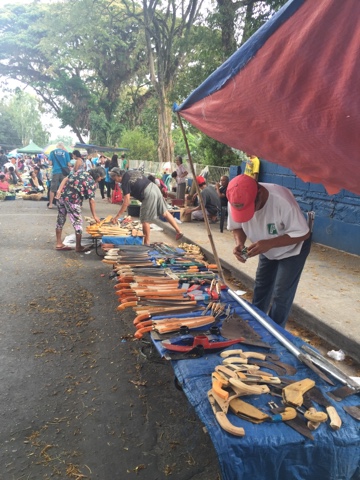 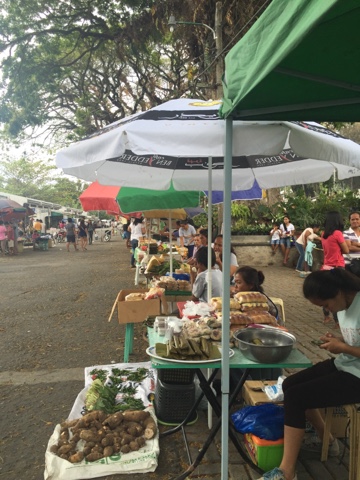 But snap, we're back in Cebu, where it can sometimes feel rush-rush-rush. 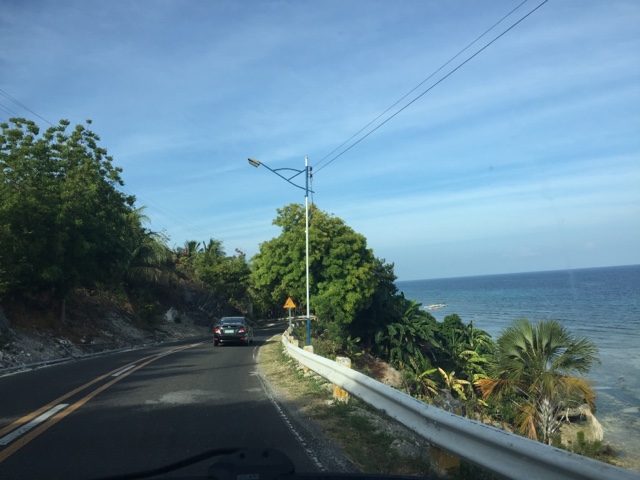