I started the day alone. Mark's injured, some kind of a sprain. So I ran alone. Well, Not really alone because the Villa's dog was with me. :) 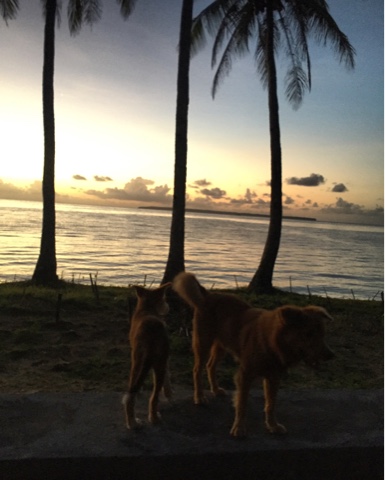 We stayed at the other end of GEneral Luna (GL), far from Cloud 9 where the bulk of tourists / surfers are. Our place Brgy. Malinao is indeed "malinaw" (peaceful). It's so quitely charming; it's hard to resist enjoying the morning view and breeze. 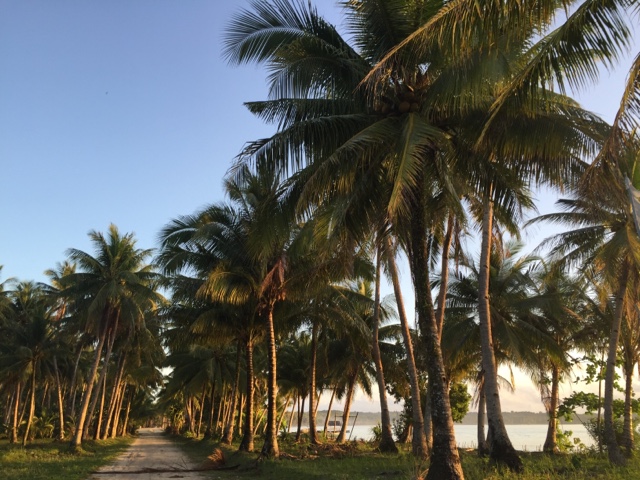 For the first time, the Type A Mark has no itinerary for this trip. He used to have it figured out from the taxi ride to the airport, what / where to do, down to his outfits to the last day. @.@ But since he has not much say,  I used him as my habal2x driver instead.
Because we don't surf, I headed to a surfing on the mat session instead: yoga by the beach. If I can't have a surfing photo, i must haz a yoga by the beach photo. But the tourists who I yoga-ed with, mostly foreigners, are not really into taking photos. So yeah, I still don't have a photo of me making awkward poses by the beach. I joined a class in Buddha Resort (they have 830 and 4pm classes daily except Wednesdays).
(students and teacher meet at Buddha Resort's lobby then walk to the nearby beach) 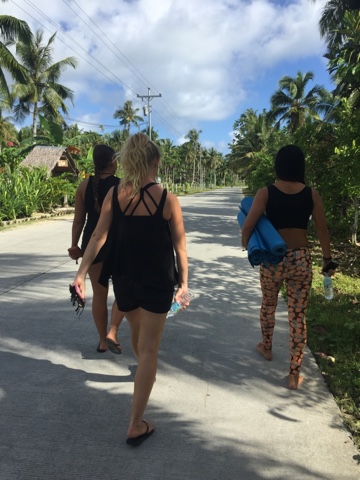 After my yoga, I then asked Mark to drive us to Magpupungko Beach; it's located in another town, Pilar (around 35km away from GL). It's a pool formed by the sea during low tide. It looks so pretty on the photos. Mark called it tourist trap.
But it was a worth it trap. I just want to be trapped in it forever though i'm not a big fan of swimming. It's really pretty except that there would be a group of people every now and then who would pass by the area to take photos of the beautiful formation so it would feel awkward to be there "swimming" with "cameras" aiming at you. I felt like an animal trapped in a zoo. :)

Anyhow, if you're visiting this place, try to reach it via the trail through the "mini cave" instead of via the beach. It's very short trek, probably 200 meters only. :) 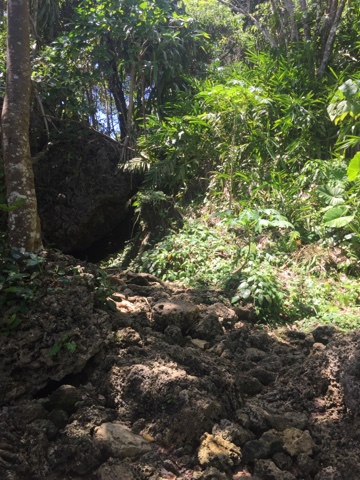 We passed by this protected swamp to and from Magpupungko, which i later learned houses crocodiles. A nice place to take a break from the heat. 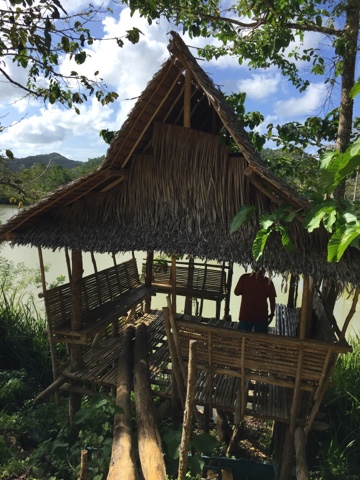 But Mark totally said NO when I asked him we should do this "Tayangban Cave." 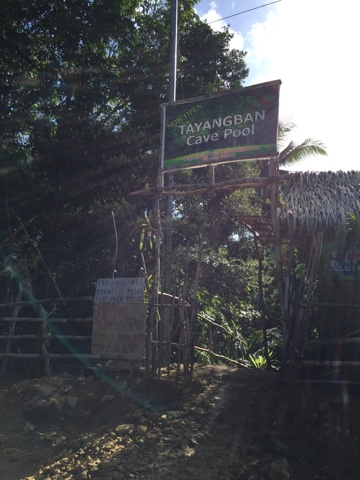 He said it's totally a tourist trap. 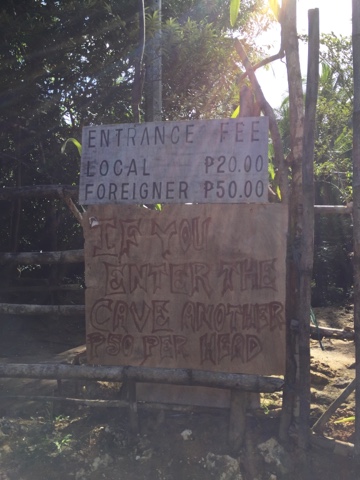 Anyhow, the Boulevard of Pilar was probably the highlight of this day. There's this small carenderia-by-day and BBQ-by-night place which served the best halo-halo in Siargao. Of course, it's the only halo-halo I tasted in the island. And as a travel food blogger would say, "it's a must thing to do in Siargao." 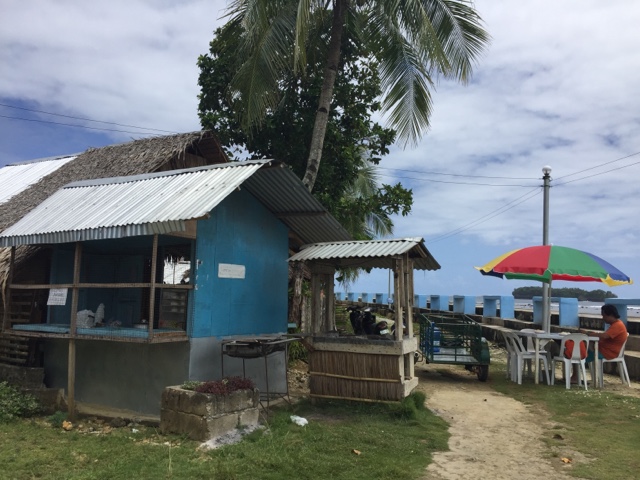 The eatery owner excitedly advised us that we should have visited the previous afternoon because we could have witnessed a TSUNAMI. You could sit on the boulevard, and get soaked wet by tsunami. And being the Cebu girl who only heard horros of tsunami via TV, I could not figure out why she's excited about tsunami. I surely don't want to be there when there's a tsunami even how exciting it is. @.@ 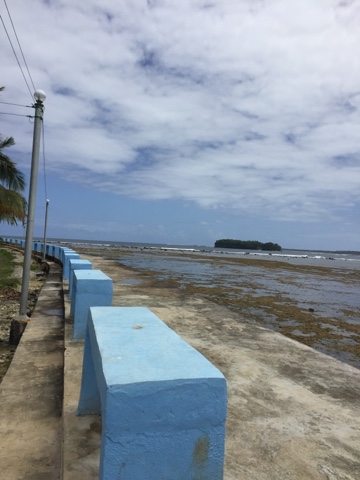 So before we leave, she advised us again to maybe come back in the afternoon or dinner time so we could witness a tsunami. I'll definitely come back -- not for tsunami -- but for this, halo-halo, the view, and her tsunami stories.
(At Hapetan Eatery, Pilar Boulevard) 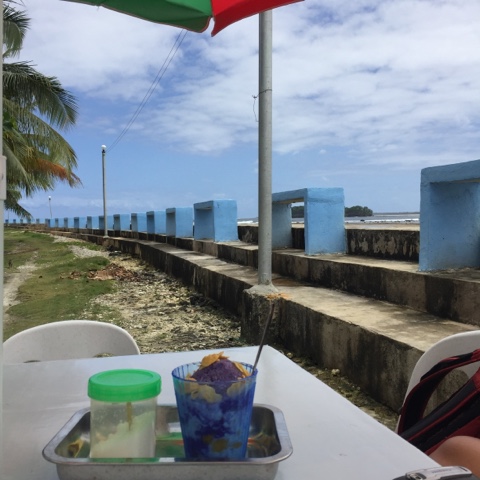 Photos for the rest of Day 3:
At Kitya's. There's quite a few hip cafes owned by foreigners, which are Most of the time run by their local Filipino staff, who sometimes has a weird implementation of their "products" like these 2 coffee which was served in 2 overflowing bodum. Not that I'm complaining. 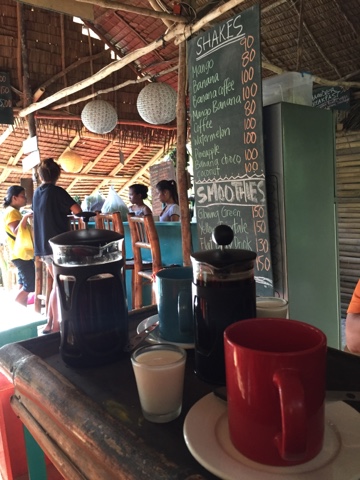 At Mama's Grill. Those moments when we don't want a hit-and-miss dishes with hip cafes, we go to ever reliable Pinoy BBQ place. 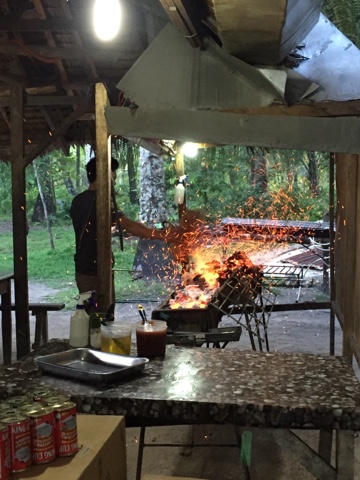 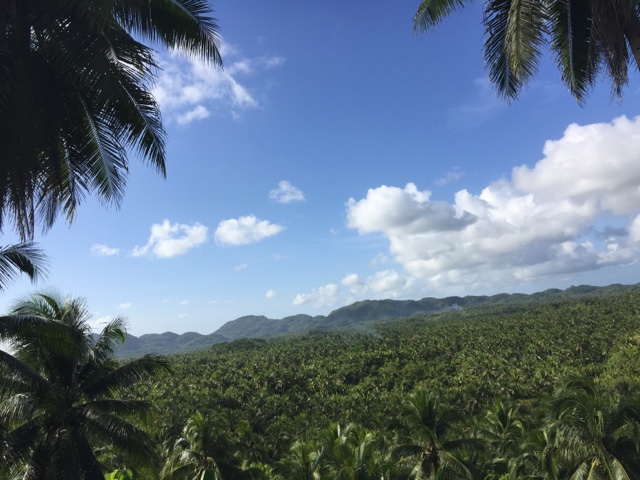