After the beach the previous day, the goal was to go to fresh water on the 3rd day so it would be Kawasan Falls (this have been our usual itinerary every time we're in badian, cebu)z But before that, I went for a run before the kids were up. The plan was to go wherever my feet would take me then just turn-around and go home after 1 hour. 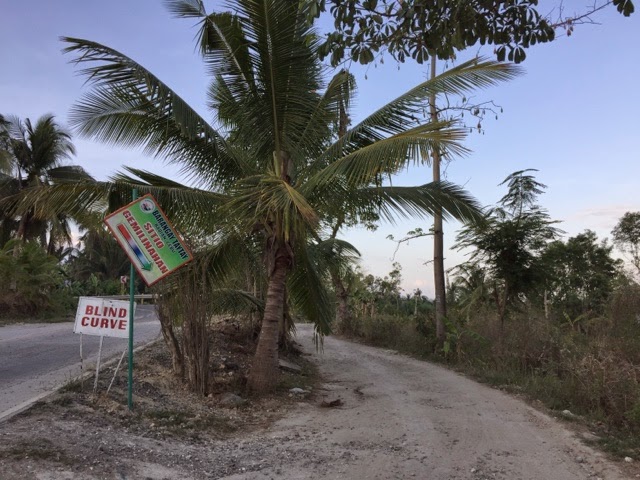 Fifteen minutes to 1 hour, I took a detour that led me to a mini-hydro in Basak, Badian, Cebu. At the back of it was a hill, and I thought of going to the top of it to take a selfie as my turn-around point. But it was too late when I realized that the path i tried to follow was not a footpath. It was really more of "water path." My problem is that I don't know how to go down a very steep hill so I could not backtrack to where i came from. So i continued going up a hill which has something like a 80degree angle.
Anyhow, long story short, a farmer passed by and pulled me up to get to the top. 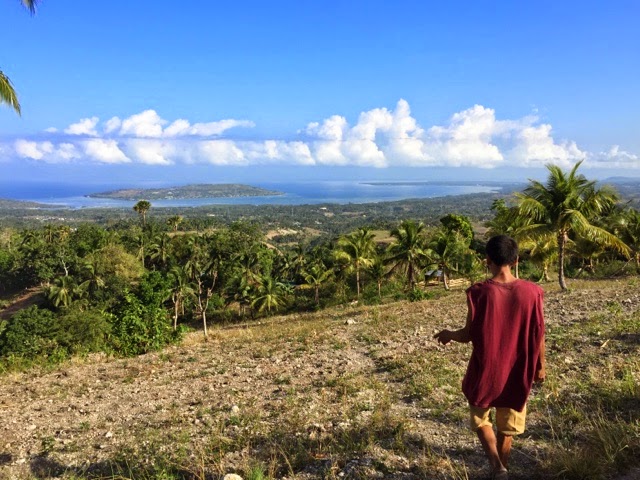 So there i got my photo on top of the hill taken my savior, Manong Pat. 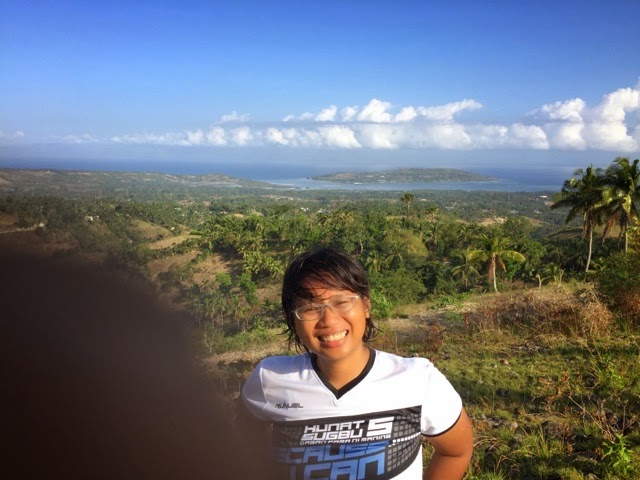 So I had not much choice but to follow him until I'd get back to the main road.
Then, we passed this "Kawasan" river. "Kawasan" is actually something like "gawasan or awasan sa tubig." 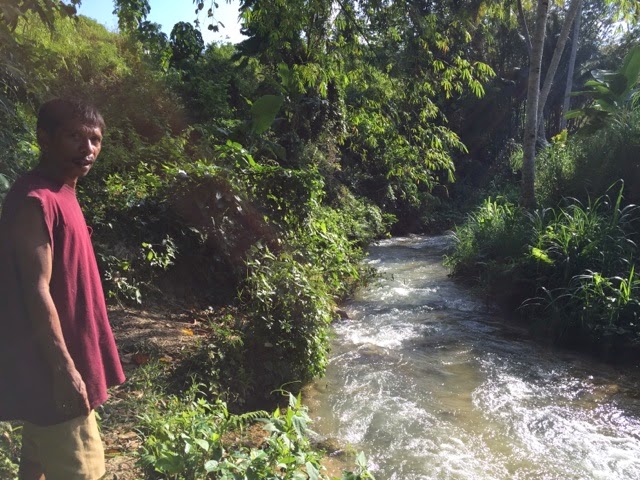 After my "kawasan" trip, now it's time for the kids' Kawasan Falls trip.
We went to the market to get some "baon."
You just cannot say NO to that face requesting for doughnuts. 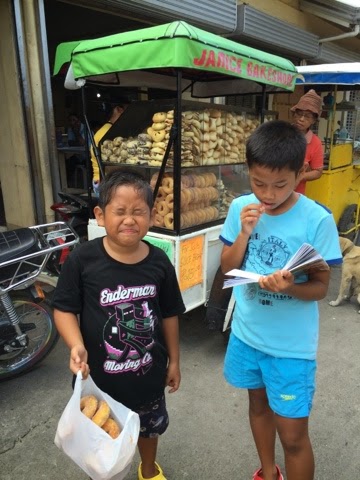 Lechon manok. Maybe i'm extra patronizing it, but Lechon manok in the Badian's public market is just extra yummy goodness. It probably is because of the lots of spices. 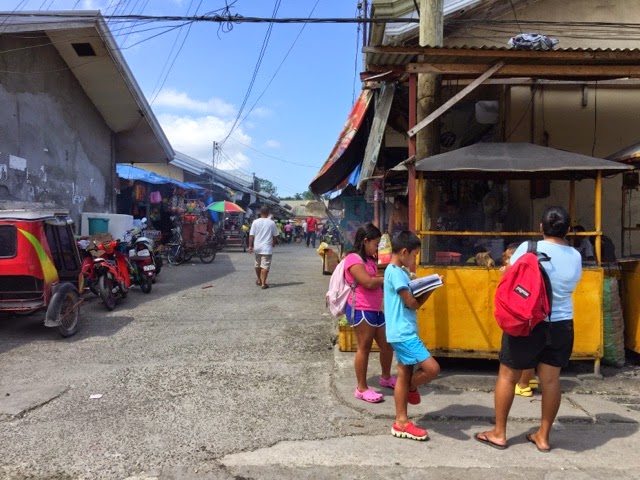 And, puso. I think puso in the rural towns are also yummier than in the city. We got on a multicab. (P10/head to Matutinao) 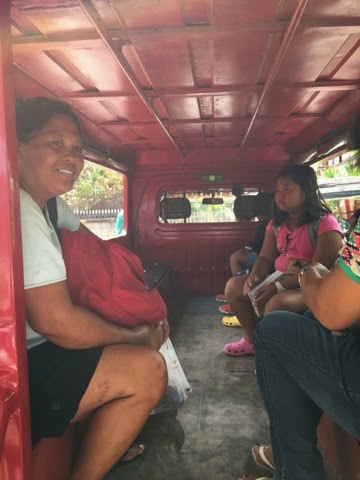 It must be really summer when a lot flock to the falls. 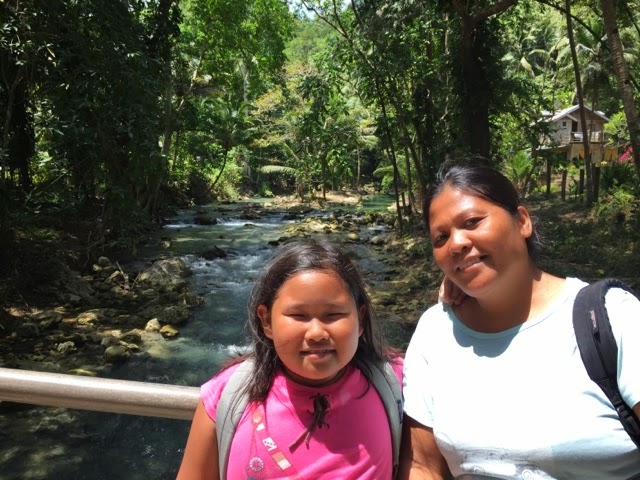 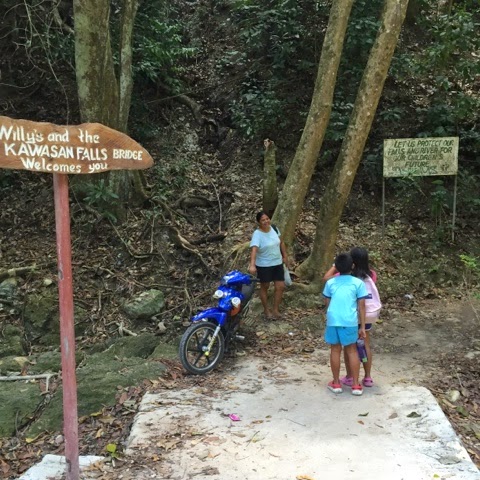 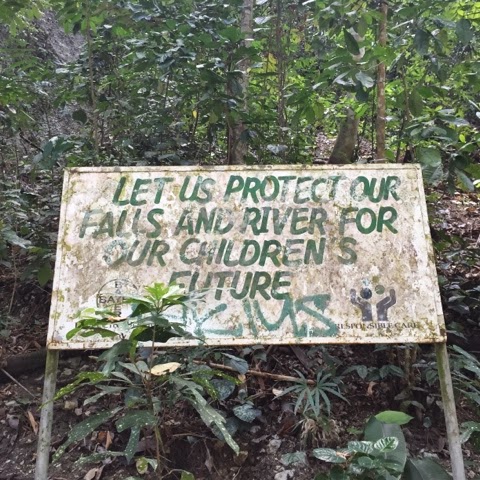 For me, the 2nd Falls of Kawasan is the most child-friendly aside from that it is less crowded compared to the 1st Level Falls. 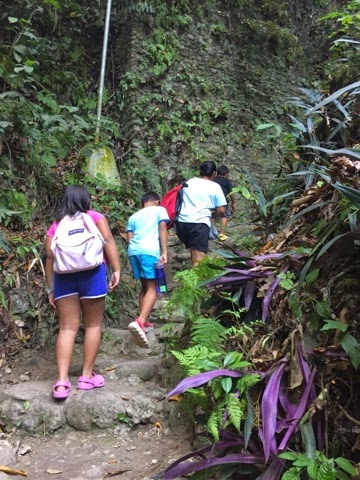 Though, it got trickier when Meg bonked in the middle of trekking to the 2nd Falls. It must be with the some steep ascent parts. But I guessed she was refreshed when she saw the river/falls along the way. 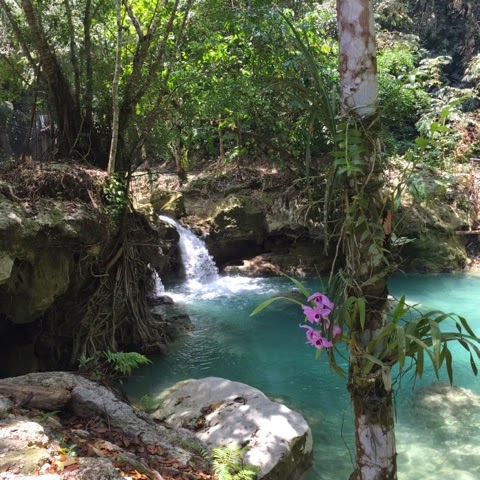 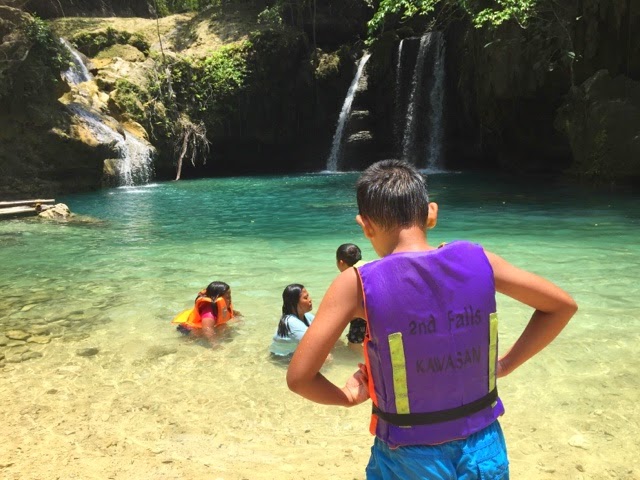 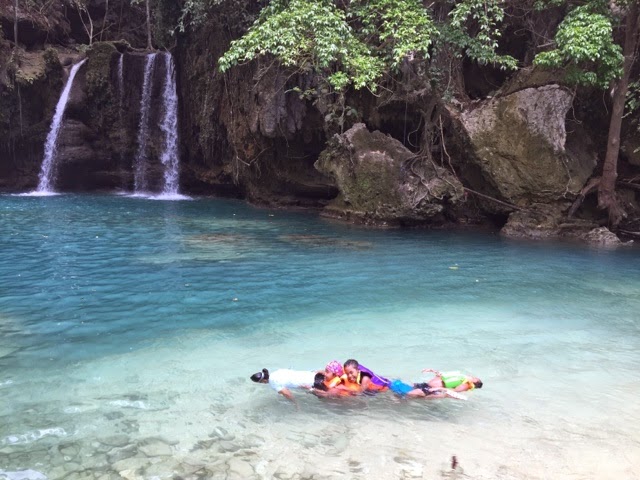 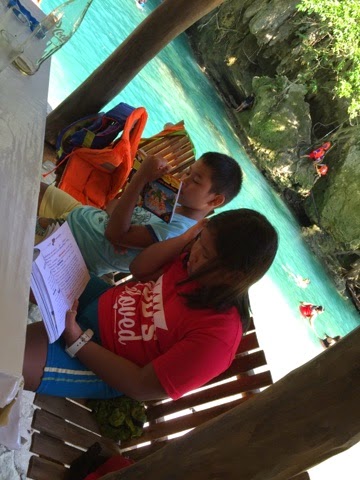 At 2pm, we started the trek going to the main road from the Kawasan Falls before the rush of people going home too. 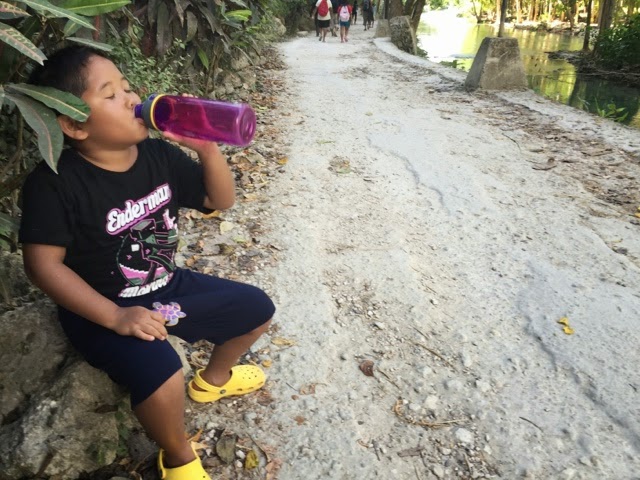 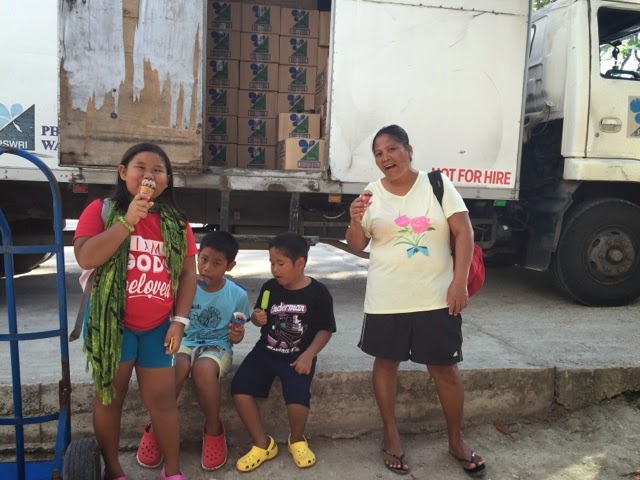 One more favorite, across the Matutinao church/Kawasan entrance is a sari2x store who sells my closest-to-childhood-favorite torta. 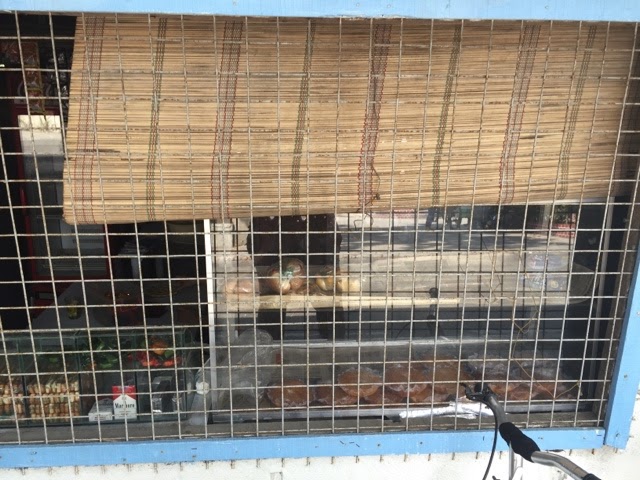