I have not much photos because this... 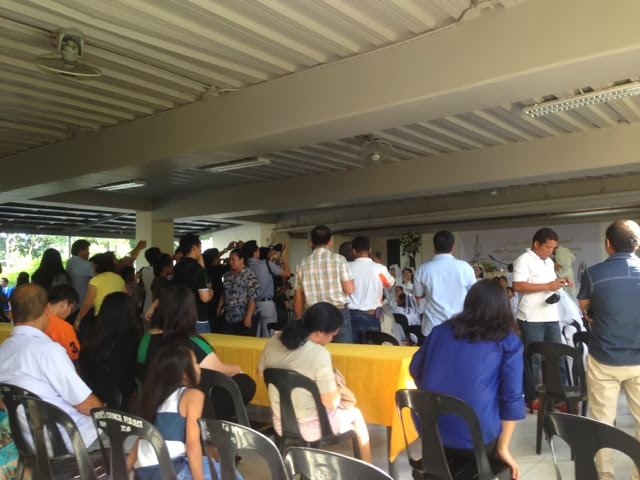 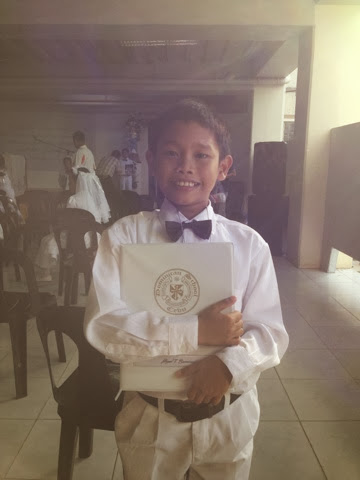 First communion is supposed to be "romantic" event but I was disappointed with it. There's too much unnecessary fanciness in it. I don't think there's a need for laminated certificate, giveaways, and such.
To top it off, the priest's sermon was about these 2 men. One was into pornography, and tried to rape the very nice 12yr old girl, who died because being a good girl she refused to have sex. The other man discovered his friends looking at "bold" magazines inside the church.
So the lesson of the girl's story is it's better to die than to sin. What the f*ck was her sin? If she would accept to have sex so she would not die, then she is sinful?!?
Seriously, the kids there are 9-year olds. What do they know about rape and pornography?!? Thank you, father, for introducing it to them.
Though, I know these kids are not at all "innocent" but there are probably more beautiful sermons and stories to share on a child's 1st communion. That was probably not the best time. I mean he can talk about honesty, hardwork, selflessness, or just plain random fable tales instead of rape and pornography.
Thank you, father, for ruining MY memory of my kid's 1st communion. I felt raped.
at 7:00 PM