(Photos from celphone. Skipped HK day 4 because photos transferred to computer.)
If you're into brands plastered on Vogue like LV and other hard-to-spell brands, HK is definitely a heaven. But since I can only afford the "bench"-type brands, le sig,. They're mostly tucked in some subway station, it's not at all inviting.
Until, I got into Citygate Outlets Mall on our way to the Nongping village for the cable cars & Giant Buddha. (Lantau Island where airport is.) 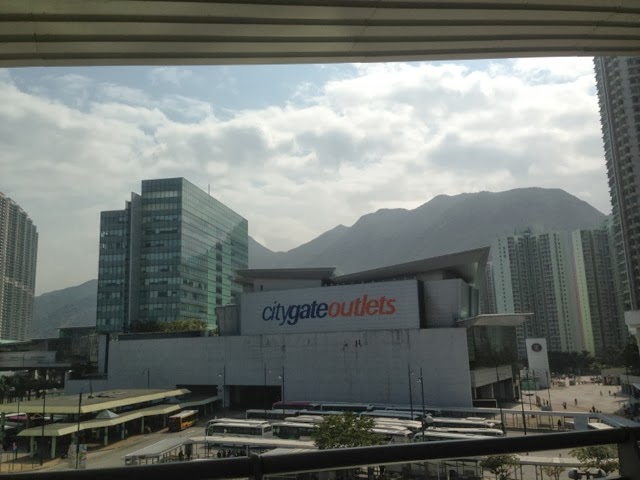 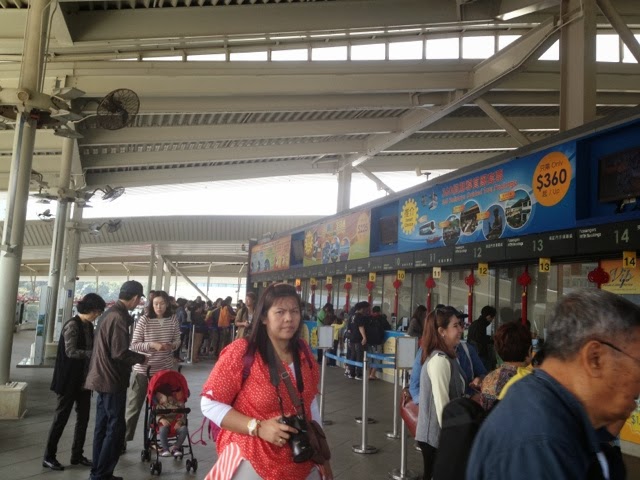 But before that shoppaing thing, we paid first the Buddha a visit via the "regular" cable car. And, I felt that even Buddha can be a "shopping" experience. 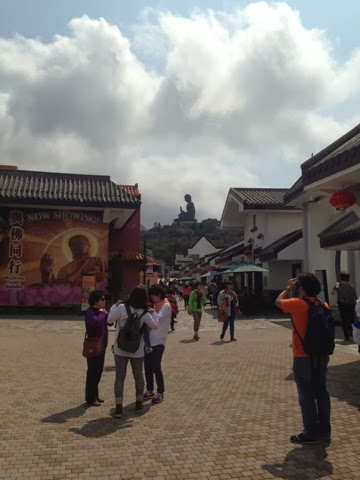 A souvenir shop is waiting after stepping down from the cable car. Then the Nongping village which is row after rows of stores / restos all the way to the Giant buddha.
Then at entrance / exit and at the top of the Giant buddha are stores / shops. I'm sorry to say this but i kinda feel Simala is patterned after this. 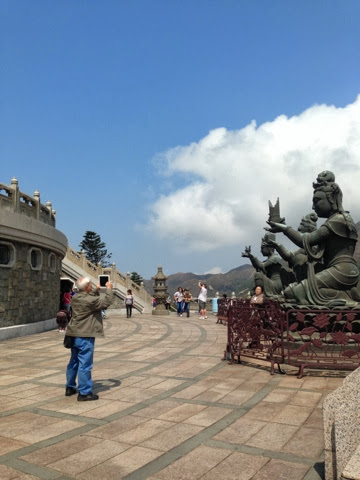 I think going around the "trail" around Nongping Village:0Giant Buddha has a more solemn / peaceful effect.
(Selfie w/ my new sweater) 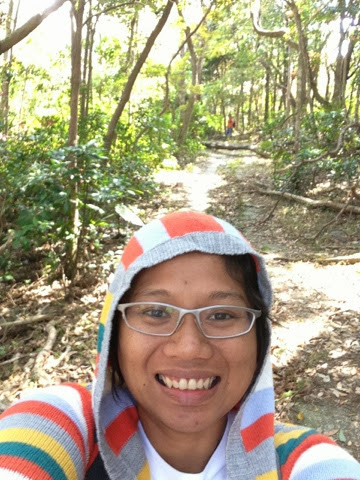 'Went to Lantau Base Camp back in Moi Wu, where the port is. This was the only decent "outdoor" shop I found in all of our stay in Hong Kong. And, owner was some top placer trail runner who confirmed what I thought. 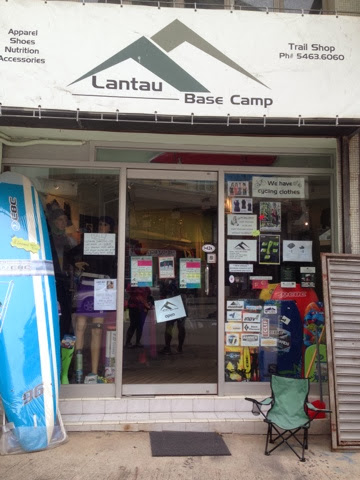 Lunch was in something like a "sutukil" equivalent in Cebu. And as always, "lost in translation." 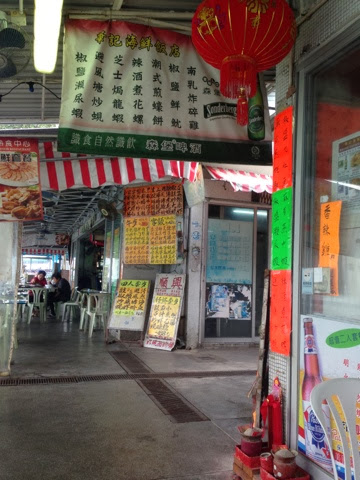 Then we sneak in some shopping at the Citygates. It's the only mall in HOng Kong where I found those not-so-pricey brands outlet shops like Guess, etc.
There were a lot of Sporting goods brands lik nike, adidas but i was totally disappointed because their stuff are mostly "fashion" wear items like thise glittery sneakers.
I got stuck at Esprit.
And, Mark got annoyed because I wasted his time on "bargain" stuff. Wow! Look who's talking? Between the 2 of us, he is the self-proclaimed consumerist Uncle Sam is proud of.
But I guess, we do age "mentally." And seriously, shopping is such a waste of time when traveling when I think Philippines has way much better items unless you want the blings on Vogue mags.
But hey Esprit Jeans at 1k? It doesn't hurt that bad?
(Pilipino and bombay store side-by-side. Must be owned by Chinese.) 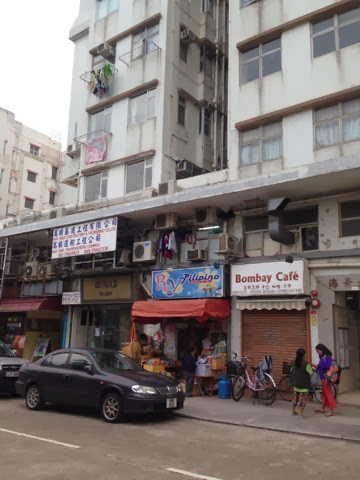