This has been in my mind lately. And, i want to get it off so i can be "in the moment" in our fake "backpacking trip." So i' writing this down, whatever are on top of my head.
There are 2 main things, which i probably write over and over here, why i committed myseld to do this:
* promote a local tech startup product. Coming from the software tech industry, this is natural. Having been around programmers, i have seen deaths of products (involved in few of them). And, i thought, i'll give this my last try.
* being able to build a sustainable business to support a team (of athletes). I think dole-out support is not sustainable. Anyway, long story short, i think you need to have a business to support a team.
Aug. 2012 - December 2013

Aug. 2012
I'm not sure with the dates, but i think it was after an ultramarathon in Tacloban that I committed myself to work on runroo/aktib, assisting Armie. We started with creating contents. Armie works on multimedia contents, while I was more on written/blog whatever you call it.
Then the aktib race listing started some time along the way. I started encoding the race listing. Then, we had the help of Andrea as intern.
February, 2013
I think this was the time Soybitz got onboard. He manage the race listing, the social media, and I guess generally all sorts of things to do on aktib.
So i guess it took around 1 year and half to do all sorts of content and "relationship building" kind of marketing.
January, 2014.
I could no longer recall how it went when finally we had our first customer to work with - selling their registration online. It was Rose Pharmacy Fun run.
It was funny because some thought that finally i organize a fun run because of "Rose" in the fun run name.
I think we made 20 registrations for that. We charge 50 per registration. But minus the credit card fee charges, we roughly make p10/registration.
So our first business deal -- we made maybe P200! :)
Wow! This is it! It's like victory!
IMPULSIVE OPTIMISM
I don't know what right term to use for it but as they say that startups or entrepreneurship have this crazy faith / optimism that they can make it based on abstract facts.
Like the P200 revenue from the very first deal had made me think that yes, we can probably make even just 10k a month. The 10k is just enough to at least pay a salary of 1 person, which translates to at least 1000 registrations/month.
THE ROAD TO 1000 REGISTRATIONS
...is just so tough!
I guess coming from the runners' side at the start of the business, then having not much experience on the "organizers's side," as we work along the way with them, a lot of hard realities we just learned:
April, 2014
Just barely over the first quarter of 2014, i raise the red flag of surrender. I told Mark that i can no longer do aktib. I am doing i dunno how many roles just to promote fun runs to stay afloat. We cannot also add people because we have nothing to pay for salary.
It was a circus between soybitz and i! We had help from Mickie but sadly we had to let go of her because we can not even afford ourselves. (That's another post.)
June, 2014
Not sure w/ dates. We did decision of quitting aktib. But Soybitz rose up to the challenge. He said that he'd try to see how he could salvage it.
So I go along with him. From then on, it was Soybitz and I.
We did great, in a way that Soybitz earned something from it to keep him afloat. Note that i'm not making any, except for all the valuable experience. I'm not complaining but if you want to view it strictly as business, we're negative. As i mentioned, we're doing the role of 5 people to earn for 1 person.
You can say that we are probably not doing it the smart way. Or we should do that or this strategy. But with just the 2 of us juggling different tasks / roles, we just do not have the time to reflect on a new strategy/approach.
Sept. 2014
I guess we got burned out. Doing multiple roles to sell simultaneous successive events is like back-to-back racing -- burnout is just bound to happen, quality was definitely suffering.
As much as we want to give a good fight, but we or maybe I is really operating on an empty fuel tank.  If it's a race, we had given all what we got, there's just nothing we can dig on.
---
October 2014
I raised my red flag again. I told Soy that he should just focus his time
On creating his own business that better make sense (pls check his chemical-free meat, sarsa suka from pure coconut juice, pure honey at soybitz organic farm in facebool). That he should stop making his world revolve around aktib.
We think of different things or ways of how to make it more profitable, and they're not impossible. But but but then it's going to be yet another experiment thus "money" is not sure. And, one of us cannot just do it for free any more (when you're trying on an idea, it's basically free slavery). (Different posts for this)
And honestly racing events is a bit of a fickle kind of business, especially in cebu. There's definitely a future in it, but you have to wait that cebu's middle class population will be like metro
Manila. For now, it will be just some sort of on-the-side kind of business, unless you want to invest big money on it. Big investment = (highly means) big returns (definitely, i don't want to do it because bigger more tasks to do)
-----
So I guess i'm in quite delimma now. Because thankfully, despite shortcomings, we did make a few good relationships with organizers and i still would like to believe with runners/athletes too. I wanted to move on, but i also don't want to totally let go of it.
But most of all, is there some thing for me to be "delimma" about in the first place?!? Because at the end of the day, i think what i have is a first world problem.
Anyhoo, we still have runnilla event, pls do join us. Check http://runnilla.com. It's probably just one of the remnants i will keep.
Pahabol: And, the elora supermarket 1st anniversary run, the lapulapu marathon before the year ends. 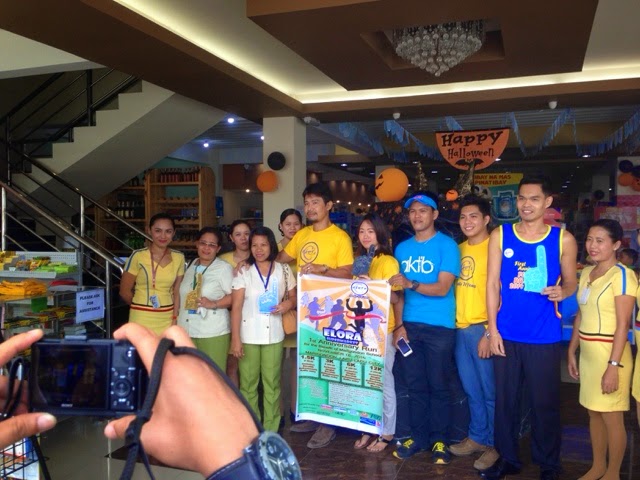