"Ganahan kaayo ko, 'ma. I really like Ticket to Ride," Meg kept saying after the ir 1st game.
Mati's first impression was it looked like a map. Duh! :) 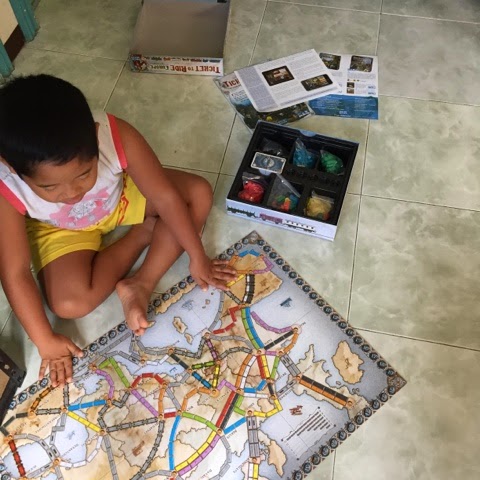 But it proved to be not as easy as reading a map. It probably took a few youtube demos, scanning again and again the manual -- an hour to figure how to get started with it. 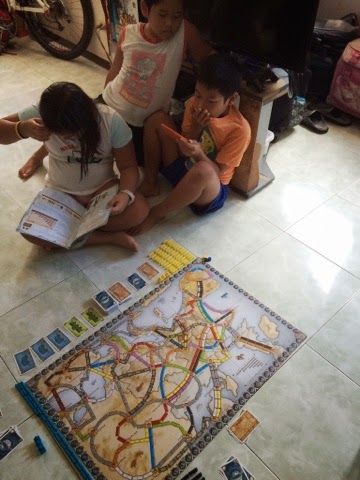 Funny thing is that after they kind of figured it out, i still do not get the gist of it. It's either too geeky or too millenial. 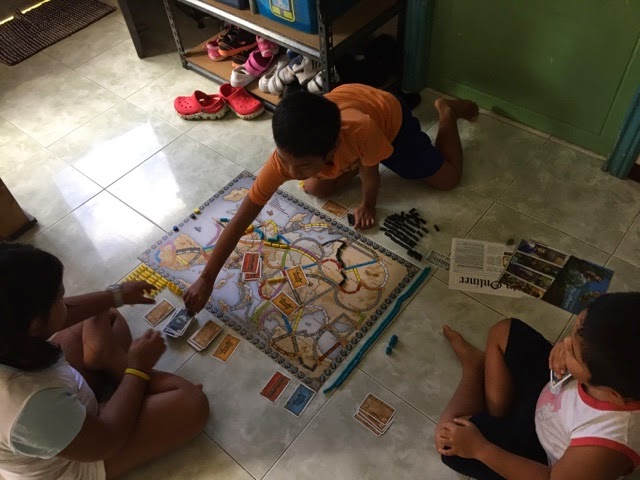 Ticket to Ride is probably the 4th board game we got from http://ballistagames.com, but is probably the first one which the kids were able to finish the entire game. In other games, they would always end up fighting with each other as no one wants to lose. Maybe because, in Ticket to Ride, each player has his/her own goal or destination to achieve so it's not like they're directly competing with each other.
-------
When we had the no-internet in the morning rule, i find them pulling out their board games again. Then Meg asked if we could have a new one so i asked the board game master of ballistagames.com what he could recommend. He suggested Ticket to Ride. :)
And, i guess it did not disappoint. Even the 4-legged furry friends enjoy it. 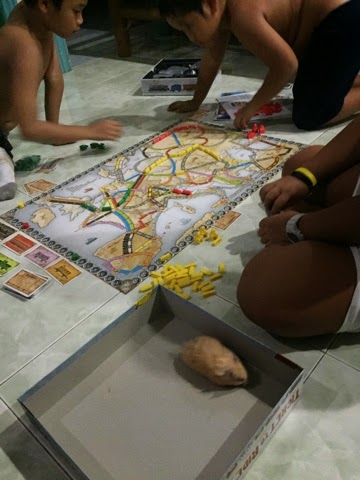 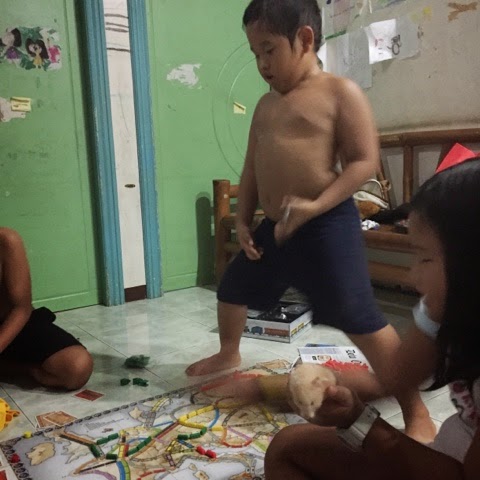 For cool board games, check ballistagames.com based in Cebu, Philippines. They have table top days every week in IT PARK.
at 8:51 AM