Morning run. After a few minutes of following the dirt road going up to the mountains outside of Campuestohan Highlands Resort, I saw this sign and the guardian said I needed a permit to go up the mountains. 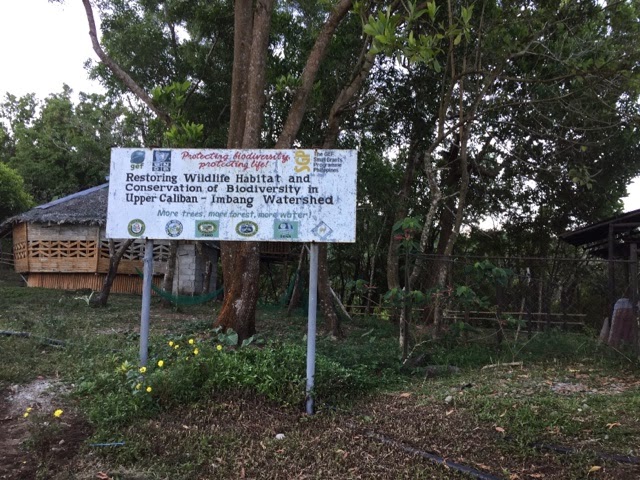 So I backtracked, and found a detour. 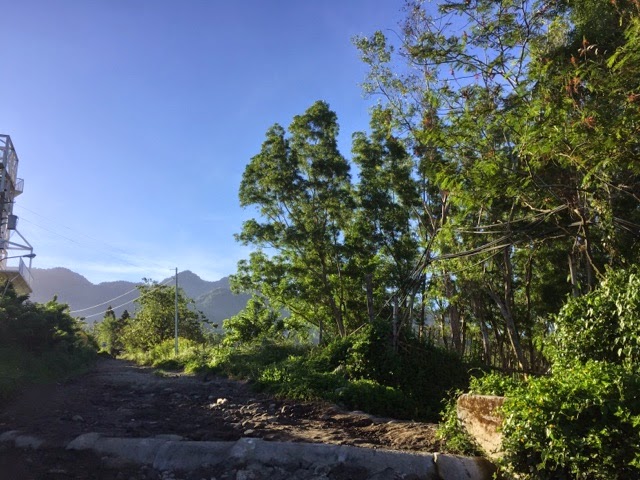 I was not sure if I was trespassing or not, but the dirt road was yummy, and the view was pretty. 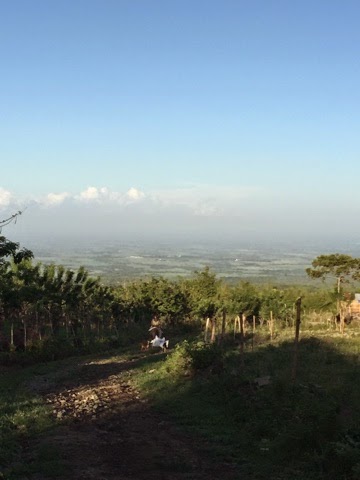 I passed by rows after rows of game fowl farms. These chickens are lucky to be living in such beauty. 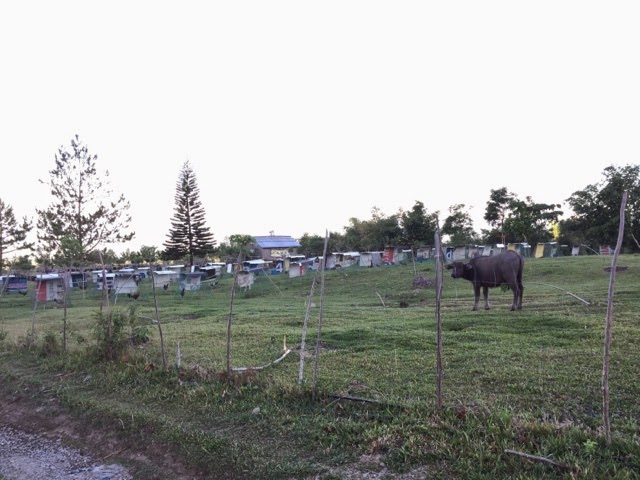 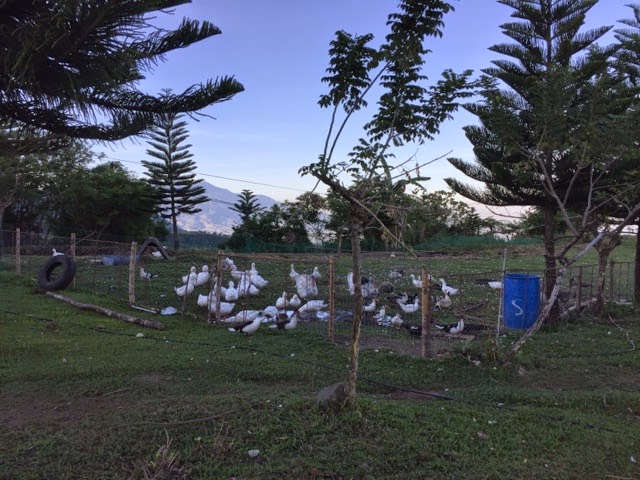 This day, we decided to move out from Campuestohan. We originally planned to stay for 2 nights but the "excitement" of the place was too much to handle. 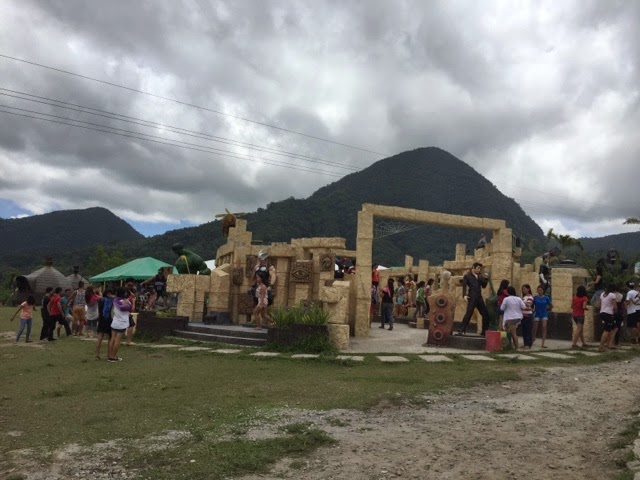 The common toilet was not even spared from the guests' excitement.
(That's a toilet.) 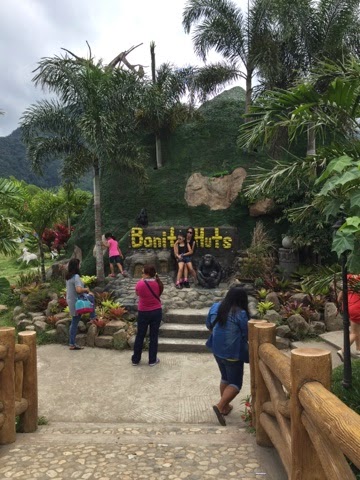 While waiting for Mark to get done packing our stuff (it's quite a challenge loading and unloading stuff for 3 kids & 2 adults), I and the kids had a last tour of the place. I, Migi, Meg, and Mat planned to take the "rope course to while the time away.
But it ended with only Migi taking the challenge. Meg and I backed off upon the closer look of the whole course. Mateo did not qualify yet because of his age/height. 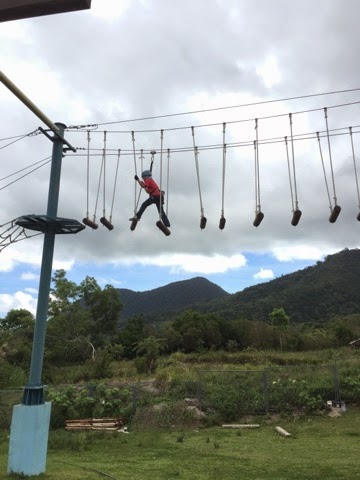 The rope course was the saving grace of Campuestohan for me. I have not seen a lot of rope course but theirs was definitely challenging, and the personnel behind were also good. 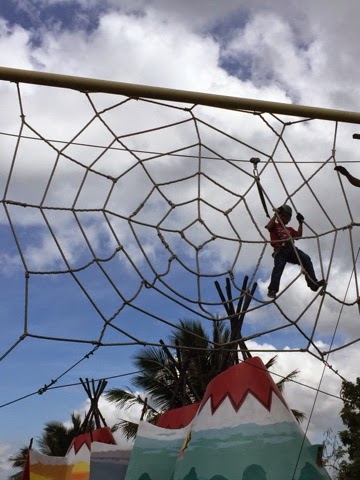 When he got out of the course, migi announced that he wants to try all the rope course in the whole wide world. And, he was very proud showing off the socks he got from it, which he claimed as his award. 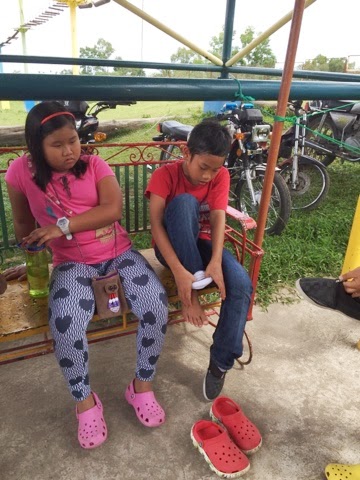 This was the scene in one of Campuestohan's parking lots when we left. And it was still the early part of the day, and they probably have 3 more parking lots. 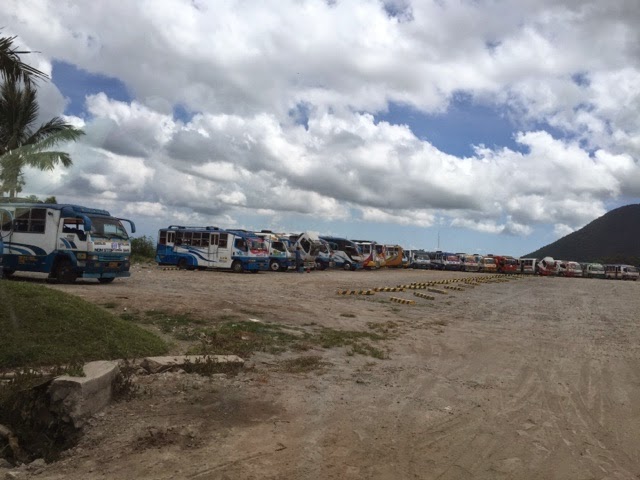 From Highlands of Talisay, we transport to the low lands.
Waze led us to a road that passed by The Ruins so we played tourist. 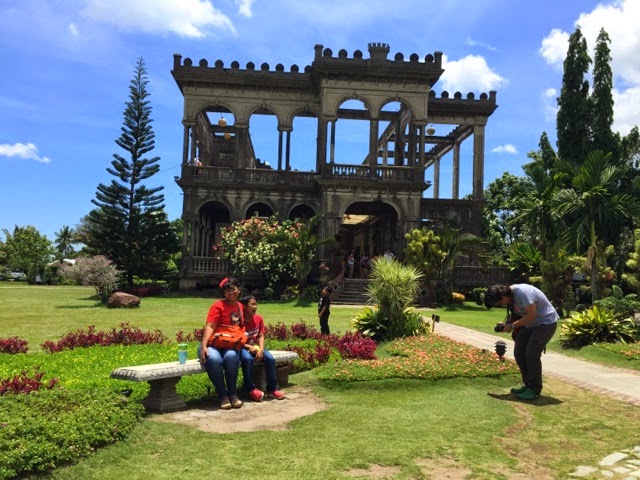 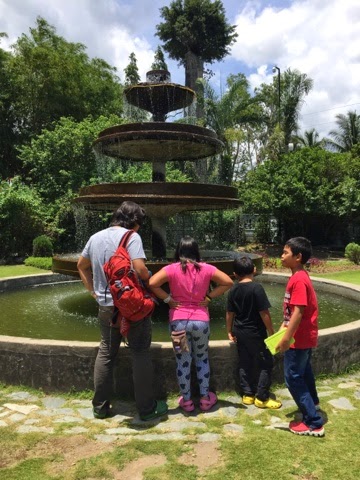 I asked the kids if they knew what's that object (below) for. Migi said it's a "typer" used for writing before computers. :) 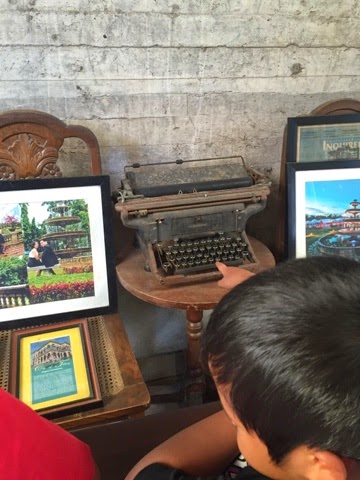 From the faraway mountain, the new place, Natures Village Resort, we're staying was located in somewhat a suburb nearby Bacolod, Talisay City. It was a mixed of subdivisions, an Ayala mall, and sugar plantation which will soon be probably become subdivisions/buildings. It felt like Traveling with the city accommodation -- there goes the "change of scenery." 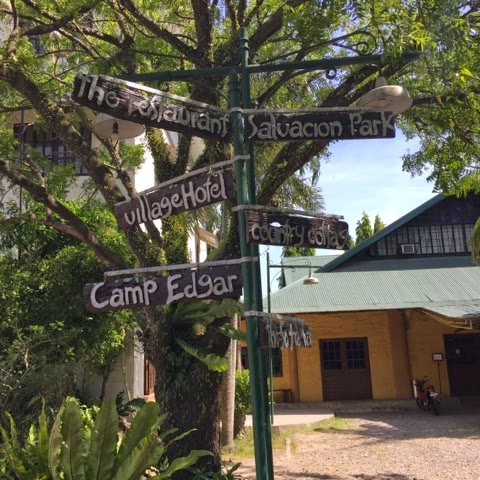 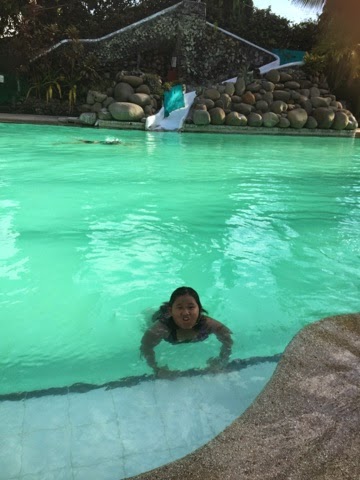 Then, we became mall rats.
Calea. It's everyone's must-do recommendation. This place definitely proves that Negros has vast sugar plantations. 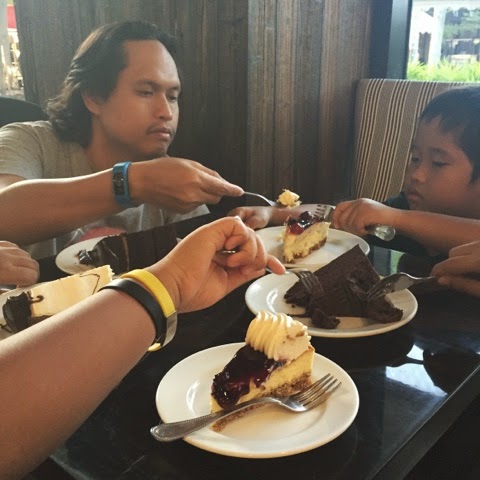 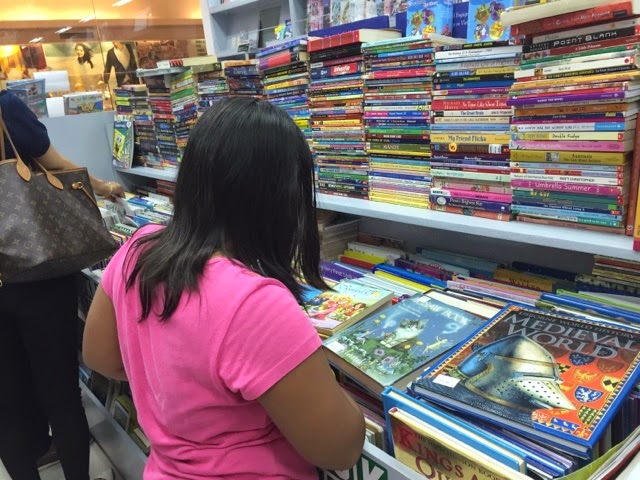 Dimsum, their other comfort food. This was at L Sea. Though kids got disappointed when they don't serve the "dimsum break steamed rice," but every thing was good. 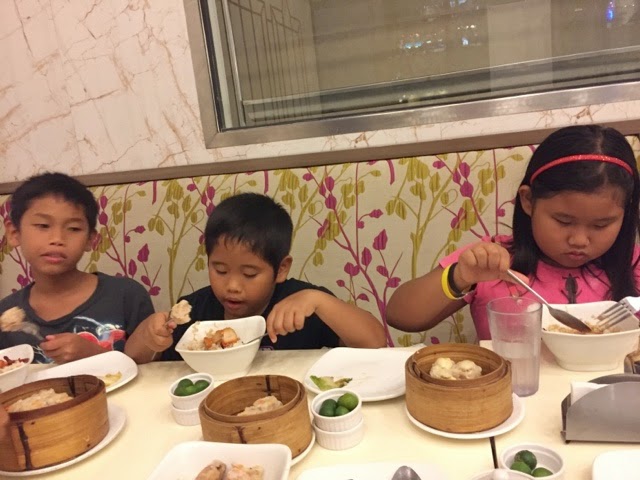 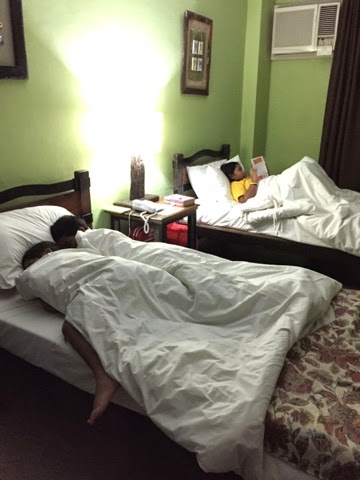