Since we arrived very late at 11pm, everyone was sleepy that we did not care much about the place we're staying, Sampaguita Gardens. Honestly, there was nothing wrong with it for me except that Mati, the youngest, commented that he found the place creepy.
It was situated in New Washington, a nearby town to Kalibo, close to the airport area. It was by the beach, but you cannot directly go to the beach from the hotel because there's a seawall. Anyhow, it gave the hotel a good feel. 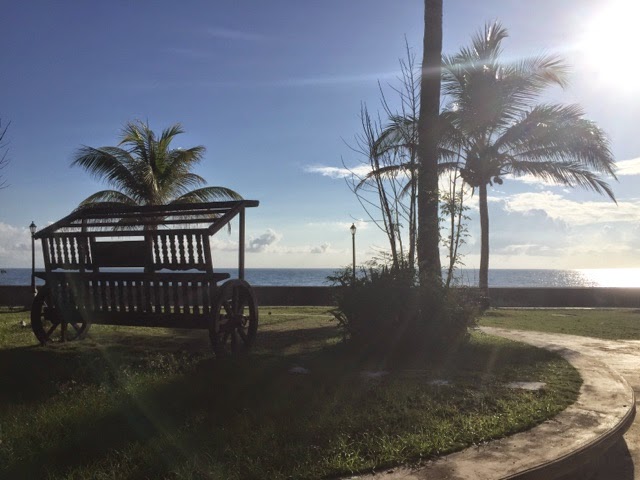 Mati was actually referring to the Angel statues of the hotel. 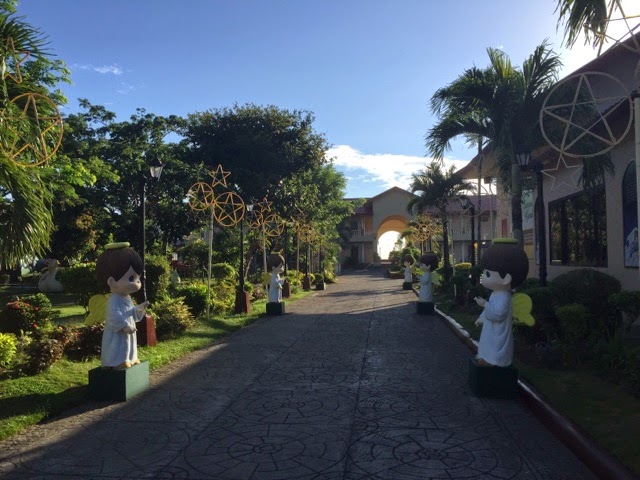 It turned out that the hotel is owned by Sam Butcher, the creator of Precious Moments. I really thought at first that either the owner is obsessed with Precious Moments, and he ripped it off in Aklan. :) 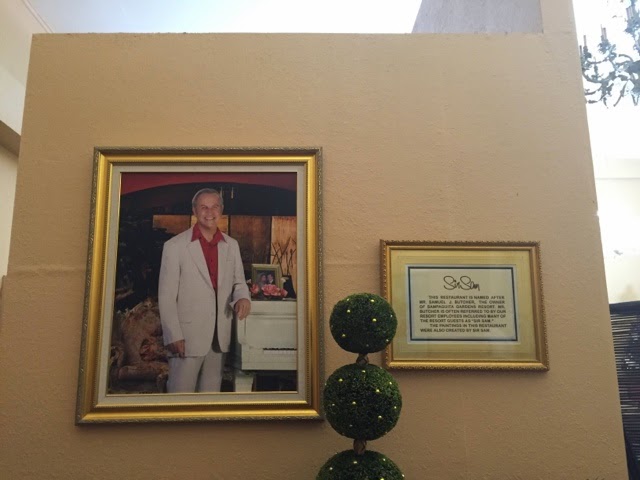 I think kids will love the place because it's like being in a childhood fantasy, there's a Christmas Village. 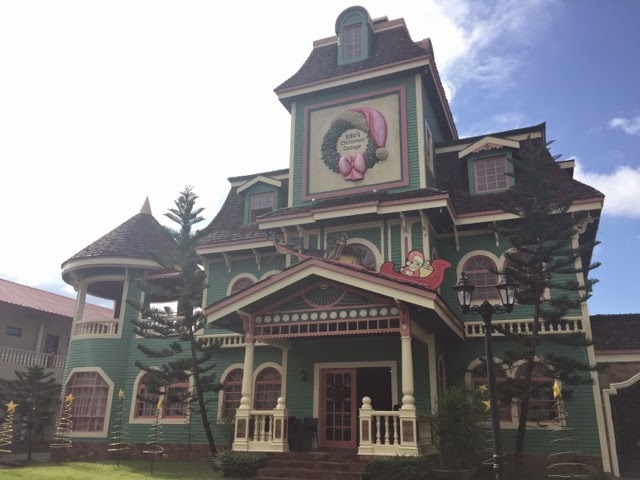 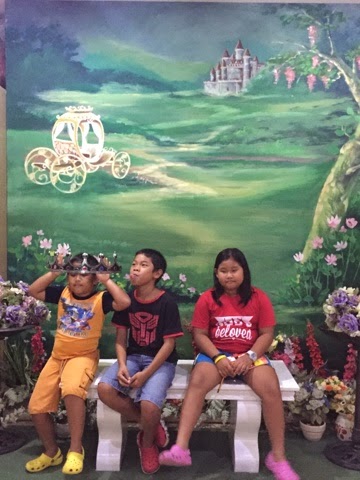 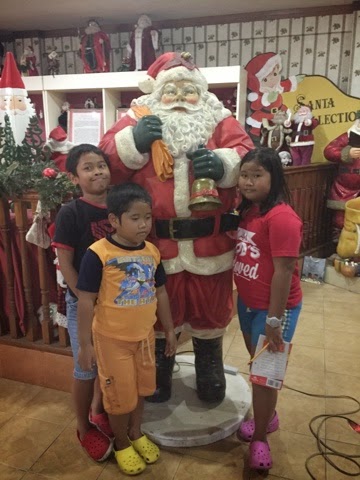 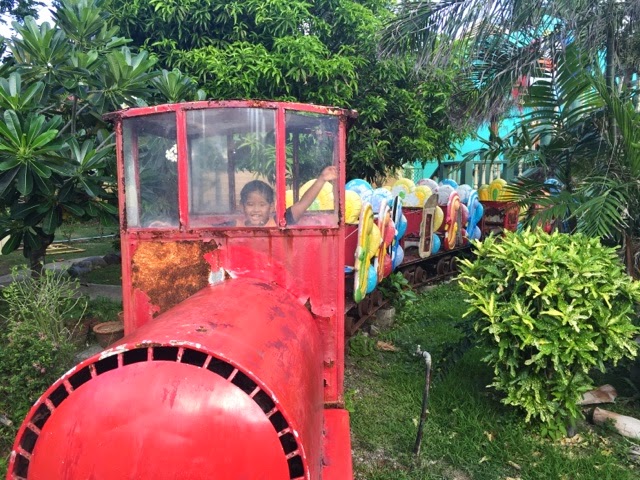 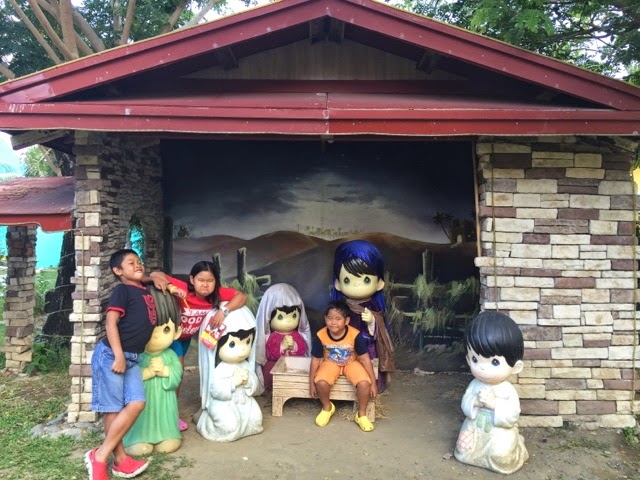 Except that it seems they're not able to maintain these facility. 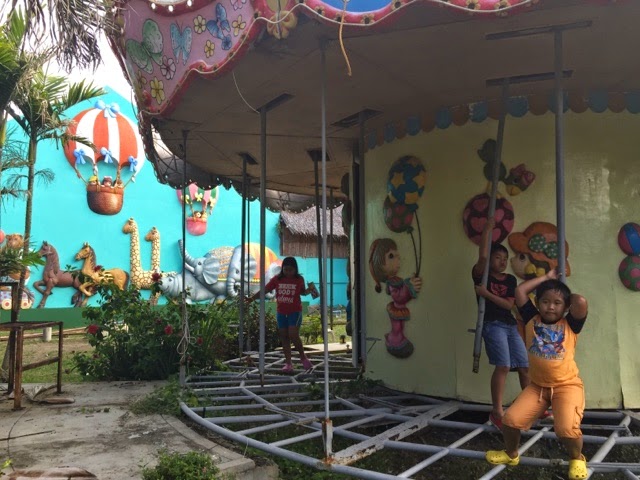 NORTH KOREA. If you had seen documentaries of North Korea, the resto or the whole places seems to look like one in North Korea. There were a lot of staff with only us and another group who were there. 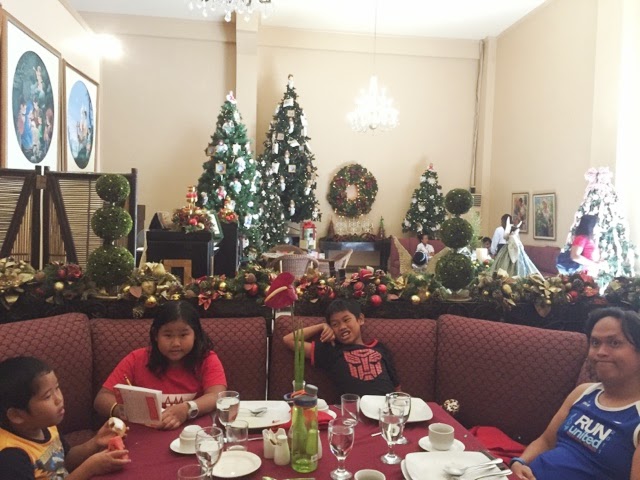 So it felt weird because it seemed they wanted to look busy but then there's nothing to be busy about. 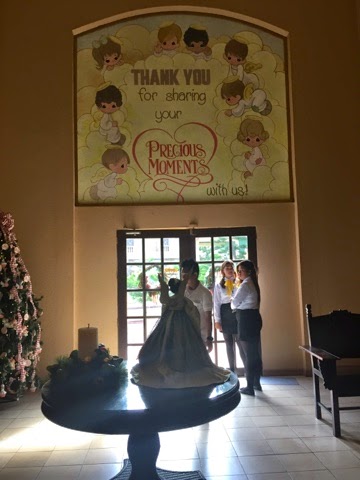 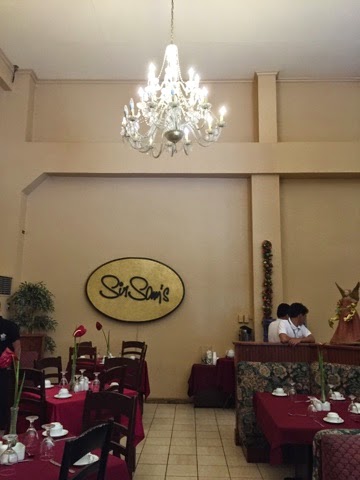 Added to that, the restaurant / reception area has no window maybe to recreate the "White Christmas" where Sam Butcher came from. 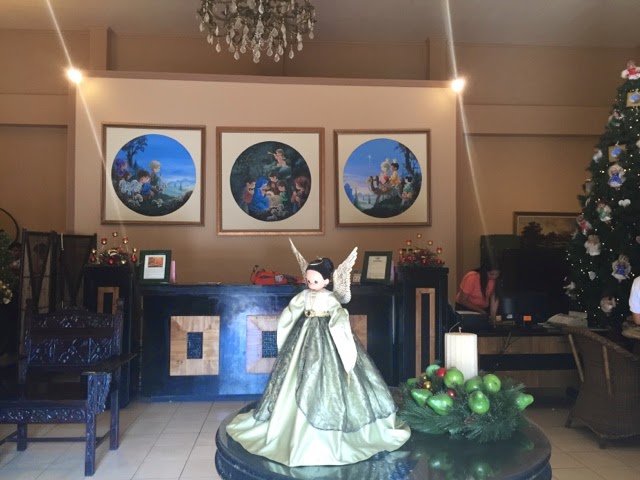 But their accommodation is clean and good enough, and the place is quiet. 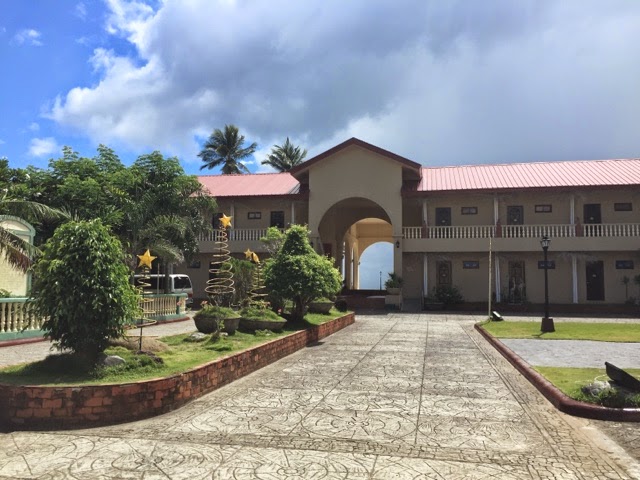 The place looked like it was in a University belt because there are universities and colleges nearby. Since it's "coastal," it's a perfect place to do a quick run.
But it's just sad to see their beaches littered with garbage. 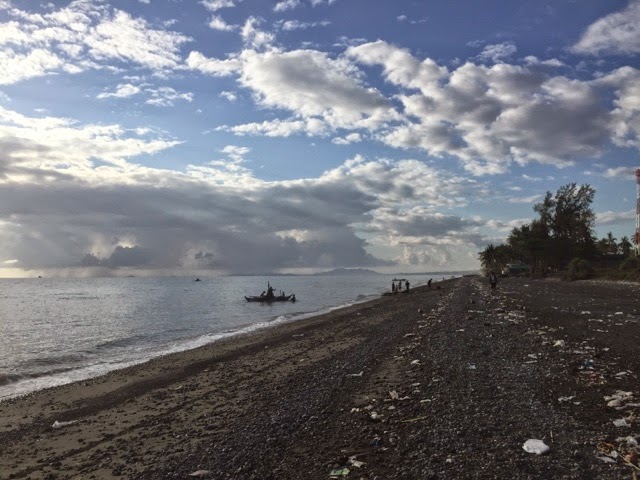 (Path to the beach.) 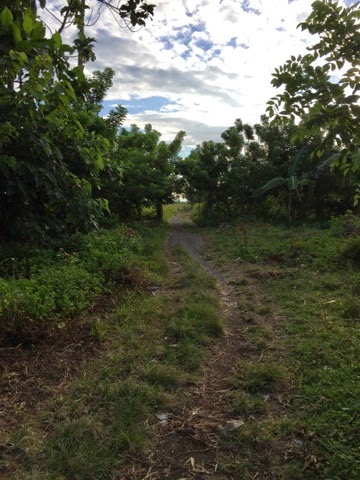 We then left early to caticlan, jump-off to Boracay.
It was probably the safest time to do a road trip because it's also the week of APEC 2015. The whole stretch from
Kalibo to Caticlan, Aklan was posted with Police / Security station. 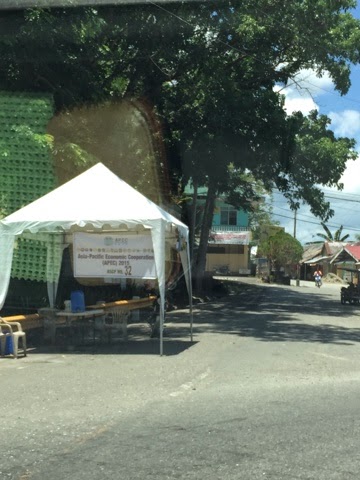 And maybe because of Boracay, the road and the area is just a pleasant to drive by. 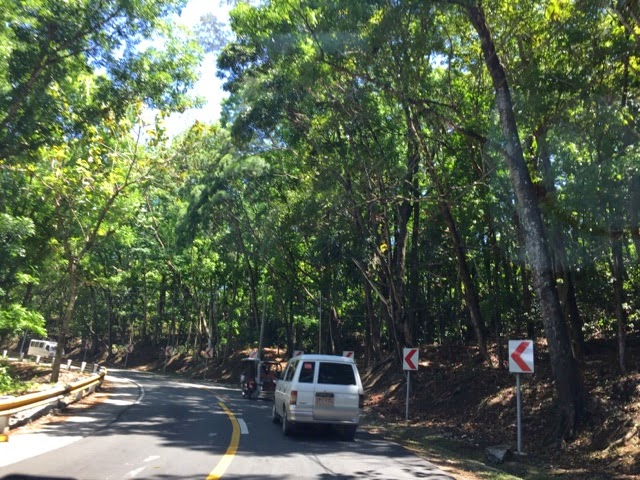 (At the Caticlan Jetty Port. Boat schedule seems to be every minute.) 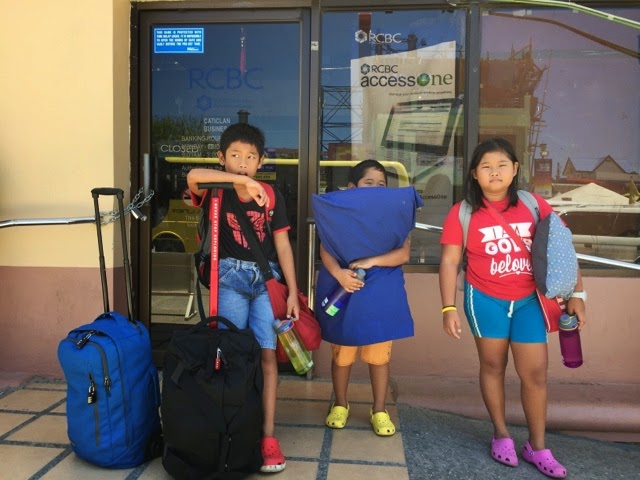 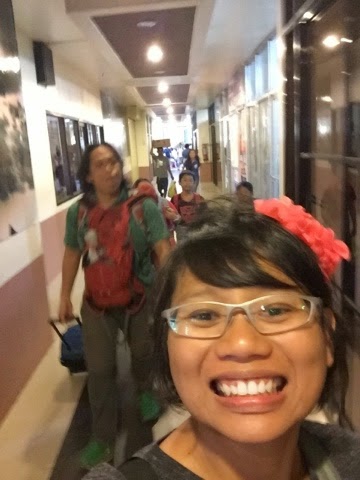 SG. We stayed at Alta Vista de Boracay, at the northern part of Boracay.
It's probably 5km+ away from the popular Boracay Station 1-3. But it's near the Puka beach, and Punta Bunga beach, and Ilig-iligan beach.
Boracay in the  northern area, gives the feel of Singapore because of the buildings left and right with a pocket of protected "trees" and beach areas, and with the hotels in the area having their own transport system -- there's that elysium feeling and that people to be living on dictated schedule unconsciously.
In a way, it kinda fits Mark perfectly. :) 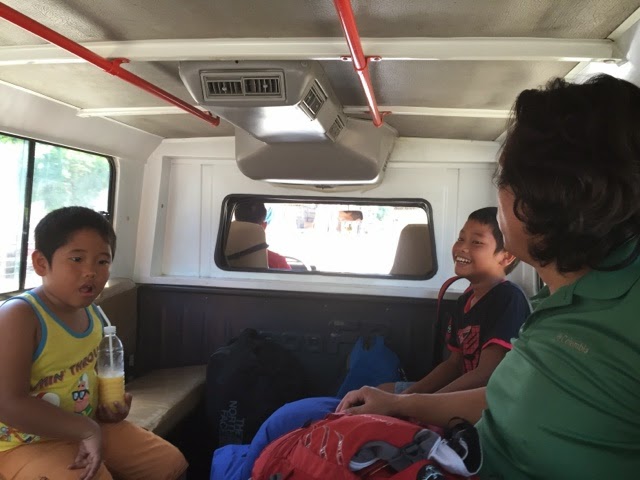 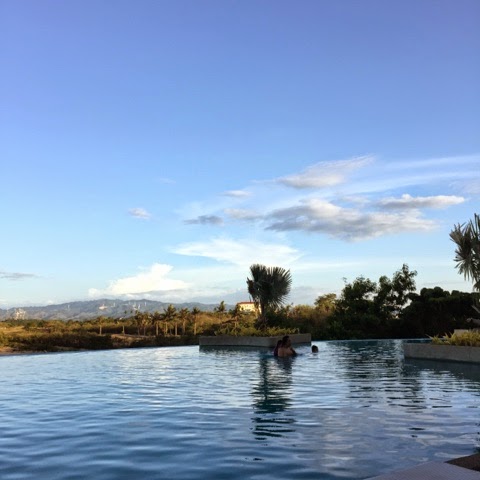 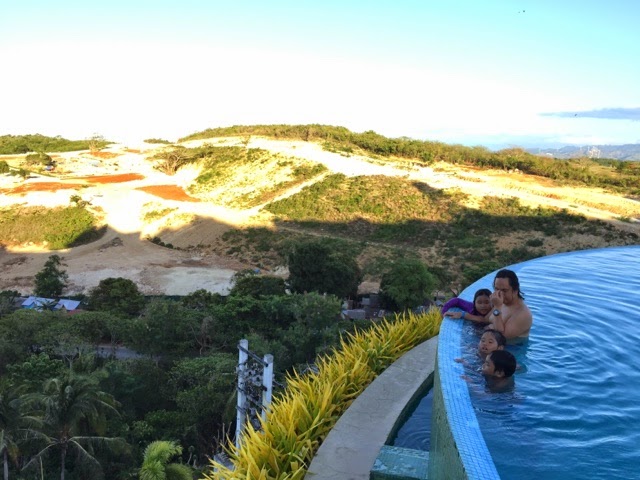 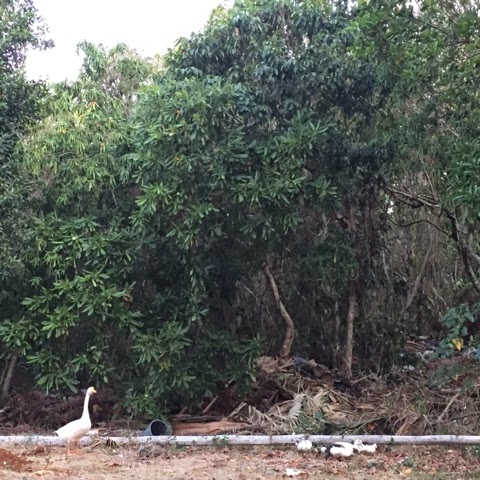 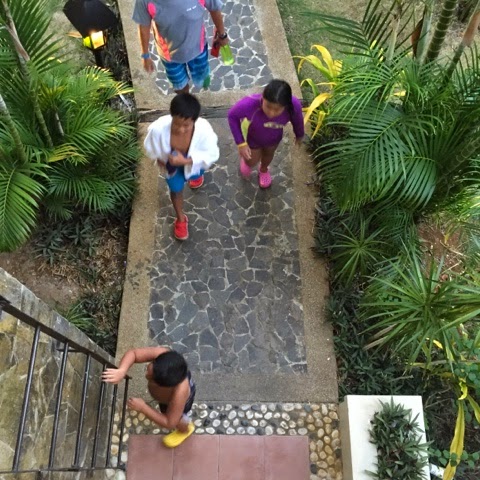 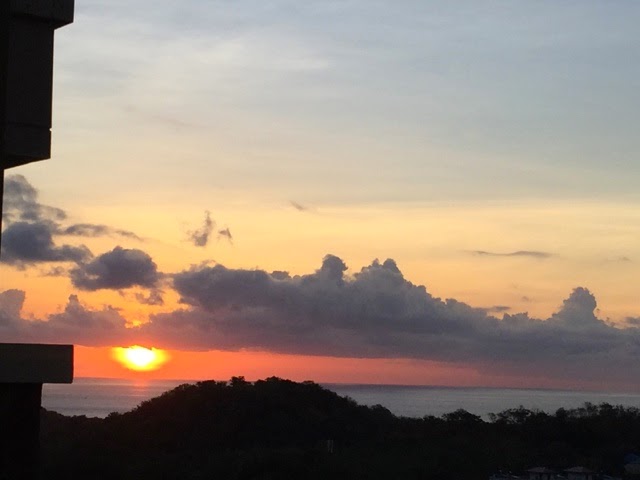