If Mark and I were personalities of areas in Iloilo City, I'd be La Paz Market and Mark would be The Atria (ongoing Ayala business park construction).
Two years ago, we stumbled in La Paz Market by random chance. We were ready to eat "authentic" batchoy from Ted's (a more popular resto joint) when a hotel guard pointed us to get inside the La Paz Market, and go to Netong's.
And, I fell inlove with it. It's like being surrounded by life comic in action in the background. (Below photo 2 years ago) 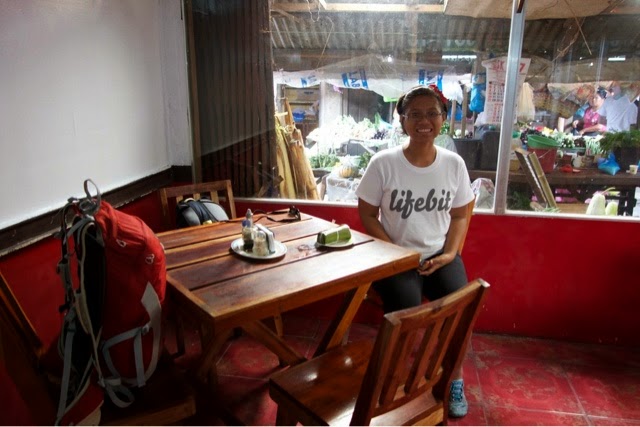 This time, it's easier to discover Netong's - no need for Manong Guard's recommendation. It's in top 10 of foursquare, and it has a branch at The Atrium. And, I wished they maintain the no-taint window. I felt seeing the chaotic public market from the inside was part of the charm back then. 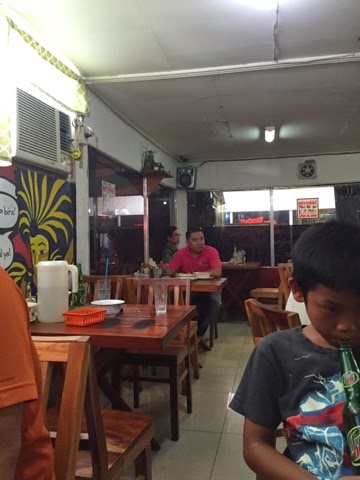 ***
So this time i was hoping we can stay near the La Paz Market area but it's tough luck... especially with Mark's choices.
But luck is on me because the hotel, La Casa Granja, we ended up booking is actually in La Paz district (Iloilo has 7 districts), and it was probably 2-3 blocks away from La Paz Market. 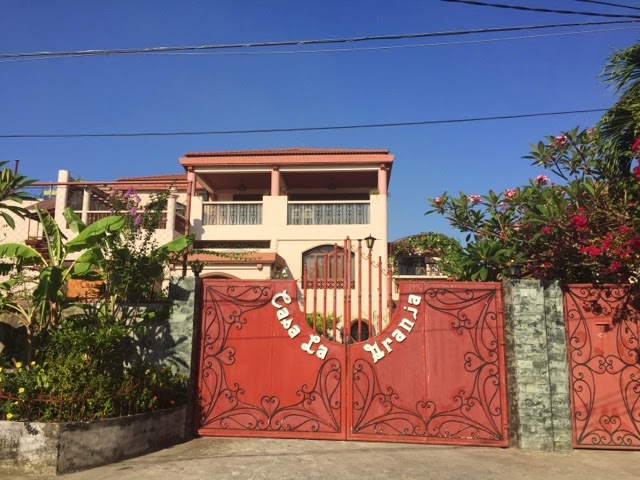 So early in the morning, i did my best to get myself around the area despite having a painful foot from the previous day's early run mishap. Because it's hard to drag Mark and the kids around the market.
I noticed that Iloilo has this arrangemet of each district of putting their plaza, church, and market nearb each other. So somehow you can feel a strong local culture in this area. 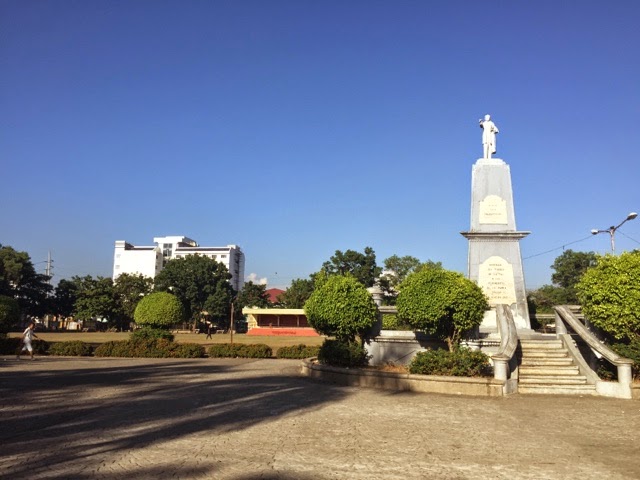 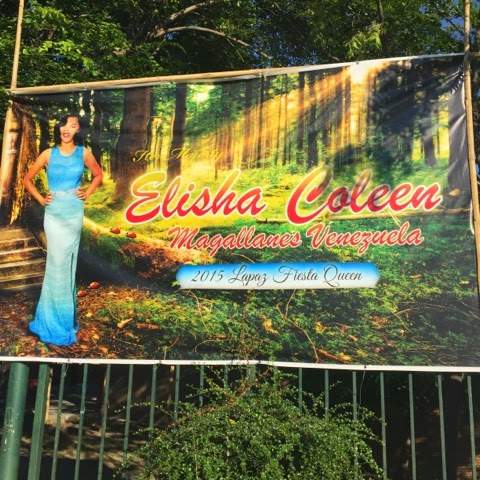 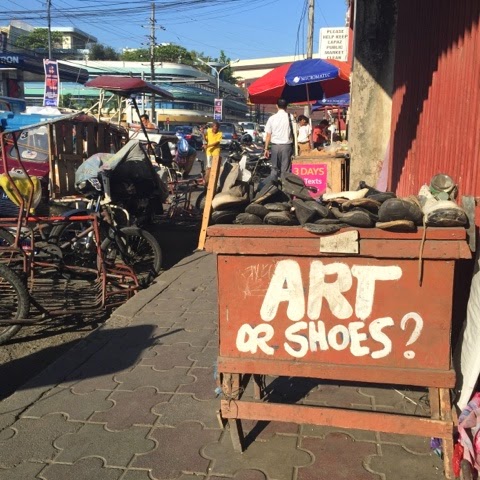 And the whole area is generally clean, and they have this ads plastered in the areas of keeping and preserving their market. 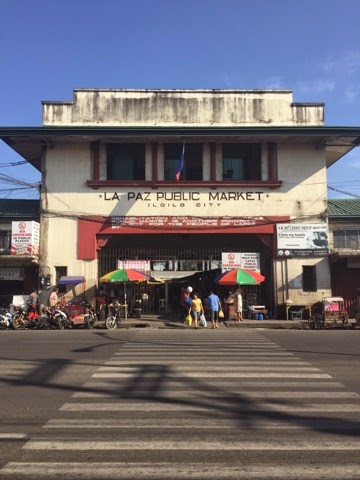 I went inside, and a few turns, i found Madge Cafe. 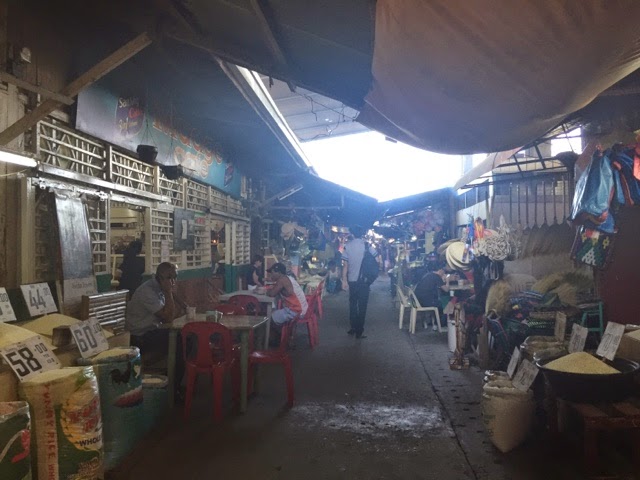 It was hard to resist not getting inside jt, and order Paolo Lim's suggested perfect cup of coffee.
So yes the Madge Cafe coffee is good in a way that it has a distinct taste, not the usual decent-enough coffee shops kind of taste. It's something like I can only get at this cafe. But i think what makes it special is, like that of Netong's, is its location. 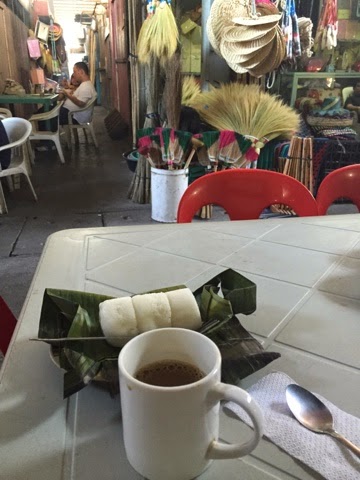 Surely, other coffee shops have probably better coffee and nice interiors but they can never replicate the feel of life around it. 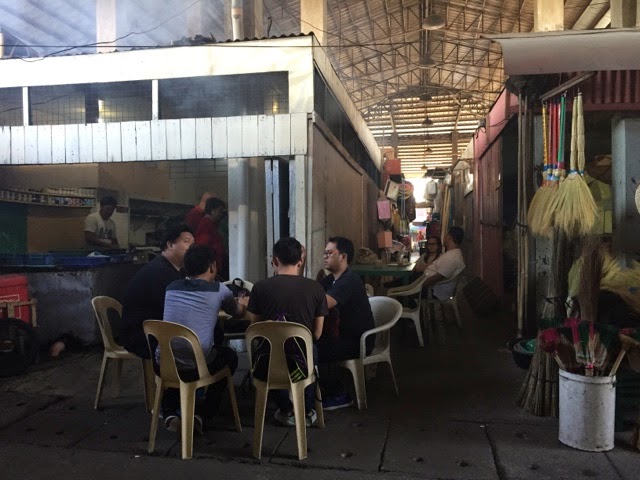 I felt awkward taking pictures becuase no one seems to be taking photos of their drink for instagram, except me. 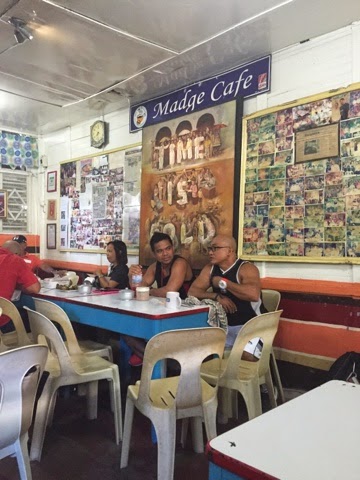 But i took the courage of asking the guy in front of me to take a mug shot of me. This was awkward! 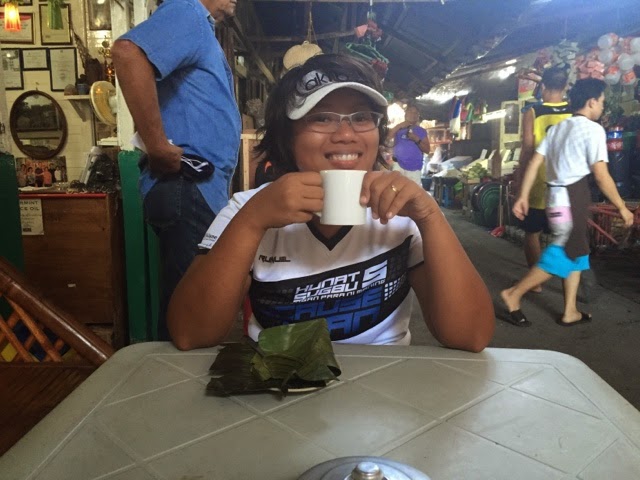 And, I could call it a day already.
On the 8th day of this #wvtrip, it kinda feels I-wanted-to-be-home-but-not-yet. We're too lazy to take a time-needy activity so we're more of like "window travelling."
The order of day was like getting from
different timelines of Iloilo:
La Paz Market 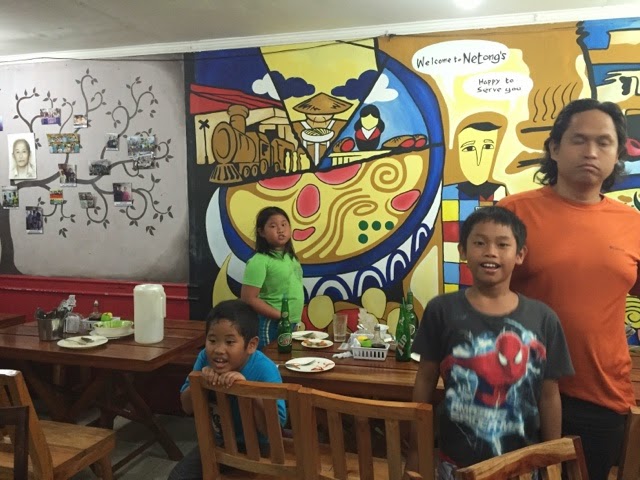 Someone looked wanting to ejected from the place already. 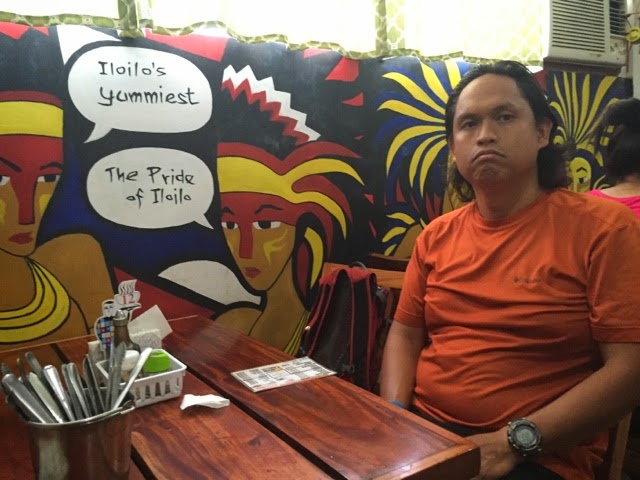 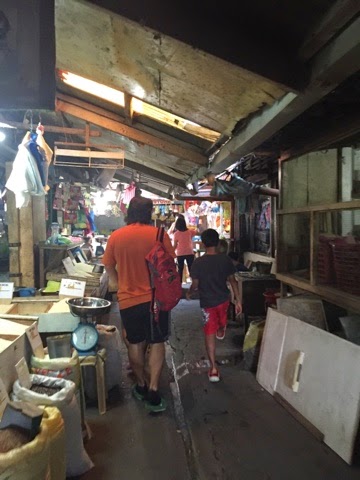 I dunno if it's foursquare and internet that Netong's had expanded, and was definitely crowded this time. I wished it was like the first time, but then it's better for the business. Somehow, Madge Cafe was able to handle it better or maybe it's because coffee could not really be that popular compared to batchoy.
Anyhow, it was nice to see that Iloilo was able to keep their "old-time" culture into recent. Compared to Cebu, either i'm unaware, but it's just hard to find the old Cebu culture -- whatever was it?!?
Next, we went to Museum Iloilo in keeping to have an "educational tour." This felt kind of so poser because I dunno how to explain the displays in the museum to the kids in an interesting way. 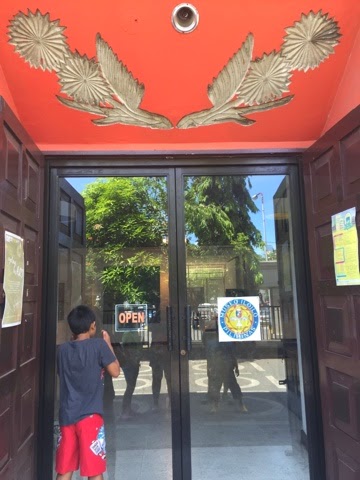 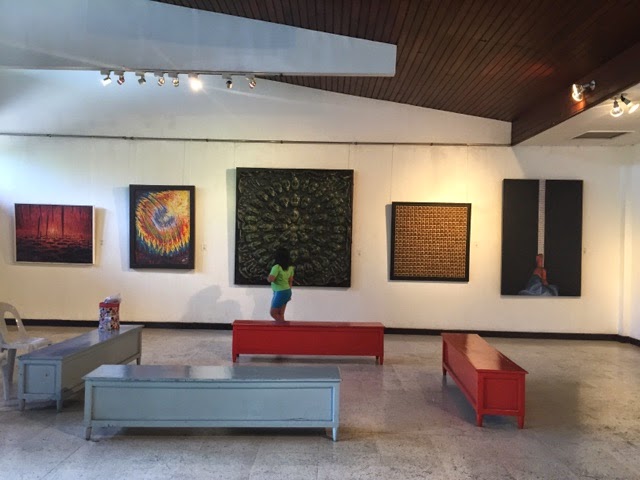 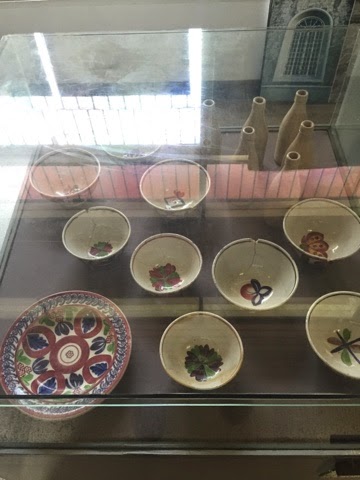 An old building beside the Museum Iloilo which seemed to be under rehabilitation. 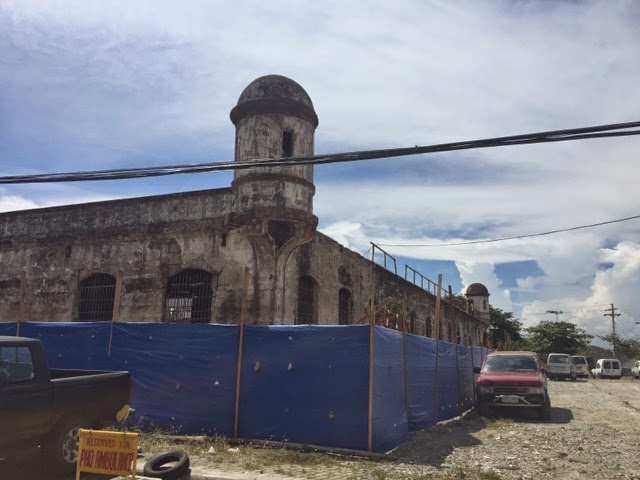 The Atrium
This is an Ayala development project. I think they're aiming to finish this by APEC time but some shops are alreay opened in this area. There is Netong's Batchoy resto in this area, which we found out too late.
We hanged out at this coffee shop for frap drinking people. 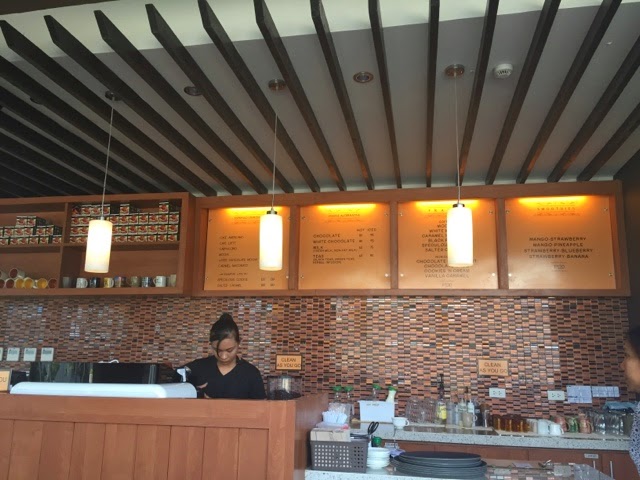 And, finally Mark is in his zone. 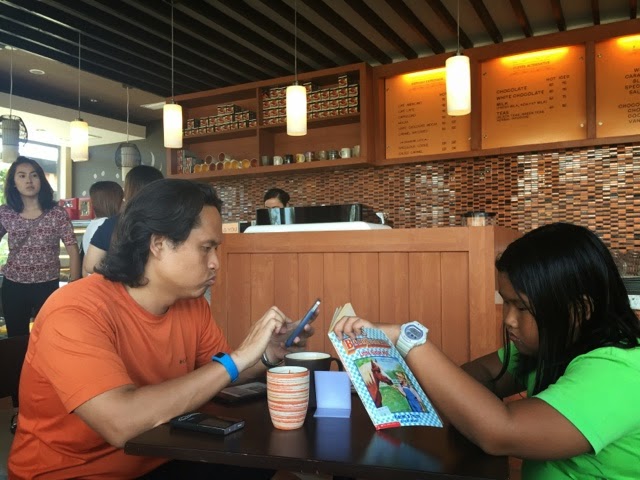 Among the 3, mati has the curiousity for coffee. 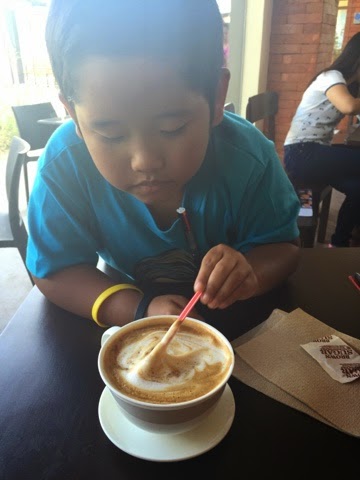 Old and new way of doodling. 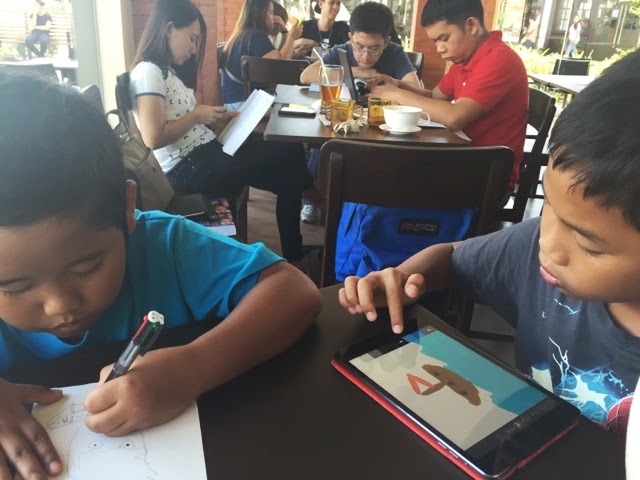 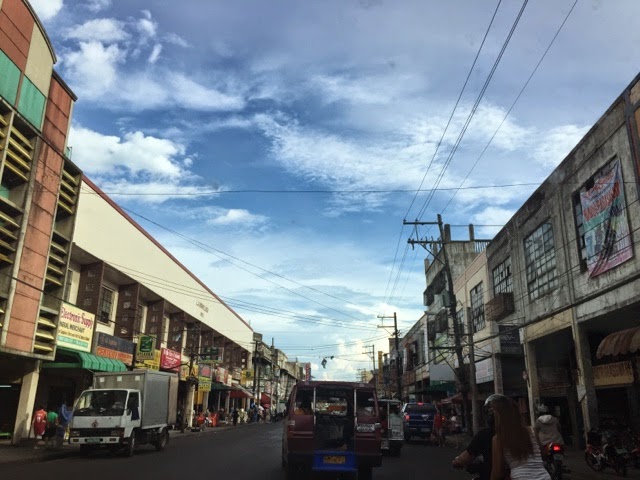 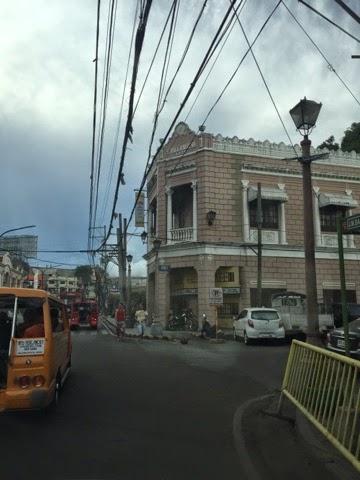 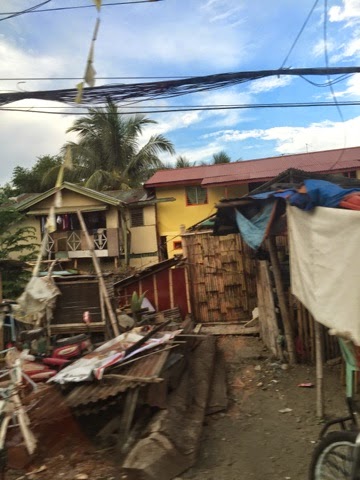 If Cebu loves skywalk and flyovers, Iloilo is more "sosyal" -- they're into "bridges." I dunno how many bridges are crossing the Iloilo river. 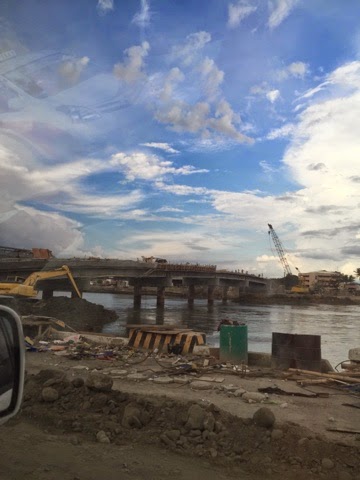 Smallville
It's a food/bar/hotel strip in Iloilo. Our hotel has a mediterranean resto in this place, and gave us a discount card. So it was a no-brainer option.
So we ended our day with kebab! Their food was not a disappointment. But, i felt they need a rebranding because La Casa Granja sounds more of a Spanish resto than meditarranean. 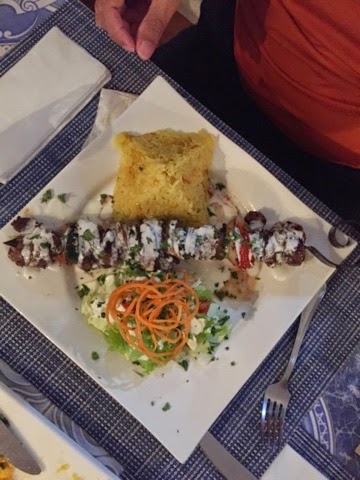 And something of a surprise is that they serve "corn" for "rice." :)
That was a long ilo-ilo day despite just being rxperienced mostly from the car's windows.
at 10:47 AM