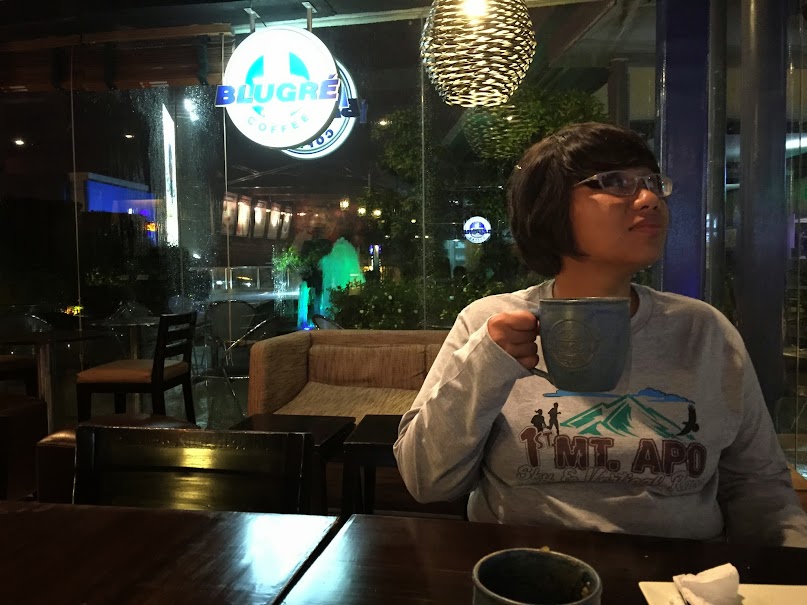 Read more about my race story of here 1st Mt. APO Sky & Vertical .. | Running and Marathon Events in the Philippines >>.

The race felt like the 21K was not-hard-enough for me, but the 42K was too hard for me. =) And, so I'm making a pact to get some of the basics right this year -- like being able to maintain an 8min/K pace for 10K then to 21K, and hopefully a 6hr 42KM by CCM 2016. =) I hope to do yoga at least twice a week. I'm contemplating of going back to the EPIC / TRX kind of workout because my core strength is really low but the thought of it makes me already want to puke so I won't force it if I won't like it. And, the hardest thing to do -- eating cleaner? 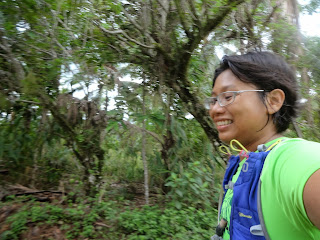 So back to our 3rd day in Davao, we finished the race around 9am. We went back to our accommodation place in Kidapawan, Boylene's, at around 11:30am. And we took a bus back to Davao from Kidapawan around 1:30PM. 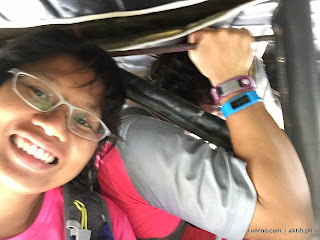 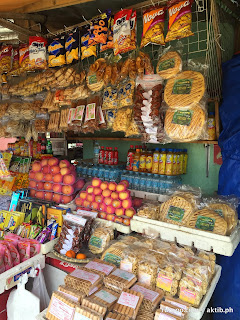 It's that weird day when you were "running" in the morning, and you're sitting in the afternoon, which is not really unusual because most of the days, I'm just sitting. 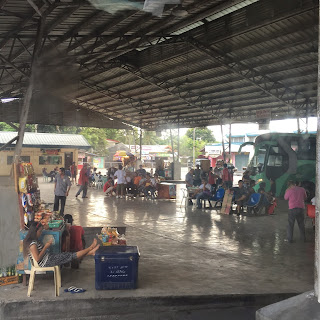 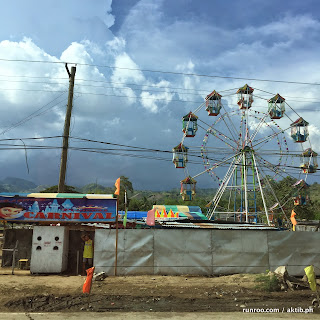 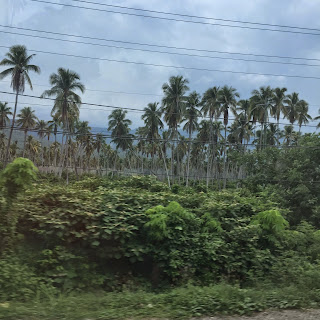 We arrived in Davao around 5pmish. I was really looking for the "Malagos cheese icecream," but it seemed like it can only be found in Malagos which is like 25KM away from the city center of Davao (it's where the Phil. Eagle park is). But instead I came across "Balik Bukid" resto, which is coincidentally just near the bus terminal.

It's an artsy fartsy kind of place, and promoting organic stuff. But their specialty is pork ribs. =) I will do a separate post of Balik Bukid resto of Davao City. 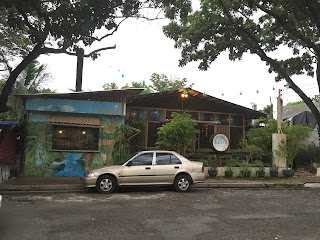 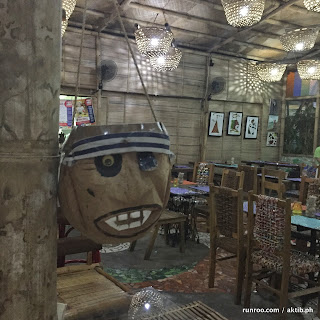 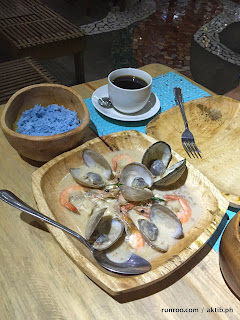 We ended the 3rd day with my craving for durian coffee (the closest I could get to eating fresh durian), with a mug shot of my "shirt" (see above photo). We went to Blu Gre at SM Lanang. The first time I'd been to Davao, I really thought Blu Gre served the best Durian coffee. But unfortunately, this time around I was not at all that sold out. Let me check on it the next time. =)

And, also the Cebu Trail Runners shirt deserved a selfie! 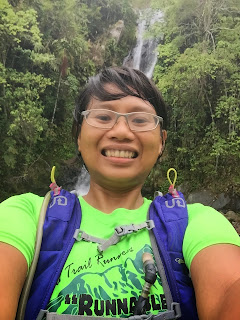